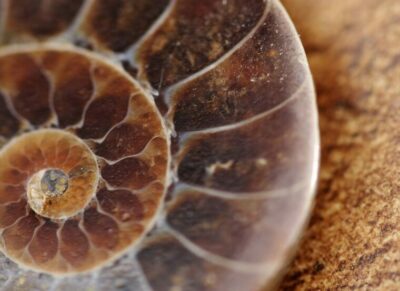 NASA’s Perseverance rover will collect and store soil samples that could contain fossils and evidence of alien life. Though the mission is just beginning, astrobiologists on Earth have been preparing for this moment for over a decade.

Ever since NASA’s Mars Viking landers returned the first controversial hints of life on the red planet in the 1970s, astrobiologists have dreamed of examining a sample of Martian soil up close.

Fortunately, since nearly all of the missions since Viking have helped establish that Mars was once habitable, future mission planners could zero in on the best places to search for signs of that ancient life.

Expected to land on Thursday, February 18th, NASA’s Perseverance rover will study one of those areas up close. An ancient lake bed named Jezero Crater. The rover will stash some of the most promising samples for a possible return mission in the future. That mission is still on the drawing board and at least a decade away, but if Perseverance successfully collects and stores these soil samples, NASA will be ready when those samples, and possible fossils, eventually return to Earth.

The soil sample return mission was first prioritized way back in 2013 during the National Academy of Sciences Planetary Sciences Decadal survey.

NASA’s Dr. Svetlana Shkolyar, a member of the Perseverance team, told The Official Debrief Podcast in an interview that the survey ultimately determined that “…returning samples from Mars and studying whether they could contain signatures of life…was defined as the biggest priority for the Mars program.”

To do that successfully, mission planners spent nearly a decade narrowing down which instruments the rover was to be equipped with, which tests it would run, and just as important, where it would conduct these tests on the red planet.

Location truly matters, and this meant taking a cue from Earth.

“(On Earth) the best place to be preserved, if you’re some chunk of carbon that is some degraded remains of some organism, is within an environment that is associated with water,” Dr. Shkolyar told The Debrief’s podcast host Michael Mataluni. “Like, at the bottom of a lake.” Jezero Crater, she notes, is a good candidate. Once Perseverance lands, the team not only hopes to find fossilized organisms but to one day bring them home for much closer study.

For Dr. Shkolyar, that is her specialty. “I look at fossils and more ancient types of life. I look at the dead stuff in rocks,” she stated.

Analysis: Alien Fossils, Soil Samples, and The Quest for Life

To allow Dr. Shkolyar and her team to do that work, the Perseverance rover has a suite of seven instruments onboard.

These instruments “are intended to look at the surface environments, and collect a cache of something like 30 little rock cores and store them, on Mars, either within its body or on the surface, for a future fetch rover to come fetch them, [and] put them into orbit,” Dr. Shkolyar explained. “And then from orbit, another orbiter will rendezvous with that capsule and bring it back to Earth. Once those samples are returned to Earth, they will be studied…in the most capable laboratories on Earth, for probably decades into the future.”

Here on Earth, researchers are already taking steps to prepare for these types of future tests. For example, Dr. Shkolyar says NASA scientists are performing tests on Earth-based soil samples in the lab that may be analogous to the ones analyzed by Perseverance. These tests are designed to create protocols so that when the real samples arrive from Mars, NASA will be ready.

“The rover will do a lot of chemical analyses on the context, the environment, of where exactly we are looking for those signs of life,” she explained. “You can’t detect a biosignature in a sample without understanding what that sample is, where it came from (and) how it got there.”

Outlook: Martian Samples Will Get Here…Eventually

Returning collected samples to Earth is still a ways off. Dr. Shkolyar believes that NASA will not launch the next mission to Mars until late in the decade, and the Martian samples won’t be returned to Earth until the early 2030s.

Still, she cautions that there is no guarantee of success even with all of the advanced instruments and preparation. She warns that life may not exist on Mars or that we may not be looking for it in the right way.

“We may not have even invented the instrumentation or technologies or even asked the right questions to determine that life existed in those rocks,” Dr. Shkolyar explained. “It may be a long time before we find something in those return samples, and it might not be anything that we expect because we don’t know what to ask yet, or how to look for it yet.”

Nonetheless, as someone who has dedicated her professional life to searching for signs of life on another planet, Dr. Shkolyar also admits that the possibilities for Perseverance to find life are there. And, “if everything goes right, those soil samples may one day make their way back to Earth in our lifetimes.”