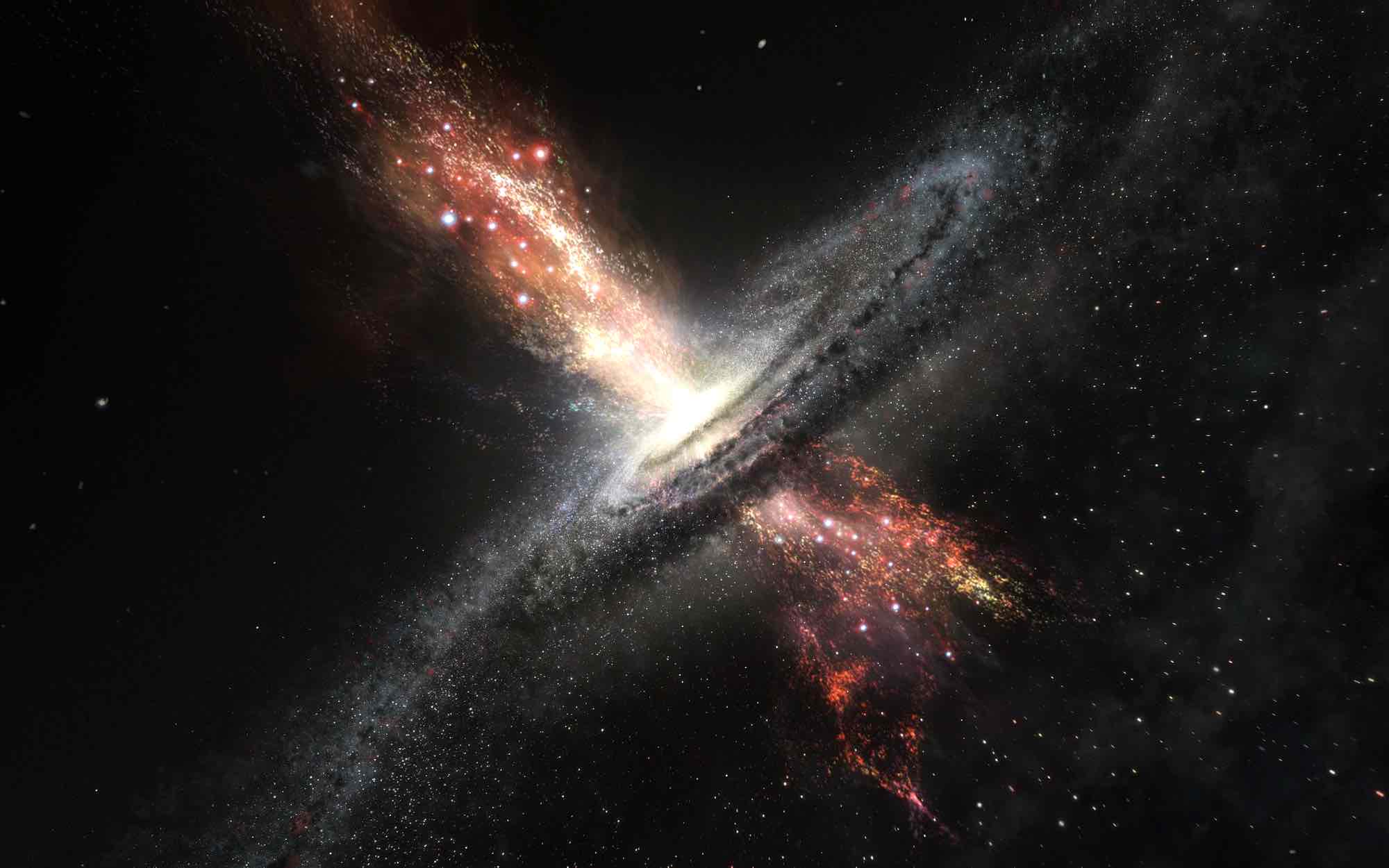 Astronomers have observed the shredding of a star by a supermassive black hole, causing it to become “spaghettified” in an event they say took place 215 million light-years away.

According to new research, astronomers with the University of California, Berkeley, say that it was the first such event bright enough to enable them to study the optical light of a stellar death event, which allowed them to discern precisely what occurred as the star came too close to a massive black hole.

The black hole that decimated the sunlike star was one million times more massive by comparison, in an event that astronomers call tidal disruption, a phenomenon that describes the near approach of a star to a supermassive black hole, which is then ripped apart by the tidal force of the black hole.

The resultant vertical stretching and horizontal compression of stellar material that occurs during the tidal disruption results in the spaghettification of the star, where its remnants take on a long and thin, but robust and gravitationally dense trail.

Based on astronomical observations collected in October 2019, data suggests that much of the stellar material was ejected away from the tidal disruption event at astonishing speeds approaching 10,000 kilometers per second. The result of this expulsion of “star stuff” was a gas cloud that blanked the black hole, obscuring most of its high-energy output as what remained of the star was steadily consumed.

Astronomers have dubbed the event AT2019qiz, and say that observations of optical light spectra from the blast indicated its polarization had been close to zero at visible wavelengths, which helped astronomers deduce the spherical shape of the cloud enveloping the black hole.

The research team says this is the first time that a gas cloud enveloping a tidally spaghetiffied star has ever been unveiled by astronomers. More significantly, deducing the cloud’s shape has helped the researchers close in on answers to why high-energy radiation in the form of X-rays and other emissions has not been detected by astronomers in past observations of tidal disruption events.

“The high-energy radiation is blocked by the roughly spherical wind of gas being blow away,” said Alex Filippenko, a member of the research team and a professor of astronomy at UC Berkeley. Past observations by astronomers have suggested that stellar debris ejected during tidal disruption events forms an eccentric asymmetrical disk, which would produce a discernable amount of polarization—that is, the electrical field of the cloud vibrating mostly in one direction as electrons are ejected from it.

However, the Berkeley team found that this was not the case in their recent study. Filippenko told The Debrief that his team’s observations also provided key data that past interpretations had not accounted for.

“The past models and expectations suggested that there should be more polarization, because of an eccentric (noncircular) accretion disk,” Filippenko told The Debrief. “But we may be seeing the roughly spherical wind that is coming from the tidally disrupted star,” which Filippenko says has appeared in some previous models. Once the gaseous stellar material is ejected outward by the spherical wind Filippenko describes, the resulting cloud obscures the X-rays produced as the star is torn apart.

“This observation rules out a class of solutions that have been proposed theoretically and gives us a stronger constraint on what happens to gas around a black hole,” said Kishore Patra, the study’s lead author and a graduate student at UC Berkeley, in a press release.

“People have been seeing other evidence of wind coming out of these events, and I think this polarization study definitely makes that evidence stronger, in the sense that you wouldn’t get a spherical geometry without having a sufficient amount of wind.”


The U.S. space agency says its study of UAP will begin in late 2022, with the complete results "made available to the public."

“The interesting fact here is that a significant fraction of the material in the star that is spiraling inward doesn’t eventually fall into the black hole — it’s blown away from the black hole,” Patra said.

Slight polarization of the gaseous stellar cloud was detected during additional observations made in early November 2019, but only by about 1%. The Berkeley research team interprets this to mean that the cloud surrounding the black hole had likely thinned by that time, allowing the asymmetric formation around the superdense star shredder to be revealed.

Each of the observations were made with the 3-meter Shane Telescope, located at Lick Observatory near San Jose, California. The telescope is equipped with the special Kast spectrograph, which allows the study of the polarization of light from across the complete optical spectrum.

“Polarization studies are very challenging, and very few people are well-versed enough in the technique around the world to utilize this,” Patra said in a statement, calling his team’s research “uncharted territory” as far as astronomical observations of tidal disruption events go.

The team’s recent paper, “Spectropolarimetry of the tidal disruption event AT 2019qiz: a quasispherical reprocessing layer,” was published in Monthly Notices of the Royal Astronomical Society.