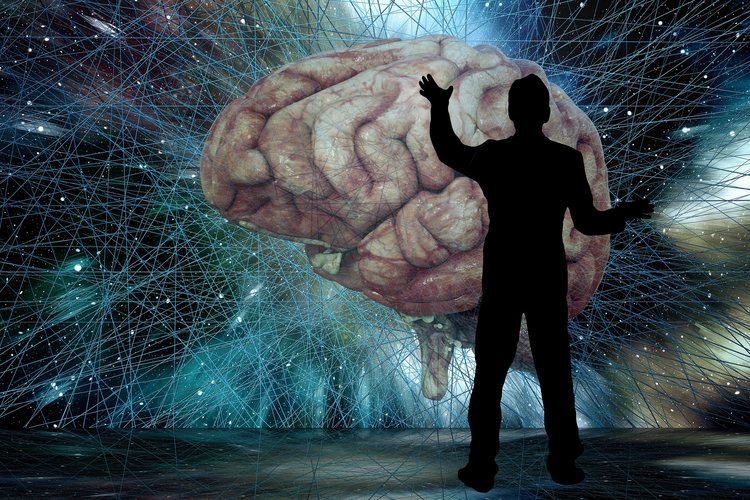 Research published in the journal Neuron confirms that nearly half of the more than 3,000 regions of the human genome that are decidedly different from all other mammals played a vital role in the rapid evolutionary advancement of the human brain.

Lacking imposing claws, rows of razor-sharp teeth, or wings to fly – the large and complex human brain is the single deciding factor that has led to humanity being the undisputed apex species of planet earth. In fact, currently lacking any proof of life in the vast expanse of space, our brains have afforded us the proverbial title of Master of the Universe.

Scientists have determined that roughly 800,000 to 200,000 years ago, early humans underwent a dramatic period of evolutionary change, culminating in the unrivaled brainpower we have today. In addition to increases in overall brain size, during this period of rapid growth, the human brain evolved to develop new brain regions, namely the neocortex, which provides humans with unrivaled higher-level functioning and cognitive abilities.

Compared to the natural selection process seen in other animals, the intense amount of evolution in the human brain in such a relatively short amount of time could be likened to the cosmological theory of how the universe suddenly came into sudden existence or the “Big Bang.”

Yet, for all of our intelligence, ingenuity, and creativity, exactly “how” and “why” – or the underlying basis leading to these remarkable changes in the human brain – has remained a mystery.

“Probably one of the most interesting questions in neuroscience is, ‘What makes us human,'” said Dr. Christopher Walsh of Harvard University and the Allen Discovery Center for Human Brain Evolution and recent study co-author, in a press release. “Specifically, what is it about the human brain that differentiates it from those of other closely related species? Looking at human accelerated regions provided us with a very targeted way to investigate that question from a genetic perspective.”

Working to tackle the lingering mystery of the human brain, a team of scientists examined 3,171 regions of the human genome, previously identified as being distinctly different from all other mammals. Genetic science calls these uniquely human regions of genetic code “human accelerated regions” or “HARs.”

“Our goal was to fill in these gaps of knowledge about which HARs had important roles in the brain, and how, so that we and other researchers could take the most important ‘brain HARs’ and perform deeper tests of their evolutionary function,” research co-author, Dr. Ellen DeGennaro, reported.

Researchers developed an applied approach called CaptureMPRA to leverage barcoded molecular inversion probes to capture entire HAR elements and their surrounding DNA. Overcoming some of the limitations of earlier methods, scientists examined critical differences in HAR enhancer function between humans and chimpanzees through this new technique.

Scientists examined data collected through the CaptureMPRA technique with epigenetic data in human fetal neural cells to identify HARs that appeared to serve an essential role in brain development.

Examining the results, scientists say they uncovered HARs activity specific to the brain and other activity limited to the development of specific cell types in the fetal brain, as opposed to the brains of adults.

In particular, researchers found that one HAR-regulated gene, called PPP1R17, was shown to have undergone rapid changes in the cell-type and developmental expression patterns of non-human primates and humans. These same changes were likewise noted between non-primates and primates.

The HAR-regulated gene PPP1R17 was also found to slow the progression of neural progenitor cells through the cell cycle. Researchers say this is noteworthy because the lengthening of the cell cycle and slowing of neurological development is a crucial feature of the human brain.

Being Read on Reddit: How an AI Model can Predict a User’s Mental Health

Researchers say the results show that many HARs indeed act as neurodevelopmental enhancers. As these human sequences diverged from other mammals, scientists say the genetic regions significantly increased their role as neuronal enhancers.

In addition to publishing their findings in the journal Neuron, researchers created an easily searchable online database called HARHub, providing access to the new datasets of common and rare human HAR sequence variations. Serving as an open resource to fellow scientists, researchers say the database has already provided some “intriguing” insights.

The recent findings also support previous research, which has found that humans occupy an entirely unique position on the tree of life thanks to an unprecedentedly large number of genetic mutations and intense selection processes in a concise amount of time.

“Our work provides an important advance in studying many genomic regions at once to help us piece together the very complicated but compelling picture of human brain evolution,” said Dr. Walsh. “Our data suggest that evolution of the human brain involved changes in dozens or perhaps even hundreds of sites in the genome, rather than just a single key gene.”

Ultimately, the recent findings help chip away at the “how” question surrounding the human brain’s puzzling “big bang.” The “why” still remains elusive.