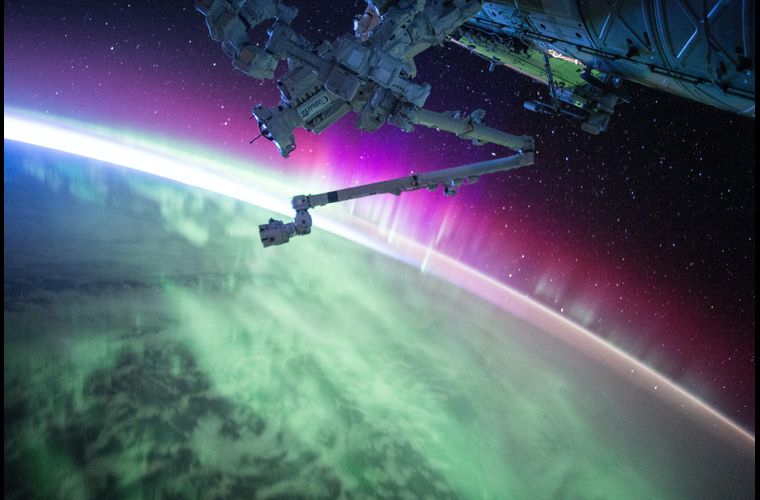 Astroport Space Technologies has been awarded a new contract from NASA to help build launch and landing pads on the Moon. (PC NASA)

From developing private space stations around the Moon to 3D-printed lunar outposts, NASA is trying to cover all its bases as it pushes forward toward its goal of returning to the Moon in the next 2-3 years.

The latest of these collaborations is a recent contract awarded to Astroport Space Technologies and its partner, the University of Texas at San Antonio (UTSA), to work with lunar regolith to develop landing and launch pads on the Moon.

Background: What is Lunar Regolith?

Regolith is an umbrella term referring to any type of material covering solid rock. This can include things like dust, sand, or soil. On the Moon, lunar regolith refers to the gray dust that creates unique footprints from visiting astronauts.

This powdery dust, while everywhere, has caused NASA some problems in the past. In the early Apollo missions, NASA scientists worried that the lunar landers would sink into the regolith, like a car into a snowbank.

Thankfully, landings that the robotic spacecraft Surveyor performed before the Apollo missions showed that the lunar regolith was steady enough for landing.

All astronauts who have visited the Moon have mentioned that the regolith seems everywhere and can cause coughing or irritation to the eyes and nose. However, its pure powder makes it very valuable for landing and launch pad construction.

Astropart Space Technologies (also called Astroport) is a space architecture company founded in 2020 as a subset of the Exploration Architecture Corporation.

Their goal is to create landing and launch pads using lunar regolith and other space materials, making construction significantly cheaper and faster.

To create the pad, the company would most likely use lunar regolith as a type of concrete, mixing it with a liquid adhesive to create a solid structure. Other companies are also looking into this process as a way to construct lunar outposts.

“We are pleased that NASA continues to place confidence in our team’s ability to define and develop technologies and processes for lunar infrastructure construction,” said Astroport’s Founder and CEO, San Ximenes. “Under this new contract, the Astroport team will continue its work on the overall construction system architecture we started last year. Our objectives are to advance the state-of-the-art with geotechnical engineering and civil engineering processes for bulk regolith manipulation using a ‘regolith works’ toolset for preparation of the lunar launch/landing site.”

Using regolith to construct dwellings and other structures in space may save high costs. This has led many companies to look at regolith on other planets, particularly Mars, for a similar purpose.

Martian regolith is a finer powder than lunar regolith but could still be used in future space construction. While the timing of any Mars missions is still years away, many are looking to use the planet’s resources to make it as hospitable as possible.