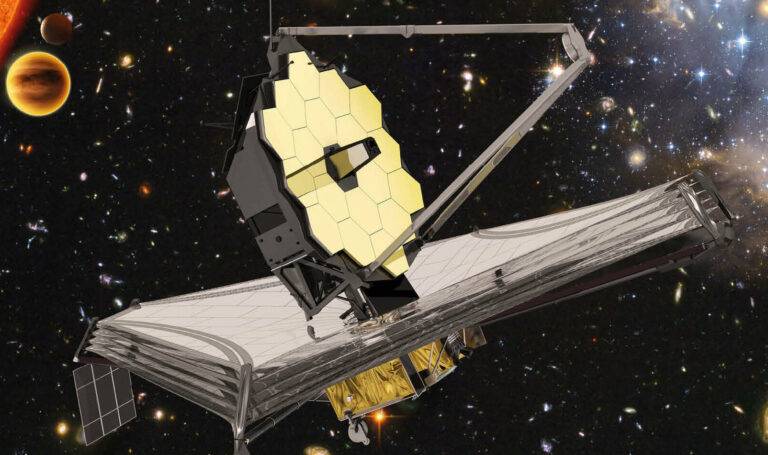 The long-awaited launch of the James Webb Space Telescope, successor to the legacy of the Hubble Space Telescope and to NASA’s astrophysics mission, recently saw a minor setback in advance of its December launch.

Originally scheduled for launch on December 18, 2021, the telescope’s itinerary has now been adjusted to allow for additional tests after an “incident” during launch preparations in Kourou, French Guiana, where it is currently housed. According to NASA, the incident has pushed the launch readiness date for Webb back four days, with an expected launch date of December 22.

“The incident occurred during operations at the satellite preparation facility in Kourou, French Guiana, performed under Arianespace overall responsibility,” read a brief update posted at NASA’s official blog for the James Webb Space Telescope. According to the post, technicians were preparing to connect the telescope with the launch vehicle adapter that will serve as the method of attaching Webb with the upper stage of the Ariane 5 rocket that will carry it into orbit next month.

“A sudden, unplanned release of a clamp band – which secures Webb to the launch vehicle adapter – caused a vibration throughout the observatory,” the post reads.

In response to the unplanned release of the clamp band, NASA convened an anomaly review board to assess the situation and attempt to discern whether any vital components of the telescope were damaged during what the space agency referred to as an “incident.”

A joint operation between partners that include the European Space Agency (ESA) and Canadian Space Agency (CSA), the James Webb Space Telescope is slated to be the flagship of NASA’s ongoing mission to trace the history of our observable universe. Future studies the telescope will perform range from the study of distant galaxies in fuller detail than has previously been possible, to studies involving our own solar system and clues about its origin.

Among its planned studies, NASA announced just days ago that Webb will be able to provide valuable new information about “sub-Neptunes,” planetary bodies smaller than Neptune, but larger than Earth and closer to their stars than our own Sun is to Mercury. Representing the most common planetary type in the galaxy, Webb will be able to provide the clearest picture yet of these mysterious planets, in a pair of programs scheduled for the telescope’s first year in operation. These include GL 1214, which NASA calls “the archetype sub-Neptune,” along with the more recently discovered TOI-421 b.

As far as Webb’s current status, and whether NASA’s premiere telescope will be ready for its new December 22 launch date, the space agency says it plans to keep the public informed.

“NASA and its mission partners will provide an update when the testing is completed at the end of this week,” NASA’s blog post said.