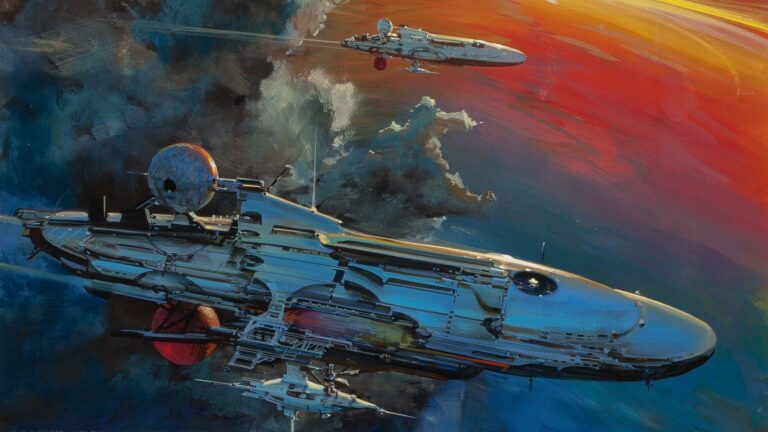 This past Friday, NASA announced they were enlisting the public’s help and offering up to $21,000 in prize money to envision the future of aviation.

Called the “Future-Scaping Our Skies” challenge, NASA says they want to hear people’s thoughts on how aviation might be transformed in the next 30 years and the impacts it will have on “societal, economic, technological, environmental, political, and regulatory trends.”

“We’re calling on the public to give us their visions of the future connected to aviation, as well as related needs,” said Keith Wichman, lead of the Convergent Aeronautics Solutions project at NASA’s Langley Research Center in Hampton, Virginia, in a press release. “The input we receive from this challenge will help us build a better understanding of possible future state scenarios and make better decisions about technology developments today.”

The “Future-Scaping Our Skies” challenge is being hosted by NASA’s Convergent Aeronautics Solutions (CAS) project.

Started in 2016, NASA’s goal with CAS is to facilitate the rapid increase in innovation and “change the way airplanes fly and the aviation industry along with it.” To accomplish this, CAS invests in novel, transformative concepts and “seemingly improbable ideas.”

Global operations management company Shoshin Works, and HeroX, a networking platform for crowdsourcing solutions, will be managing the “Future-Scaping Our Skies” challenge on behalf of NASA and CAS.

“As this program explores the future of aviation, our global crowd can help envision scenarios that might be possible in 30 years. The ability to access such a diverse pool of multi-disciplinary perspectives in one community is so powerful for a scenario planning effort. We expect to see great insights emerge from this effort,” said Christian Cotichini, CEO, HeroX, in a press release.

NASA says the motivation behind crowdsourcing the public’s thoughts is to inform planners of potential long-term scenarios and reduce uncertainty in the impact innovative advances in aviation could have on greater society.

Seemingly, having some foreknowledge of current aviation trends and technologies would be critical to adequately measuring the future of aviation in the next three decades. However, NASA says they want to hear a diverse range of perspectives, expressly encouraging individuals with “non-aviation” backgrounds to participate.

“Traditional aviation supply chain models and research partners are steeped in aviation knowledge. We are seeking to augment this knowledge with input that spans every sector of expertise and embraces the innovation and agility of entrepreneurs,” reads the FutureScape challenge overview.

In essence, NASA wants to hear what non-aviation experts and the general public think the next 30 years of flight will look like and the impact they believe aviation advances could have.

NASA’s only requirement is that participants be U.S. citizens or submitted by a U.S.-based organization.

“We are engaging innovators, technologists, economists and futurists to help us envision what future state scenarios might unfold that could inform what society will need of aviation in thirty years,” a statement by Dyan Finkhousen, Chief Executive Officer, Shoshin Works reads.

For the challenge, participants are asked to submit a white paper on how aviation will play a significant role in the following future scenarios:

If none of these broad scenarios sound appealing, NASA is also allowing competitors to develop their own unique future of aviation scenarios to expand on.

Participants can make submissions individually or as a team. Equally, challengers have the option to solicit other enrollees to form a team or join on with an already existing group working on the challenge.

Submissions will be judged based on clarity, substantiation of the scenario prediction storyline and timeline, and visual synthesis.

In total, $21,000 in prize money is up for grabs, with $7,500 going to the participant judged to have provided the most compelling overview of their future aviation scenario.

“The diverse range of responses could help inform NASA’s aviation-related efforts,” said the head of NASA’s CAS, Wichman. “We are excited to see what the public can envisage.”

The deadline for submitting an entry is June 1, 2021. NASA says they expect to finish judging and announce the winners by July 28, 2021.