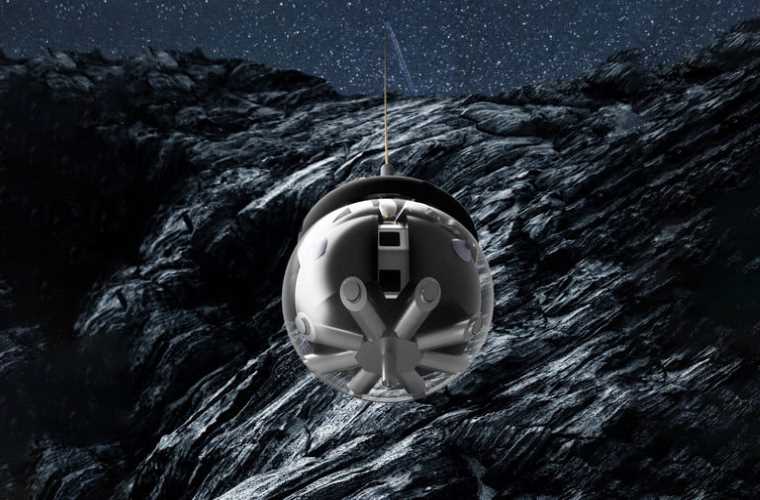 A team of researchers from Germany’s University of Würzburg have developed a new type of drone explicitly designed to explore and map the Moon’s lava tubes. Named DAEDALUS, or Descent And Exploration in Deep Autonomy of Lunar Underground Structures, this first of its kind, spherically-shaped exploration vehicle bears a striking resemblance to Poe Dameron’s droid BB-8 in the 2015 film Star Wars: The Force Awakens. However, unlike that science fiction sidekick, this real-world device is almost ready to take on its mission, one which may one day lead to building permanent human habitats inside these potentially cavernous tubes.

“Lava tubes are particularly interesting since they could actually provide, in the far future, shelter to humans from radiation and all the nasty effects you have on the moon,” said project lead Dr. Andreas Nüchter in a recent interview with Digital Trends. “If you plan to live on the moon, it would make sense to use the existing geologic structures to go underground.”

Back in 2009, the Japanese Space agency’s (JAZA) lunar probe Kaguya spotted a pit on the moon’s surface. According to Nüchter, that pit is likely over a hundred feet deep and may be the entrance to a massive lava tube created billions of years ago. “People can definitely stand up and walk there,” Nuechter said. “It looks basically like a big cave.”

By 2019, the European Space Agency had created a program hoping to determine how to best explore these possible tunnels. Then, in 2020, the ESA selected five of these proposals for further development, including DAEDALUS.

“Exploring and mapping these tubes could provide new information about the Moon’s geology, but they could also be an interesting option as long-term shelter for future human visitors to the Moon,” said Franceso Sauro, Director of ESA’s PANGAEA planetary geology astronaut training, in the program’s press release. “They would shield astronauts from cosmic radiation and micrometeorites and possibly provide access to icy water and other resources trapped underground.”

With the ESA’s go-ahead, Dr. Nuchter’s team started small, literally, building a 10cm diameter prototype to test the basic technologies that will be incorporated into the final design. This included using LIDAR, which will scan and map the inside of the lava tube’s surface. Unlike mapping with conventional cameras, the doctor pointed out that LIDAR needs no additional light source, making it perfect for operating in the lava tune’s stygian conditions.

Following a series of successful tests with the first prototype, including mapping surfaces accurately while the rover was rotating, a second prototype was built to perform even more tests. According to the team’s site, this included “prov[ing] that a spherical robot could reliably be moved in one direction using a drive based on the impulse generated by the conservation of angular momentum.” That prototype, the project site states, also “produced a 3D point cloud using a 2D laserscanner rolling together with the sphere,” and “the scans were combined not only with orientation but also with position information.”

Like the first prototype, the team’s second model passed all of these tests. However, the team notes that much better performance in terms of 3D mapping (could be) achieved by rotating a laserscanner, which can create 3D scans on its own even without rotating. That design improvement was included in the third and final test model, prototype III, which returned a cleaner, much more detailed 3D image.

The team also connected the device to a 50ft tether they built specifically for this purpose and ran several successful tests lowering and detaching the vehicle for autonomous operation.

Outlook: Robots on the Moon

The ESA indicates that once they choose from the five proposals, something they have yet to do, it will likely be a decade or more before the drone is delivered to the Moon to perform its first mapping operation. However, even though the designs for the final version of their rolling rover are still on paper, Dr. Nuchter and his team believe their first three prototypes’ successes show that they are ready now.

“We believe this is realizable with today’s technologies, we do not have to wait something like 10-15 years,” he said in the Digital Trends interview. “I’ve been [working in this field for] something like 20 years, doing research into robotics and laser scanning mainly. In those past 20 years, robotics and laser scanning have advanced a lot to the point where the type of mission we’re proposing has become feasible.”