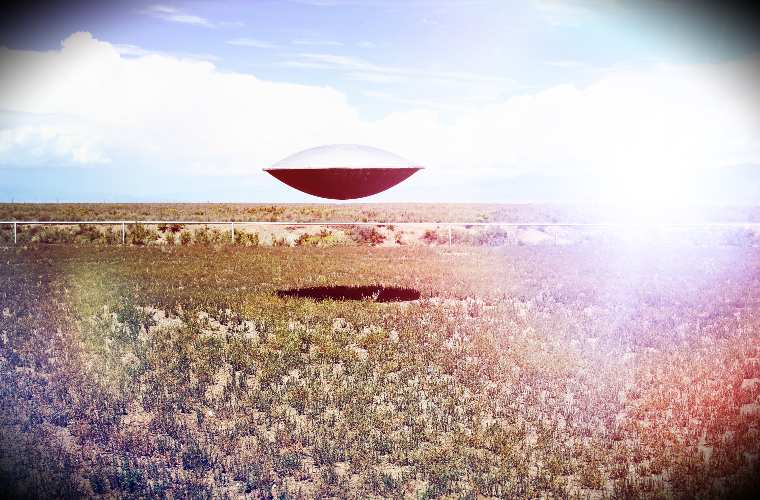 As if 2020 wasn’t dramatic enough, it was also a rather surprising year for UFOs. As news of a U.S. government UFO Task Force to an official request for pertinent UFO information by the Senate Intelligence Committee strategically slipped into a Covid-Relief bill, the quiet and polite northern nation of Canada saw a spike in reported UFO sightings.

Ufology Research (formerly Ufology Research of Manitoba) has been soliciting annual Canadian UFO case data since 1989. The group’s goal has been to provide this data for use by researchers attempting to understand the UFO phenomenon. Since its inception, the lead editor on the survey has been Winnipeg-based UFO researcher and contributor to The Debrief, Chris Rutkowski. Rutkowski uses independent UFO researchers and reporting organizations, social media, and even government bodies such as Transport Canada and Canada’s government-mandated Communications Instructions for Reporting Vital Intelligence Sightings (CIRVIS) system to compile reports for the survey.

The most intriguing part of the survey was the massive 46% increase in reported UFO sightings in 2020, totaling 1,243 sightings across Canada. In an email, Rutkowski tells The Debrief: “It’s rather remarkable. Contributing factors likely include the pandemic, which precipitated lockdowns and forced people to spend less time inside venues and more time at home where they could have a wide-open sky to look into if they wanted.” With many people being home more often and looking up into the skies, it’s also possible that many people are reflecting more on their own lives and their place in the universe. This could lead many to want to know what else may be out there among the cosmos.

Several of Canada’s UFO sightings that were reported in those wide-open skies stood out for Rutkowski. One event in Toronto in January of 2020, an anonymous witness reported the following: “I was shoveling snow on my balcony when I saw something in my peripheral vision. When I looked up, it was about four or five feet away from me, levitating above a roof. It was about 7 feet long, silver on both sides with two black (not sure how to describe them) at each end [sic]. Almost like camera shutters. It had no noise at all. I stood there staring at it, and the one side kind of folded… I went to the end of the balcony to get a better look, and it was gone, or I couldn’t see it.”

Another event occurred in July of 2020 near Pickle Lake, Ontario. A North Star Air Ltd. Aircraft pilot, traveling from Thunder Bay to Sachigo Lake, Ontario, reported an object passing over their right-wing, approximately 3 feet in diameter. There was no air traffic in the vicinity on radar, and it left the pilot baffled.

The survey includes everything from time of day, shape and color of an object, geographical location, duration of the sighting, reliability of the report, and everything in between.

“Every parameter noted in a UFO report tells us something,” Rutkowski explained. “Colors are an intriguing aspect of witnesses’ descriptions and can give clues as to what was seen. Most objects described by witnesses as having a color were considered white. Objects that are blue or green very often are bolides or fireballs if seen with the eye, and most often internal camera lens reflections or sensor images if found only on photographs. UFOs that are said to be orange often turn out to be paper lanterns set aloft during festivals or small event celebrations. Objects that are black are what any object seen against a bright daytime sky would be. What this tells us is that in conjunction with other facets of UFOs, colors can help investigators in their work.”

The survey consists of four operative categories: explained, insufficient information, possible or probable explanation, and unknown or unexplained. In 2020, a staggering 13% were classified as unexplained, among the highest percentage the survey has had since 1989. “It may be higher this year because nowadays, people tend to only report a UFO if it’s very, very unusual, driving up the percentage,” Rutkowski theorized. “It’s actually good news because that means most people might not be bothering as much to report “ordinary” lights in the night sky.”

And while the number of unexplained cases was relatively high, Rutkowski cautions not to immediately jump to the extraterrestrial hypothesis as an explanation for this high percentage of reports.

With UFOs in the mainstream media now more than ever, many military-witnessed cases have become the focal point in news articles, broadcasts, documentaries, and television shows, setting aside a large portion of civilian sightings and reports. Surveys such as that done by Ufology Research show that every day people in all walks of life are witnessing and experiencing UFO phenomena, no matter what their explanation may or may not be. This becomes a counterpoint to many skeptics who state that UFOs have become less prevalent since advancements in smartphone technology and recording equipment.

“The data shows that UFOs have not gone away, much to the chagrin of debunkers. The trend is that UFO report numbers are steadily increasing over the years, particularly when you look at longitudinal studies like ours,” Rutkowski concluded. “This doesn’t prove that UFOs are a physical phenomenon, but might be sociological or psychological, and in any of those three possibilities, they are worth studying scientifically.”