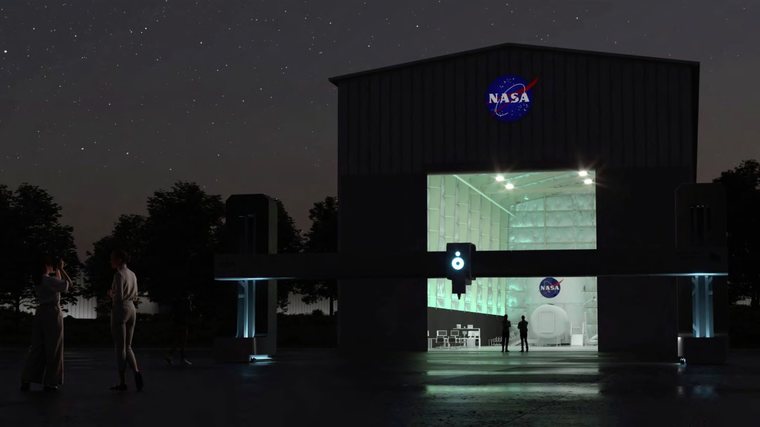 NASA is currently taking applications for people willing to spend a year pretending to be astronauts living in isolation in a simulated Martian habitat.

The four successful applicants will end up spending the next 12 months at Johnson Space Center in Houston, living in NASA’s Mars Dune Alpha, a 1,700 square-foot 3-D printed Martian habitat designed by Denmark based BIG-Bjarke Ingels Group and printed by ICON.

ICON says the module will feature a mix of fixed and movable furniture to “allow crew members to reorganize the habitat according to their daily needs, as will the customizable lighting, temperature, and sound control – helping regulate the daily routine, circadian rhythm, and overall well being of the crew.”

“This is the highest-fidelity simulated habitat ever constructed by humans,” said ICON co-founder and CEO Jason Ballard.

Not precisely a faux Mars vacation, NASA says throughout the year, crew members will face many challenges meant to simulate similar obstacles astronauts might encounter during an actual stay on the Martian surface, including “resource limitations, equipment failure, communication delays, and other environmental stressors.”

Crew members will also be required to fully embrace their role as pretend astronauts, conducting “simulated spacewalks, scientific research, use of virtual reality and robotic controls, and exchanging communications.”

Ultimately, this will be the first of three-year-long simulated Martian habitat studies by NASA under its Crew Health and Performance Exploration Analog (CHAPEA) Mission. With its Analog Missions, NASA conducts rigorous field tests of new technologies or studies the behavioral effects on crew members, using locations that simulate the extreme conditions found in space.

The Earth-based simulations provide invaluable insight for engineers and scientists to unforeseen challenges that might occur during actual long-duration space missions.

From 2007 to 2011, the MARS-500 analog mission performed by Russia, the European Space Agency, and China conducted a similar psychosocial isolation experiment, simulating a 530-day crewed spaceflight to Mars.

Living in a 792-square-foot mock spacecraft for 17-months, four of the six MARS-500 crew members suffered sleep and psychological issues and became lethargic. A later study described the mock-astronauts behavior as “much like birds and bears heading into winter, gearing up for hibernation.”

NASA says the goal of the 12-month CHAPEA studies will be to assess how “highly motivated individuals” respond to the rigors of a long-duration stay on an alien world in preparation for eventually sending astronauts to Mars.

“The analog is critical for testing solutions to meet the complex needs of living on the Martian surface,” said Grace Douglas, lead scientist for NASA’s Advanced Food Technology research effort at NASA’s Johnson Space Center in Houston. “Simulations on Earth will help us understand and counter the physical and mental challenges astronauts will face before they go.”

Like a scientific version of the T.V. show Big Brother, crew members’ health, behavior, and performance during various tasks will be constantly monitored by researchers working outside the simulated Martian habitat.

To be selected, an applicant must be a U.S. citizen or permanent resident, in good health, 30 to 55 years old, non-smoker, proficient in English, and possess a master’s degree in a STEM field, or a minimum of one thousand hours piloting an aircraft.

NASA says candidates who have completed two years of work toward a doctoral program in STEM, a completed medical degree or test pilot program, or is a military officer with a Bachelor of Science in a STEM field may also be considered for the job.

Presently, NASA plans on launching the first CHAPEA analog mission in the Fall of 2022. Missions two and three are tentatively scheduled for sometime in 2024 and 2025.

In terms of the study’s significance, Bjarke Ingels, founder and creative director of BIG-Bjarke Ingels Group, who designed the simulated Martian habitat, said, “Mars Dune Alpha will take us one step closer to becoming a multiplanetary species.”