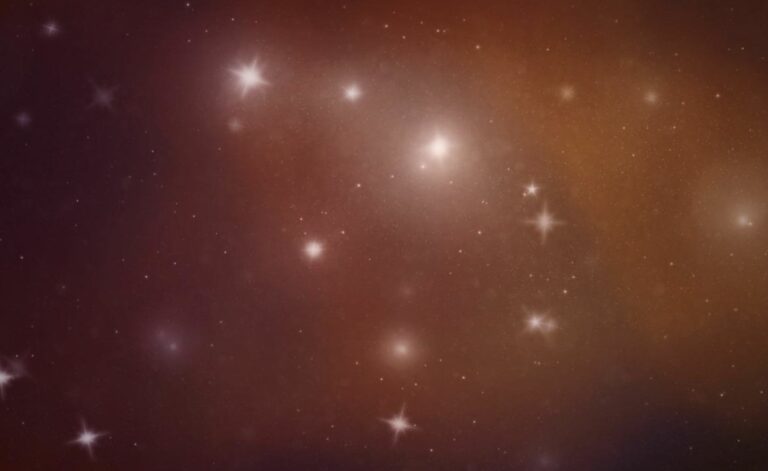 Dark Matter and The “Unsung Heroes” of Our Cosmic Past

Ever since Fritz Zwicky realized in 1933 that most of the matter in our universe does not interact with light, we have learned that this quality allowed dark matter to maintain the fossil inhomogeneities leftover from the early universe.

In early times, ordinary matter coupled with light and its primordial inhomogeneities (of the observed “adiabatic” nature) were damped 400 thousand years after the Big Bang by diffusion of light on the mass scales of galaxies. If there was no dark matter, galaxies like the Milky-Way would have never formed because the primordial perturbations that seeded them would have been damped.

Dark matter had maintained memory of these seed inhomogeneities and allowed them to grow into galaxies because the dark matter was not influenced by light. Without dark matter, the primordial seeds would have been erased and no galaxies like the Milky-Way would have blossomed out of them. We would not exist because no stars or planets would form, no carbon or oxygen would have been produced and the chemistry of life-as-we-know-it would not be possible.

Dark matter is only one of the great mysteries of modern physics that has helped reshape how we think about the universe. It is also one of what I call the three greatest “unsung heroes” of the early beginnings of our universe, without which it would not exist as we know it today.

First, what is dark matter? We still do not know. Dark matter resembles an anonymous lifesaver who enabled our existence, but to whom we cannot express our gratitude until our laboratory detectors or telescopes would reveal its identity. It is rather embarrassing that we did not figure out the nature of most of the matter in the universe after a century of extensive effort, with Nobel prizes awarded to cosmologists who quantified the abundance of unknown dark components in the cosmic mass budget.

It is startling that dark matter does not show any detectable signs in the Solar system. Combined with the realization that the first two interstellar objects discovered over the past decade, `Oumuamua and CNEOS 2014-01-08, are unlike familiar objects in the solar system, it is clear that we still have a lot to learn about matter in our cosmic neighborhood.

But long before dark matter came to our rescue, a slight excess of ordinary matter over antimatter had to be produced. With perfect symmetry between matter and antimatter, the two constituents would have annihilated each other into pure radiation and we would have never existed. The process that triggered the surplus of matter over antimatter at the minuscule fraction of one part in a billion, is unknown. Once again, we owe our existence to another unsung hero in our past.

Finally, we know that the cosmic initial conditions were nearly uniform with slight (one part in a hundred thousand) seed perturbations that grew by gravitational instability to become present-day galaxies like the Milky-Way, in which gas fragmented into stars like the Sun, around which leftover material fragmented into planets like the Earth, on which life-as-we-know-it emerged.

The big picture is that our universe started from a very simple and hence unlikely state and became more complex over time as a result of gravitational instability which assembled matter into bound objects. When I started my career in astrophysics, it was argued that cosmological models start from a simple initial state because of the scarcity of observational data to describe it. Four decades later, we now have much more data and we confirmed that indeed the initial state was simple. If the initial state was chaotic, it would have never led to the habitable conditions of today.

But why were these initial conditions selected over a disorganized initial state? When I visit the rooms of my young daughters every morning, I find them to be in one of the most disorganized states possible. I comfort myself that this is the likely outcome, given that there are many more disorganized states than the few organized ones. Who should we thank for organizing the early conditions in our universe?

Cosmic inflation is often credited for generating the present-day conditions, but its promoters often start with a uniform preceding state – assuming the special initial state rather than deriving it. There are known difficulties in getting cosmic inflation from the most likely, highly-inhomogeneous states that would have predated it.  For the third time, we owe our existence to an unsung hero.

These unsung heroes reflect our ignorance about our cosmic roots. Viewed in this way, cosmologists resemble orphans in search of their lost parents.

Cosmic Origins: When Did the First Stars Form?

If the universe was created in a laboratory, then those dressed in white lab coats may have preferred an organized uniform initial state with a flat geometry since it requires the minimum amount of total energy for the production of a baby universe. And their recipe for a habitable universe may have included adding just the right seasoning of matter with enough dark matter and a slight surplus of matter over antimatter to give rise to intelligent beings like ourselves out of the cosmic soup.

Once we figure out how to unify quantum mechanics and gravity, we may be able to follow this recipe and manufacture a habitable baby universe that would give rise to life-as-we-know-it. A bad “cosmic cook” would add too little dark matter or matter surplus to the mix and end up in a lifeless universe. Of course, sterilized universes would not be able to reproduce an offspring since they lack scientists within them who know how to make a new baby universe. Natural selection favors those baby universes that have just the right cosmic mix to reproduce an offspring.

In order to replicate our habitable universe, we need to know the identity of the three unsung heroes which allowed us to exist. We can either find the answer ourselves or discover a smarter kid on our cosmic block who figured it out by now. Resolving these three mysteries about our cosmic roots would be first on my to-do list if we ever encounter extraterrestrial cosmologists.