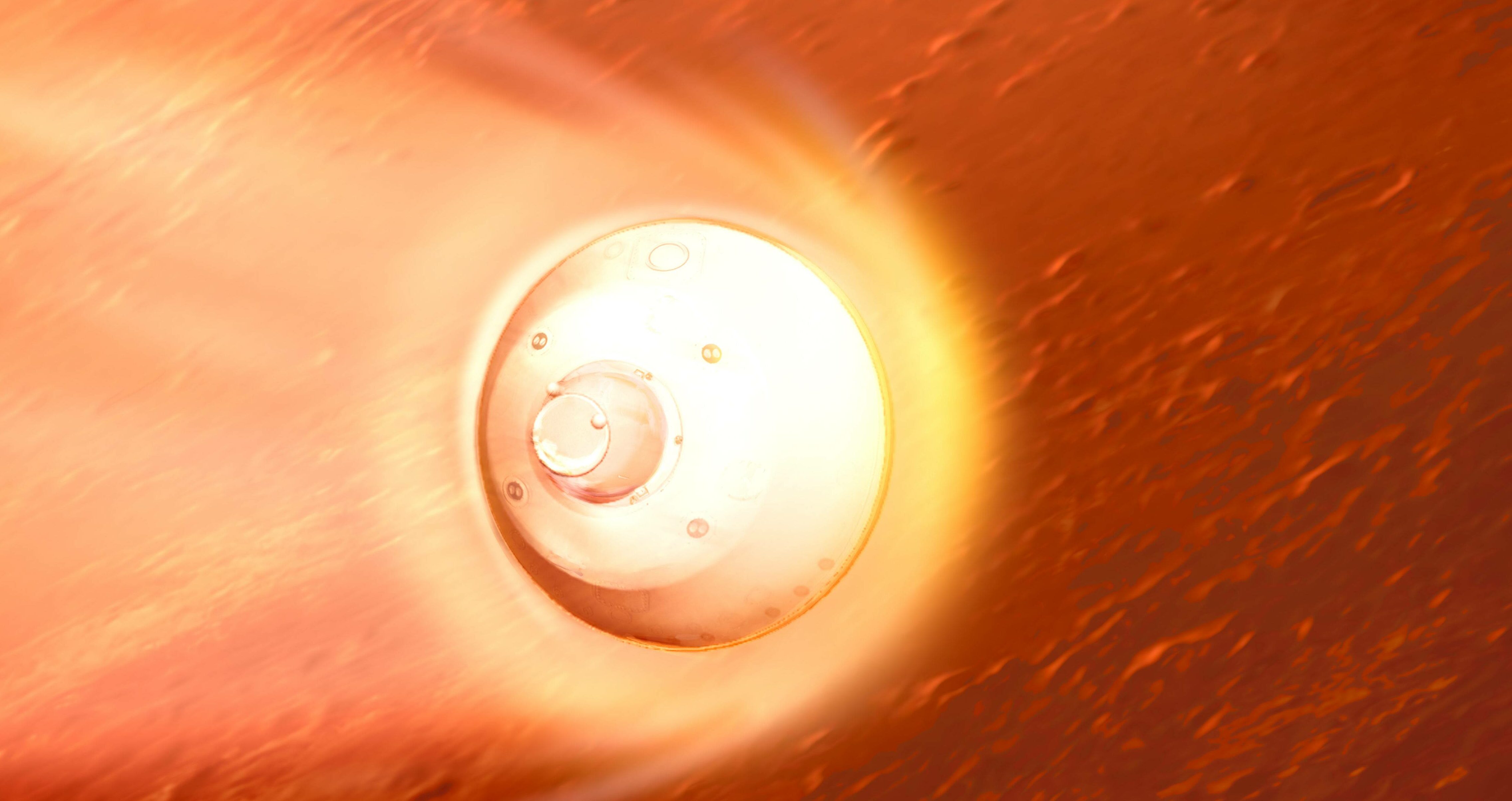 In a recently released video, NASA animators show in gripping detail how the upcoming Perseverance rover’s lander will negotiate numerous obstacles to place the over two thousand pound craft on the surface of Mars. The team at NASA has dubbed this the “7 Minutes of Terror.”

Launched in July of 2020 and slated for a February 18, 2021 landing, the latest Martian mission aims for a crater known as Jezero. Once there, it hopes to spend the next Martian year (668 Martian sols, or 687 Earth days) hunting for evidence of chemical “biosignatures” indicating past microbial life and caching any promising rock and soil samples for a possible future retrieval mission.

Before the rover and its one-of-a-kind Ingenuity helicopter drone can get started, the Entry, Descent, and Landing System (EDLS) will have to negotiate what project members are terming “7 Minutes of Terror” to deposit the delicate, multi-billion-dollar scientific payload safely on the planet’s rocky surface.

ANALYSIS: What are the “7 Minutes of Terror?”

According to the mission overview, the ELDS will begin this 400 seconds of extreme danger when entering the Martian atmosphere’s first layer at around 100km above the planet’s surface. The craft’s heat shield will create significant drag at that altitude, slowing the vehicle from over 20,000 km/h down to about 1,200 km/h. The supersonic parachute will deploy next, further slowing the vehicle over the next minute or so to around 100 meters per second.

Upon reaching an altitude of 2km, and with the rover tucked safely inside, the Sky Crane, designed to deposit the vehicle on the planet’s surface, separates from the main craft and begins the final stage of the descent. This tricky maneuver involves firing the crane’s eight rockets to bring it into a hovering position just above the surface. It then uses nylon cords to lower the rover to the ground gently. That last, crucial step also requires a quick separation of the rover from the cables to prevent it from being dragged off when the cradle flies itself away.

OUTLOOK: Trying Not to Crash

After nearly eight months in space, and with a planned mission length approaching two Earth years, success may all come down to this crucial landing and its complex series of steps that will need to go off without a hitch. Or, as the rover team has coined the event, “7 Minutes of Terror.”