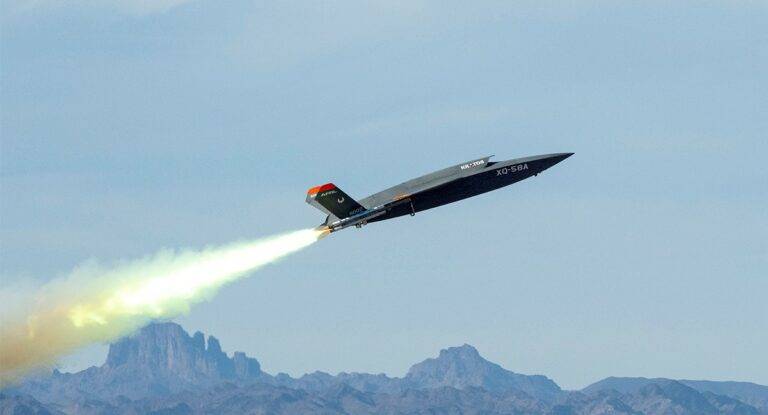 
A series of recent announcements indicate the U.S. armed forces are placing big money into robotics and AI.

Robotic combat vehicles and AI-controlled aircraft are standard fodder for science fiction. Yet, in the waning days of 2020, a trio of defense industry announcements indicate that the U.S. military is turning science fiction into science fact.

The 21st-century battle landscape will see some new shifts in 2021, including autonomous land assault vehicles and a pair of equally important advancements in automated air combat systems.

ANALYSIS: What are Robotic Combat Vehicles?

In December 2020, the U.S. Department of Defense and the U.S. Army announced an $18 million grant to the Clemson University’s International Center for Automotive Research in Greenville, South Carolina, with hopes of creating working models of self-driving vehicles, or what the army refers to as Robotic Combat Vehicles.

According to the University’s press release, the grant will fund the Virtual Prototyping and Ground System’s Center, where a team of over 60 faculty members across multiple engineering departments will work “to develop virtual prototyping tools supporting the rapid transformation of U.S. Army fleets.”

The grant is the latest step in an effort dating back to October 2019, when four robotic versions of the M113 armored personnel carrier were evaluated for ground robotic capabilities. At that 2019 event, those four carrier vehicles moved across the battlefield in a wedge formation while soldiers controlled the platforms manually.

“They came online, identified an enemy, and then the humans called for fire based on the sensors on this robot,” said Brigadier General Ross Coffman when describing the test. “And then, once the artillery went in, the robots continued to traverse the terrain and engaged with direct fire against an enemy, destroying that enemy, all while the humans were in sanctuary controlling the battlefield.”

Also announced in December 2020, the U.S. Air Force has selected three companies to design, build and demonstrate an AI-guided drone capable of pairing with a human-piloted fighter jet. With $25.7 million awarded to Boeing, $14.3 million to General Atomics Aerial Systems, and $37.8 million to Kratos Unmanned Aerial Systems, the Air Force tasked each company with completing a prototype within 24 months.

“This award is a major step forward for our game-changing Skyborg capability,” Brig. Gen. Dale White, Program Executive Officer for Fighters and Advanced Aircraft, said in the press release. “We will experiment to prove out this technology and, to do that, we will aggressively test and fly to get this capability into the hands of our warfighters.”

That announcement comes only days after the U.S. Air Force’s successful test of one of those competitor’s (Kratos) AI-controlled cores aboard a XQ-58A Valkyrie UAV demonstrator over the U.S. Army’s proving ground in Yuma, Arizona.

“During the test event, an F-22 Raptor and F-35 Lightning, the air force’s two fifth-generation fighters formed up off the wings of the smaller Valkyrie as it continued to fly autonomously in formation,” the USAF said. “This is a major milestone in the service’s efforts to provide low-cost force multipliers in relevant operational environments.”

According to the USAF, the Valkyrie met 80% of the overall flight test objectives along with 100% of the formation flying objectives, and all before safely landing itself in the Arizona desert.

All three financial awards, along with the latest successful test in Yuma, are part of the Air Force’s Vanguards program. According to the research lab’s website, Vanguards’ mission is to “advance emerging weapon systems and warfighting concepts through prototyping and experimentation.”

OUTLOOK: The Future of Robotic Warfare

Whatever the results of these cutting-edge programs, both the U.S. Army’s Robotic Combat Vehicles and the USAF’s Autonomous Combat Drones represent significant technological advances.

It is unclear how much of the future American war machine will be autonomous, but those developments will indeed alter tomorrow’s battlefield. These developments are both exciting and frightening and dive deep into the pages of science fiction. Alas, the lessons learned in these stories always come at the end and often follow tragedy. Let’s hope the people designing these systems are well-read.