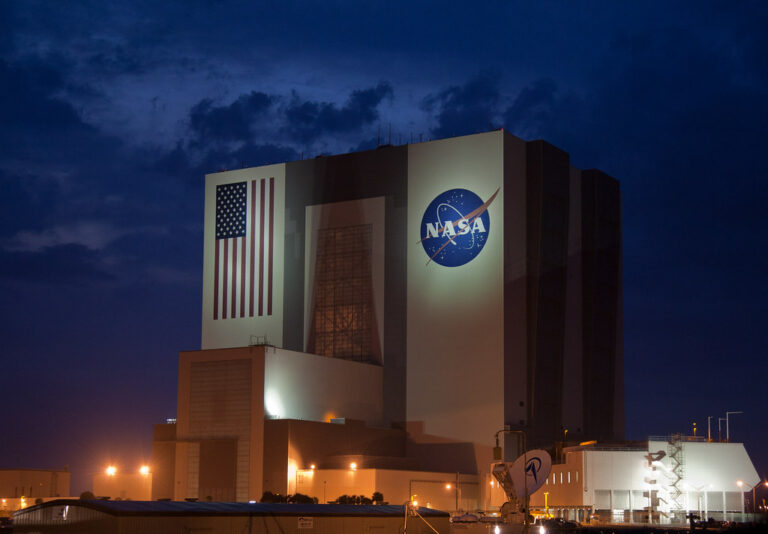 After decades of halfhearted smirks and outright dismissals, the National Aeronautics and Space Administration’s newest chief Bill Nelson says the agency is officially joining the effort to better understand UFOs.

Specifically, Nelson noted how the now-famous videos of unknown objects seen and filmed by military aviators had initiated a new wave of government interest in the long-taboo topic.

“I just want you to know that what you have seen on the TV recently, on the Navy films, I had known about this in my former capacity in Intel in the Armed Services Committee,” said Nelson at a June 2nd Press Conference held at NASA’s Washington D.C. Headquarters. “And, I’ve talked to those pilots. And they think it’s real.”

Those discussions, he said, led him to realize it was time NASA got involved. “I have talked to Thomas, Dr. Z, (Dr. Thomas Zurbuchen Associate Administrator at NASA’s Science Directorate) about what specifically we can do from a science perspective in addition to an intel perspective, to try and bring any additional light to this.”

Although NASA has essentially remained above the fray when trying to explain UFOs, The Debrief reported in March of this year on the Aviation Safety Reporting System (ASRS), which is essentially a database of close calls reported by aviators, including incidents with UFOs. NASA maintains that database.

“The ASRS collects, analyzes, and responds to voluntarily submitted aviation safety incident reports in order to lessen the likelihood of aviation accidents,” according to a statement on its website.

The Debrief investigation also revealed that the ASRS did indeed contain many UFO reports by aviators strikingly similar to those reported by military pilots. But other than maintaining the site for safety reasons, there is no indication that NASA investigated any of those incidents.

The U.S. Congress, on the other hand, recently created the Unidentified Aerial Phenomenon Task Force (UAPTF), whose report to the legislative body is expected to be delivered on June 25th. That investigation, however, is being conducted by the Department of Defense, not NASA. Following Nelson’s unexpected announcement, it now appears that the administration’s newest leader is ready to put the full force of its scientists and researchers behind the Pentagon’s effort.

Analysis: NASA Will Use It’s Scientists To Look at UFO Data

At the June 2nd press conference, whose primary purpose was to announce a pair of new Venus missions, Nelson’s initial statement on UFOs was brief before he directed the question to Dr. Zurbuchen, who offered his take on the situation. “History is full of examples of things that were identified, or were referred to as UFOs, that are some types of clouds, or weather phenomena,” said Zurbuchen.

The scientist then discussed the ongoing search for microbial life and biosignatures already being conducted at NASA before bringing the conversation back to how they could help with the UFO question. “The kind of questions that focus on life elsewhere are very much what we do, using the tools of science,” he said. “We will do whatever we can to move our understanding forward.”

Zurbuchen concluded his comments with a hopeful look toward projects like the James Webb telescope or Operation Dragonfly that include more traditional efforts to search for potential signs of life in the cosmos.

NASA’s Associate Administrator for Human Exploration and Operations, Kathy Lueders, finished the topic with a light-hearted comment of her own that seemed perfectly in line with her assigned duties. “If anyone knows how to do a spacecraft design like that,” she said, referring to the UAP videos, “I would love to talk to them.”

After Lueders’ comment, which drew audible chuckles from the assembled media, nothing more was said about the topic.

Two days later, CNN’s Rachel Crane sat down with Nelson for a one-on-one interview, hoping to shed more light on NASA’s planned efforts in this area. “Do you think we have been contacted by extraterrestrials,” Crane said to open the discussion.

With a smile that appeared to be more genuine wonder than disbelief, Nelson gave a somewhat similar explanation to the one he gave at the press conference. “I have talked to those Navy pilots,” he said, “and they are sure they saw something real. Of course, we’ve seen their videos from their jets. What is it? We don’t know.”

Because of those unanswered questions, Nelson explained, he has tasked NASA’s brightest minds with looking at the UFO issue from a scientific standpoint to see if they can help figure out what these pilots are seeing.

When asked by Crane what he personally thought the Navy pilots and others were seeing, Nelson gave an answer that seemed perfectly consistent with his new role. “I don’t have any idea,” he said. “That’s why I turned to our scientists.”

As far as the agency’s role going forward, Crane asked the NASA head if they were already part of the UAPTF’s effort.

“I was actually briefed on this a couple of years ago in my capacity on the Senate Armed Services Committee,” said Nelson, who served on the committee from 2013 to 2017. “NASA, appropriately, is going to look at it through the lens of its scientists. That’s what we’re doing.”

Crane pressed Nelson further on whether or not he thought that NASA should be more involved at this point, to which he offered a short but direct answer. “Well, we are. And I started it. I’ve been here a month, and I’ve started it.”

To end the interview, Nelson reconfirmed that anything NASA finds will be used to inform the efforts already underway by the Department of Defense. “We are not directly working with them (the UAPTF), but I can guarantee you that if we find something, the Pentagon will want to know.”