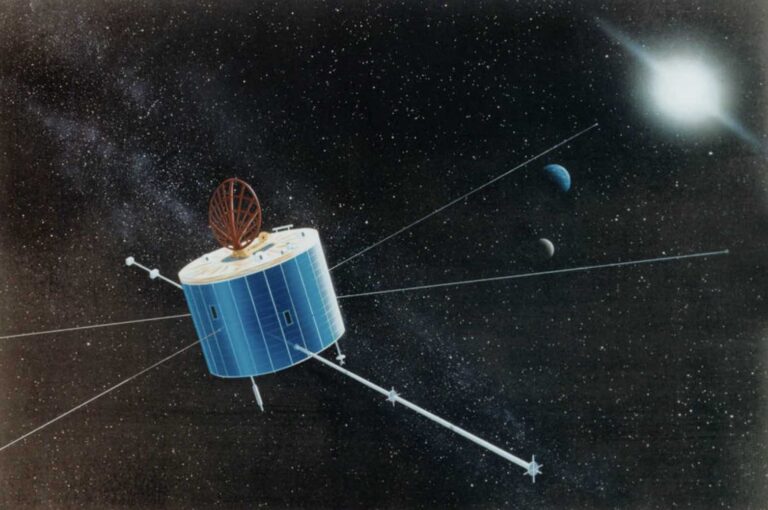 NASA has announced that its Geotail spacecraft, a joint project with the Japanese Aerospace Exploration Agency (JAXA), has ended operations after three decades in orbit.

The announcement was made this week after it was learned the last of the spacecraft’s functional data recorders had ceased to function.

Launched in July 1992, Geotail has spent more than 30 years collecting information about Earth’s magnetosphere, the protective magnetic sheath that encases our planet.

“With an elongated orbit, Geotail sailed through the invisible boundaries of the magnetosphere, gathering data on the physical process at play there to help understand how the flow of energy and particles from the Sun reach Earth,” read a NASA statement.

During its many decades in space, Geotail helped decipher the movement of material that passed from the Sun into Earth’s magnetosphere and helped understand the relationship between them.

However, Geotail’s studies weren’t exclusively related to Earth and its nearest solar body; the spacecraft also helped to identify the presence of several elements present within the Moon’s thin atmosphere.

In addition to aiding in understanding the processes that give rise to auroras, Geotail also provided clues about the mysterious process known as magnetic reconnection in advance of the launch of NASA’s Magnetospheric Multiscale mission (MMS) in 2015.

Although originally destined for just a four-year mission, Geotail continued its efforts on into the new millennium, having been formally extended on several occasions because of the quality data the spacecraft continued to provide. NASA says the information gathered by Geotail has aided in contributions to more than a thousand scientific publications.

Previously, Geotail’s last remaining data recorder experienced what the space agency characterized as an “anomaly” last June. Attempts were made to repair the recorder prior to the formal discontinuation of the spacecraft’s operations on November 28, 2022.

Two other data recorders in use by Geotail both ceased to operate in 2012.

“The mission made important contributions to our understanding of how the solar wind interacts with Earth’s magnetic field to produce magnetic storms and auroras,” Fairfield said in a statement.

Despite its formal decommissioning, data collected by Geotail continues to be of great use to science, a data set that will no doubt continue to be of importance for many more decades.