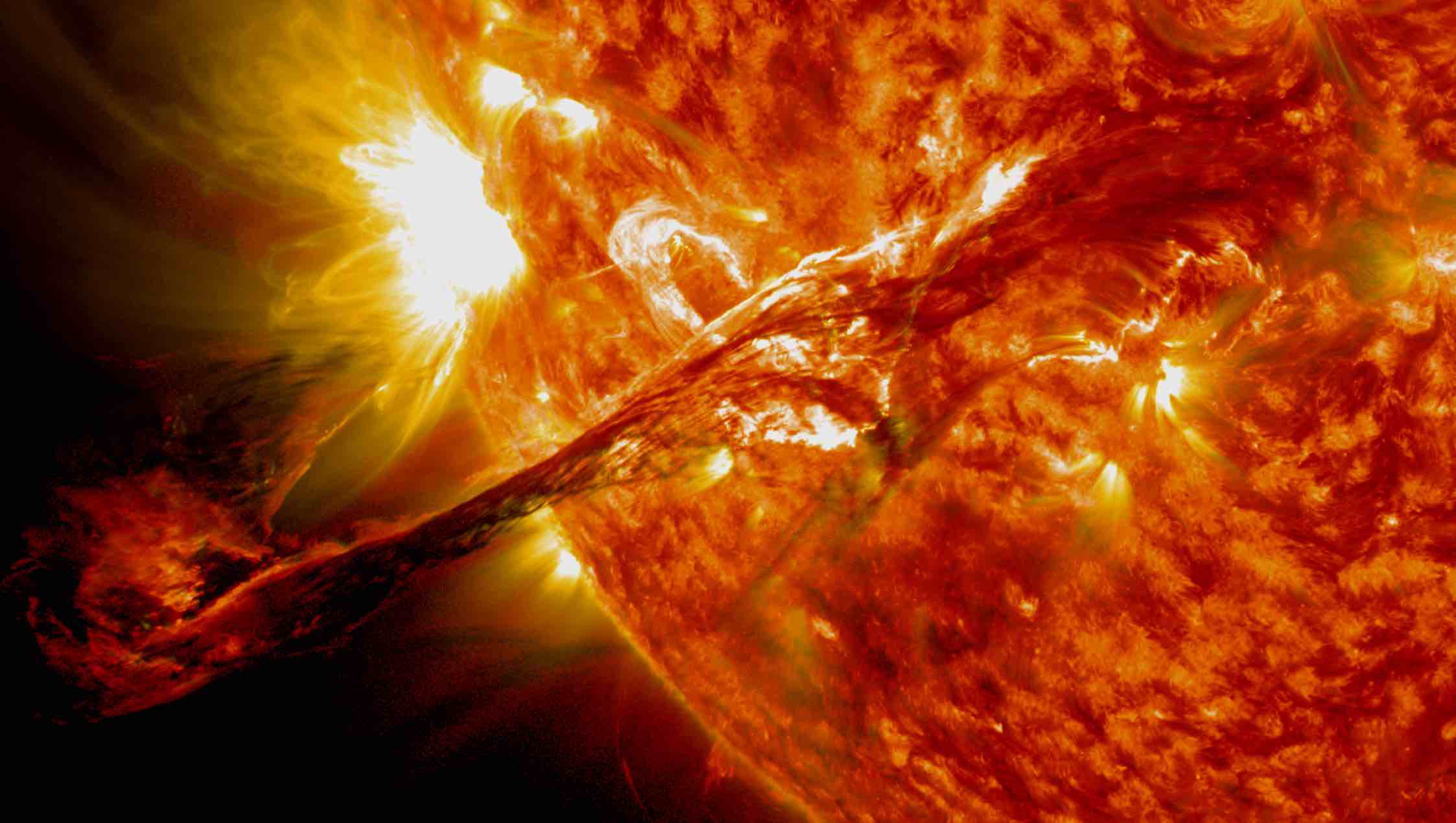 Researchers with the U.S. Department of Energy (DOE) say they have untangled a solar mystery involving why the Sun’s plasma “atmosphere” can be much hotter than its surface, in a breakthrough that could help resolve many lingering questions in astrophysics.

Our nearest star is enveloped in hot gases that form its atmosphere, the outermost portion of which is called its corona. Although invisible to the naked eye due to the extreme brightness of the Sun, its corona becomes visible during a full solar eclipse as the moon passes in front of it, shielding Earth from its light for a short period.

The corona is close to 10 million times less dense than the surface of the Sun, which is what causes it to be invisible under normal conditions. Despite this, its temperatures greatly exceed the solar surface below it, a mystery that has long puzzled astrophysicists.

In the past, studies carried out by NASA’s IRIS mission discovered the presence of “heat bombs”—areas of hot material that were observed moving from the Sun’s surface into its corona—which explode and release tremendous amounts of heat. But rather than fully accounting for the mystery, observations like this have really only offered clues toward understanding the process that causes the solar corona to be so hot.

Now, scientists at the DOE’s Princeton Plasma Physics Laboratory (PPPL) have made a discovery that could not only move astrophysicists closer than ever to understanding why the solar corona becomes so hot, but may also help explain the origins of stars and large magnetic fields in distant regions of space, as well as space weather phenomena that can affect us closer to home.

Significantly, the new findings could also have implications for fusion research, with the DOE’s recent announcement that a net energy gain was achieved at its National Ignition Facility (NIF) at Lawrence Livermore National Laboratory (NLNL) earlier this year.

In the field of magnetohydrodynamics, physicists study the way that electrically conducting fluids, such as the plasma present on the surface of the Sun, are influenced by magnetic fields.

“Magnetohydrodynamic turbulence regulates the transfer of energy from large to small scales in many astrophysical systems, including the solar atmosphere,” the PPPL team wrote in a recent paper outlining their findings.

According to their paper, 3D magnetohydrodynamic numerical simulations the team produced were able to replicate what they believe to be the exact mechanism that gives rise to the corona’s intense heat, following what they characterize as the world’s largest simulation of its kind.

Chuanfei Dong, a physicist at PPPL and Princeton University and lead author of the recent paper, said in a statement that the simulation comprised an astounding 200 million hours of computer time.

“Current telescope and spacecraft instruments may not have high enough resolution to identify the process occurring at small scales,” Dong said in a statement. According to Dong and the PPPL team, one particular element had been a key in making their discovery: a phenomenon known as magnetic reconnection.

As far back as 1950, attempts to understand how energy, mass, and momentum from the flow of charged particles emanating from the Sun toward Earth, otherwise known as the solar wind, flow into Earth’s atmosphere. More than a decade later, in 1961, the Ph.D. thesis of James Dungey first introduced the concept of magnetic reconnection, where he identified these phenomena as a process involving plasma formations whose magnetic fields are violently separated and reconnected, converting their magnetic energy into thermal and kinetic energy, along with the extreme acceleration of particles.

In the recent simulations at PPPL, Dong and the research team were able to demonstrate that turbulent energy occurring at large scales during magnetic reconnection is turned into smaller-scale internal energy, which facilitates its conversion into thermal energy that superheats the corona.

Dong compares this process to adding cream to coffee, where drops of cold cream are spread throughout the coffee as it is stirred, eventually breaking up as they are mixed into the hot beverage.

“Similarly, magnetic fields form thin sheets of electric current that break up due to magnetic reconnection,” Dong said in a statement, which he says produces a turbulent “energy cascade” moving from larger to smaller scale, producing a surprisingly efficient heating process that occurs within the solar corona.

Don’t Think About It: How Does Our Brain Control Unwanted Thoughts?

During this process, magnetic field lines are broken and rejoined, which produces “chains” of what are called plasmoids, formations that occur when plasma and magnetic fields form a coherent structure.

“By breaking elongated current sheets into chains of small magnetic flux ropes (or plasmoids),” Dong and his coauthors write, “magnetic reconnection leads to a previously undiscovered range of energy cascade, where the rate of energy transfer is controlled by the growth rate of the plasmoids.”

Dong and his team say that understanding the role of these processes fundamentally rewrites close to half a century of thinking regarding the energy cascade phenomena occurring within the corona, and links rates of energy transfer to the speed at which these chains of plasmoids grow.

Amitava Bhattacharjee, a Princeton professor of astrophysical sciences and PPPL physicist that supervised Dong and the team’s research, said in a statement that the experiment has provided “undisputed evidence for the first time of a theoretically predicted mechanism for a previously undiscovered range of turbulent energy cascade,” which is fundamentally related to the growth of plasmoids.

The authors write that their study identifies the ubiquity of these plasmoids in association with magnetic reconnection, noting that their discovery “has broad implications and consequences on particle acceleration in the solar/stellar coronae, accretion disks, and jets from compact objects,” as well as other phenomena occurring throughout the universe.