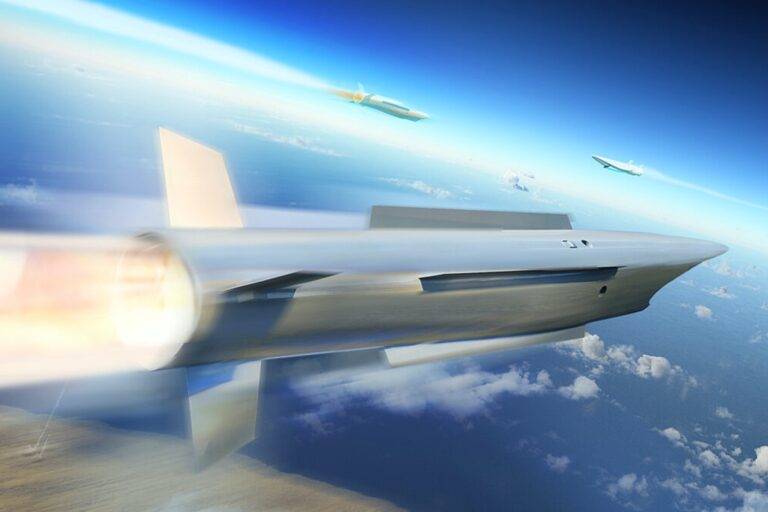 
At hypersonic speeds, communication is impossible. Or, at least it was...

The Chinese government recently announced it has allegedly solved the issue of communication for hypersonic missiles and aircraft using WiFi and metamaterials, according to an article published in the South China Morning Post.

Hypersonic weapons and aircraft are considered to be the next big step in warfare. Traveling at speeds exceeding Mach 5 (five times the speed of sound), a hypersonic missile can hit a target from a massive distance and, due to speed, is virtually impossible to shoot down by air defences.

The surface temperature of a hypersonic weapon or aircraft can exceed 3,600 degrees Fahrenheit, or 2,000 degrees Centigrade, creating a hot cocoon of scorching radio-blocking plasma around it. Basically, at those speeds, the hypersonic system can’t communicate and goes dark.

For any possible future travel via hypersonic aircraft, this becomes an obvious problem. Future patrons may want to send a text message on the five minute flight between London and New York, or check their socials for the latest celebrity gossip. The more immediate and real issue is the inability to call off a hypersonic attack.

Traditional large scale missile-based weapons have failsafes designed to explode the weapon prior to contact with a target, allowing the attacker to call off a strike for any number of reasons. Send up a weapon travelling at hypersonic speeds, the ability to shut it down, blow it up, or alter its course is not possible; or at least it wasn’t.

According to Chinese media, a Shanghai research team designed a sleek antenna that could allow hypersonic missiles to communicate while travelling between Mach 5 and Mach 20. While the Chinese military has claimed they have been able to communicate with hypersonic missiles for over a year now during tests, the current system, which uses satellite and ground based networks, costs a fortune to build and operate.

In the January edition of Journal of Microwaves, a peer-reviewed publication run by the Chinese Institute of Electronics, researchers said this new system would utilize low frequencies to aid in “target identification, positioning and other critical functions.”

The team created a soft and slim antenna that attaches to the cooler aft of the weapon. According to the team, the ground tests indicated that the antenna achieved “remarkable” performance at frequencies between 5.2 to 5.8 gigahertz, the same low frequencies usually used for 5G smartphones, high-speed Wi-Fi routers, and other internet-based devices. Moreover, compared to the military’s work in hypersonic communications, the Shanghai team says it’s really cheap.

DARPA’s Latest Gremlins Drone Will Cause Some Serious Mischief


Reduce, Reuse, Recycle. The Drone Swarm You Can Use Over and Over

According to the paper, the team developed a thin membrane metamaterial composed of wires arranged with maze-like gaps between each one that can trap or alter electromagnetic waves. Since communication is happening at the lower frequencies, more “noise” is produced over the missile’s surface, leading to a drop in signal strength and quality.

In simple terms, the metamaterial’s complex wire labyrinth is able to soak up more signal and increase communication quality. In turn, the antenna can convert that low frequency signal and focus it into a beam, creating an effective communication system between the hypersonic weapon and the operator.

Unfortunately, the state-run journal did not provide the ground test data, making it impossible to verify the claims made by the team.

MJ Banias is a journalist and podcaster who covers security, science, and tech. Follow him on Twitter @mjbanias.