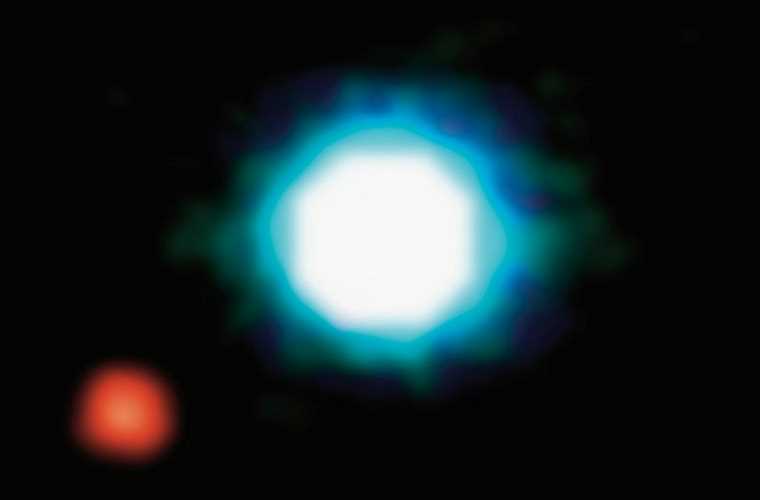 NASA is currently building the Nancy Grace Roman space telescope in hopes of directly imaging smaller and fainter exoplanets. Nearly two dozen exoplanets have already been directly imaged, but most were spotted in the infrared spectrum. In contrast, the instruments installed on the Roman telescope should allow astronomers to image smaller planets in visible light directly.

MOST EXOPLANETS SPOTTED DUE TO EFFECTS ON HOST STAR

The first exoplanet, meaning a planet outside of our solar system, was detected in 1995. Since then, astronomers have spotted thousands more. Unfortunately, most of these exoplanets are too small for current telescopes to image them directly. Instead, astronomers detect nearly all exoplanets via the gravitational influences they inflict on their host star or the dimming effects of an exoplanet passing between Earth and its host star.

In 2005, the European Space Association (ESA) directly imaged an exoplanet for the first time using the ground-based Very Large Telescope (VLT). Since then, a small handful has joined that list. Still, all of these directly imaged exoplanets have been gas giants with orbits wide enough for astronomers to distinguish them from their host star, meaning none of the exoplanets imaged are rocky worlds like Earth. Now, NASA is working to change that equation with the Roman space telescope.

Unlike the James Webb telescope, which detects infrared light, Roman will carry a suite of instruments known as a coronagraph. According to the project’s mission page, this coronagraph will employ “a system of masks, prisms, detectors, and even self-flexing mirrors built to block out the glare from distant stars and reveal the planets in orbit around them.”

“We will be able to image worlds in visible light using the Roman Coronagraph,” said Rob Zellem, an astronomer at NASA’s Jet Propulsion Laboratory (JPL) in the same mission outline. “Doing so from space will help us see smaller, older, and colder planets than direct imaging usually reveals, bringing us a giant leap closer to imaging planets like Earth.”

Along with imaging exoplanets, the Roman coronagraph should be able to detect the light spectra of certain chemicals within the atmosphere of exoplanets, a significant step toward finding life outside of Earth.

“Analyzing the colors of planetary atmospheres helps astronomers discover what the atmospheres are made of,” the mission page explains. “Since living things modify their environment in ways we might be able to detect, such as by producing oxygen or methane, scientists hope this research will pave the way for future missions that could reveal signs of life.”

“This gas giant exoplanet is slightly larger than Jupiter, orbits within a Sun-like star’s habitable zone, and is relatively close to Earth – just 44 light-years away,” said Prabal Saxena, an assistant research scientist at the University of Maryland, College Park, and NASA’s Goddard Space Flight Center. “What’s really exciting is that Roman may be able to help us explore hazes and clouds in Upsilon Andromedae d’s atmosphere and may even be able to act as a planetary thermometer by putting constraints on the planet’s internal temperature!”

With thousands of exoplanets already detected and a number of them imaged directly, researchers are still hoping to refine their process to the point that they can directly image a planet like Earth orbiting another star. Such technology is still out of reach, but after its planned 2027 launch, the new Roman coronagraph should move humanity one giant leap closer to that goal.

“To image Earth-like planets, we’ll need 10,000 times better performance than today’s instruments provide,” said Vanessa Bailey, an astronomer at JPL and the instrument technologist for the Roman Coronagraph. “The Coronagraph Instrument will perform several hundred times better than current instruments, so we will be able to see Jupiter-like planets that are more than 100 million times fainter than their host stars.”