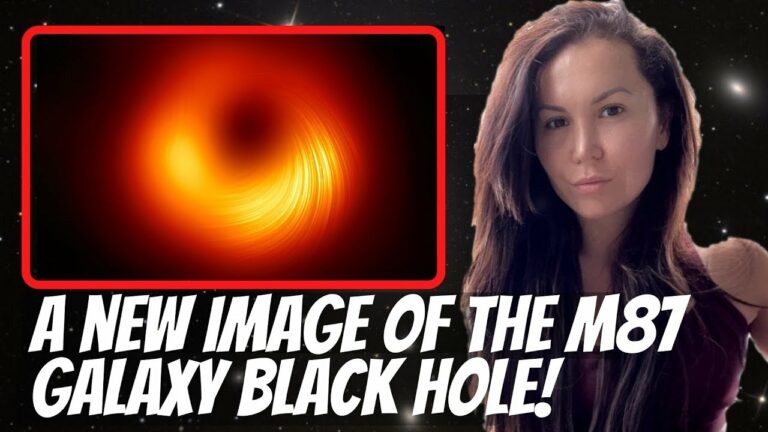 Curious what the new Black hole image from The Event Horizon Telescope Collaboration looks like?

In 2019, The Event Horizon Telescope collaboration released the first-ever “headshot” of a black hole. But on March 24th of this year, the team unveiled a fresh portrait, of the massive object, situated at the heart of the M87 galaxy but shown in an entirely different light.

The new image captures the black hole as it appears in polarized light.

Light becomes polarised when it goes through certain filters, like the lenses of polarised sunglasses, or when it is emitted in hot regions of space that are magnetised. In the same way polarised sunglasses help us see better by reducing reflections and glare from bright surfaces, astronomers can sharpen their vision of the region around the black hole by looking at how the light originating from there is polarised.

This is the first time astronomers have been able to measure polarisation and a signature of magnetic fields this close to the edge of a black hole. The result is a spectacular image that shows a crisp swirl of light around the event horizon. The observations are key to explaining how the M87 galaxy, located 55 million light-years away, is able to launch energetic jets from its core.

Researchers believe they play a crucial role in explaining the energetic jets that emerge from the core of the M87 galaxy and extend for thousands of light-years.

This new image took over 2 years with results spanning across two papers in The Astrophysical Journal. The Event Horizon Telescope collaboration scientists were encouraged  by the fact that magnetic fields have enormous potential for unlocking the mysteries of black holes.