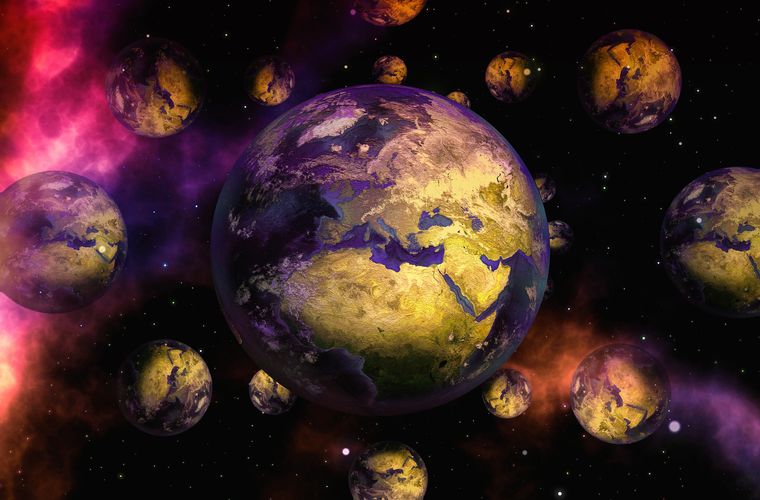 There are many theories to why a multiverse may exist, but are difficult to prove (PC Pixabay.com)

The concept of the multiverse has been on people’s minds a lot lately, thanks in part to the blockbuster movie Dr. Strange and the Multiverse of Madness. In the film, the audience is introduced to the multiverse as a collection of many separate universes that include different iterations of the same people.

While Marvel’s idea of the multiverse teases that the same person can live two different lives connected via dreams, physicists have many different theories about what a multiverse would actually be like, and how it might exist.

The idea of multiple universes has been the subject of many different fields, from astronomy to religion to literature. Humans have thought about this topic for millennia, as it is a possible answer to the question: are we alone in the universe? As early as 1848, Edgar Allan Poe wrote a prose poem titled “Eureka,” where he depicted a “limitless succession of Universes.”

Today, the interest in multiple universes is naturally a hot topic for astronomers and physicists. Though it’s still debated whether alternate realities do exist, there are a few prominent theories on the table that may help us understand why they exist.

There are two primary theories in science as to how and why multiple universes exist, and both are fairly complicated. The first theory, called “Cosmological Inflation,” involves the idea that as the Universe expanded before the Big Bang, it created inflations—minuscule “pockets” within the universe. These pockets could have continued expanding well after the Big Bang, lasting for millennia, or even longer periods of time. While it may seem farfetched, Cosmic Inflation theory does potentially explain our Universe’s structure and its distribution of galaxies. Some astrophysicists have suggested that this inflation still continues, further expanding any possible multiverses in existence.

The other main theory is the “Many-Worlds Interpretation” in quantum mechanics. This theory proposes the existence of branching timelines with alternate realities, where branches occur at decision points. The most famous example of this theory is Schrodinger’s Cat, where a cat is placed inside a box containing a radioactive isotope. In quantum mechanics, this thought experiment is designed to explain quantum superposition, where the cat could be alive and dead at the same time. However, this scenario can also help illustrate the Many-Worlds Interpretation, as the cat is now in two different alternate realities, one where it is alive, and one where it is dead. While this interpretation aligns more with Marvel’s multiverse, it is quite hard to find any scientific evidence that the Many-Worlds Interpretation could represent a valid depiction of the unseen side of reality.

It’s no surprise that scientists are having a difficult time finding any evidence that multiple universes may exist. The search for a multiverse is similar to the search for extraterrestrial life, as both may require us to go to the far corners of space to find anything if it exists.

Will The Olympics’ Newest Narc be a Drug-Sniffing A.I.?

While we may never know if we’ve just one of many universes out there, we can enjoy the artistic and scientific proposals of what these other strange places may look like.