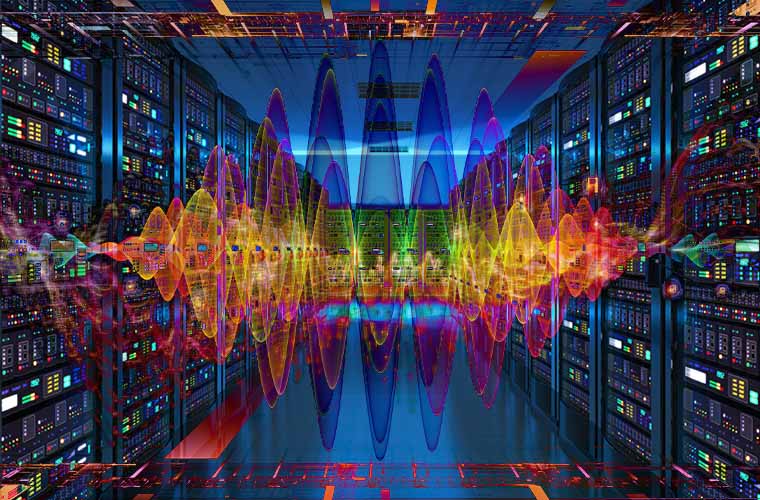 Scientists have been working for years toward bringing quantum computing into practical everyday use. Although the first successful demonstrations of such technology occurred as far back as the late 1990s, quantum computers are fragile and require a lot of maintenance to keep them running smoothly, which makes building one for use in everyday applications quite challenging.

Putting the “Bit” in Qubit

A qubit is a tricky piece of technology to understand, as it brings all the uncertainties of quantum mechanics with it. While a normal computer bit is binary, being either 1 or 0, a qubit can be 1, 0, or both at the same time. This is due to quantum superposition, where two distinct wavelengths or particles can be combined so that they coexist in the same space. Basically, a particle could be in two places at once, allowing a qubit to be at 1 or 0 at the same time. This allows quantum computers to save data space as well as run algorithms more efficiently.

In order to work, qubits have to be kept at freezing temperatures, close to absolute zero kelvin. This makes building a quantum computer expensive and very difficult. Because these qubits also use individual particles, they can be quite fragile to other vibrations, even small ones. Most qubits are made of a special superconducting aluminum circuit, which can make the quantum computer massive.

Analysis: Shrinking Down in Size

Researchers from MIT are challenging the conventional size of qubits by using an ultrathin material. These materials, such as boron nitride, are only a few layers thick. The researchers used boron nitride in a hexagonal shape to form an insulator within the capacitor of the qubit. This allows the capacitor to shrink in size, making the overall qubits smaller. The researchers found that they could build qubits one-hundredth of the traditional size, with their new material.

Not only will this help to decrease the massive size of a quantum computer, but it can also reduce interference, or crosstalk, between the qubits, which can hinder the functionality of the quantum computer. “It will be very important to miniaturize the size of each individual qubit and at the same time avoid the unwanted cross-talk between these hundreds of thousands of qubits,” explained MIT research scientist and co-lead author Joel Wang. “This is one of the very few materials we found that can be used in this kind of construction.” The researchers published their findings in Nature Materials.