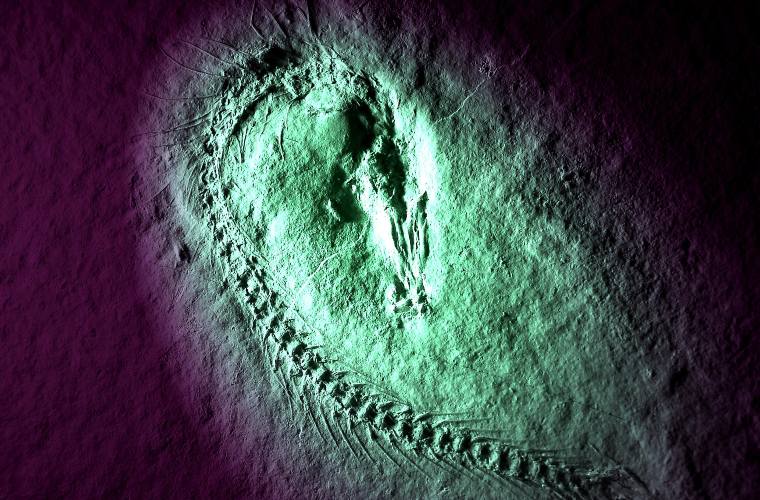 Egyptian scientists discovered a 43 million-year-old fossil in Egypt’s Western Desert of a whale that had four legs and could live both underwater and on land.

The scientific evolutionary consensus is that modern whales share common land-based ancestors that waded into the water about 40-50 million years ago. Looking more like an angry carnivorous goat, the Pakicetus hunted along the coast of India until it eventually became the granddaddy of modern whales.

This is not the first time legged whales have been discovered. In 2011, paleontologists discovered the fossilized remains of a 43 million-year-old legged whale in Peru.

Analysis: This Whale Was a “God of Death”

South Asia seems to be ground zero for whale evolution, but mother nature seems to always find a way to spread life around. With early aquatic whales most likely originating from Asia, the 2011 Peruvian find, and now this latest fossil discovery, indicates that the new carnivorous sea mammals really got around.

The amphibious Phiomicetus anubis, named after the jackal-headed Egyptian God of Mummification due to the shape of its skull, this four-legged whale was able to hunt and survive both on land and underwater.

“We discovered how fierce and deadly its powerful jaws are capable of tearing a wide range of prey … this whale was a god of death to most of the animals that lived in its area,” Abdullah Gohar, the lead author of the study told Insider.

The remains of Phiomicetus anubis indicate that the whale was about 3 meters long, and weighed about 1,300 pounds. The partial skeleton was found in Egypt’s Fayum Depression and examined by a team from Mansoura University. A rich source of fossils, the Western Desert was once totally underwater and contained a thriving aquatic ecosystem.

This latest discovery indicates that P. anubis was likely a top predator due to its size, and the remains suggest that it falls into the Protocetidae family, a group of extinct whales that fall smack dab in the middle of the whale’s transition from a land-based animal to a water-based one.

Outlook: Still a Whale of a Mystery

“Phiomicetus anubis is a key new whale species, and a critical discovery for Egyptian and African paleontology,” Gohar stated.