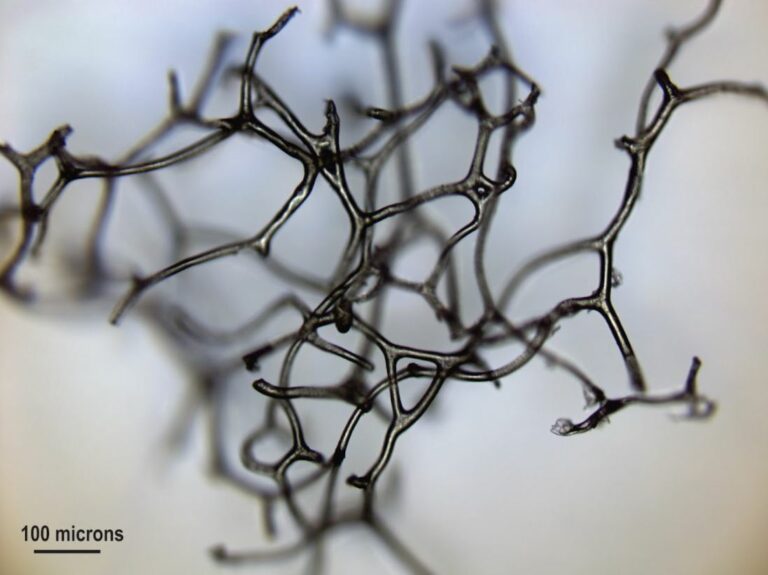 Biologists have long maintained that life on Earth emerged quite early in our planet’s history. Earth formed roughly 4.5 billion years ago and life is understood to have shown up roughly one billion years later, a geological blink of the eye when you consider how long it took for the nascent planet to cool and gather substantial amounts of water. But most of the earliest forms of life were simple and microbial. When did more complex forms of life show up?

For quite some time, it was believed that the first forms of animal life didn’t evolve until roughly 540 million years ago, during what’s known as the “Cambrian explosion” of complex lifeforms. A 2018 discovery of known biomarkers associated with sponges in older rocks pushed the date back to between 635 and 660 million years ago. But now, a new study has revealed the probable existence of sponges as early as 890 million years in the past, which would make them the oldest known animal lifeforms on Earth.

One scientist discovered “tube-like structures” fossilized in ancient rocks from the Stone Knife Formation of Canada’s Northwest Territories. These structures resemble the fibrous skeletons of modern sponges, including some of the ones we still use in our baths. This revelation would place the emergence of animal life more than 200 million years earlier than the Cambrian explosion.

A Huge Step Forward In The Evolution Of Life

The Debrief reached out to the author of this new study, Doctor Elizabeth C. Turner of Laurentian University in Sudbury, Canada, to explore when and how organisms made the jump to complex animal life forms from the bacterial soup that preceded them and what life looked like before that point. She explained that most life was bacterial until at least 1 billion years ago, although other micro-organisms more complex than bacteria, such as single-celled algae, existed at least 1.5 billion years ago.

“The first well-preserved animal fossils, i.e., ‘regular-issue’ fossils like the shells and exoskeletons one sees in museums, appear in rocks that are younger than 540 million years,” she said. “The complexity of the oldest mineralized animal fossils, and the biological diversity of the animals represented, implies that there must have been a back-history to animal evolution – that they were out there well before developing the ability or need to make hard parts like shells and exoskeletons and eventually bones. But they were not well preserved or not preserved at all, possibly for a long, long time.”

Dr. Turner went on to explain that her discovery may not represent the first complex animal life to evolve on Earth, but rather the first lifeform to leave fossilized traces of itself for us to discover. It’s likely that earlier animals may have been living in the oceans, but they didn’t evolve any type of hard structures that could be deposited in stone formations so the fossil record wouldn’t contain their signatures.

Did Animal Life Have To “Reset” Multiple Times?

This early date for the origins of animal life on the planet raises another intriguing question. These sponges would have been present long before the Cryogenian glaciations, which took place between 720 million and 635 million years ago. Referred to as “snowball earth” periods, some scientists believe that nearly the entire planet would have frozen over. If so, did the sponges survive these extinction-level events or did animal life have to start over from scratch? Dr. Turner explained to The Debrief that precisely how completely frozen the planet was remains a matter of debate, but those first sponges survived somehow either way.

“These are controversial episodes: some workers think much of Earth was glaciated, possibly for a long time,” she said. “Lots of others think that it consisted of geographically and temporally patchy glaciations. Regardless of what the Cryogenian glaciations really were, the products of biological evolution, including early sponges, survived through them – the glacial episodes did not ‘reset’ biological evolution.”

It would appear that life in all of its complex forms began quite early in the planet’s history and has remained tenacious. And when it comes to animals, all of us are apparently distant relatives of a sponge that showed up in the Neoproterozoic oceans.

So Is This It? Have We Identified The First Animal On Earth?

It would certainly be exciting if one of the great mysteries of evolution had been definitively solved. Unfortunately, Dr. Turner threw cold water on that idea when The Debrief asked if the case was closed. She told us that her discovery has “absolutely not” locked down the origins of animal life on Earth. Further, there would be no way of proving that.

“If I am correct in my interpretation of the material, it merely establishes that animals akin to sponges had evolved by 890 million years ago.” Turner continued. “How much farther back they (or other possible animals) might be found remains as yet unknown.”

This field of research is clearly an ongoing process and more discoveries may yet come to light. But as Dr. Turner notes, animals that didn’t evolve any sort of bones, shells, or other hard structures capable of producing a fossil are likely lost to us until someone figures out a way to construct a functional time machine.

Life’s Big Move From The Water To The Land

At some point, the sponges and their early relatives evolved further into increasingly complex forms of life. That leads us to the next big question of interest. It would seem that life has been conclusively proven to have first evolved in the water. But when did the first animals climb out of the oceans and onto the planet’s early land masses?

For a brief look at that question, The Debrief dug into some of the work done by Dr. Michael Brookfield, a researcher, and scholar with the Department of Geological Sciences at the University of Texas at Austin. In a 2020 paper he published, along with Doctors E.J. Catlos and S.E. Suarez, the team reported that there was a surprisingly diverse collection of animals living on dry land as early as 385 million years ago.

These animals included a wide range of vertebrates known as tetrapods. They occupied a variety of climates and took many shapes. While some resembled crocodiles and small lizards, others looked more like snakes or eels. And once the evolutionary wagon truly began rolling, the wide diversity of animal life continued to expand. (Including the early, land-roving ancestors of the dolphins.) But none of that took place until at least half a billion years after animals first emerged in the water.

The First Spark Of Life

At some point, the early Earth went from being lifeless to the home of some recognizable form of life. This is believed to have taken place roughly one billion years after the planet’s formation. But how did it happen? The two most popular theories as to how this took place involve either a spontaneous collision of materials in a primordial “pool of goo” or some interstellar hitchhikers crashing onto the earth with a meteor or comet. (The latter explanation is known as the panspermia hypothesis.) Just to indulge ourselves in this eternal mystery, we asked Dr. Turner if she has a preferred theory.

“The ultimate origin of life is hardly my area of expertise! But science operates on the principle of parsimony, which says that the simplest explanation of any evidence is the most likely to be true. Sure, it is possible that biological material was delivered to Earth from an extraterrestrial source, but an Earth-based explanation is more parsimonious, at least given the evidence that is currently available. There are lots of logical possible ways it could have happened that don’t require delivery of extraterrestrial material.”

It’s yet another question we never know the answer to. But human beings are a curious species, so we’re not going to stop looking.