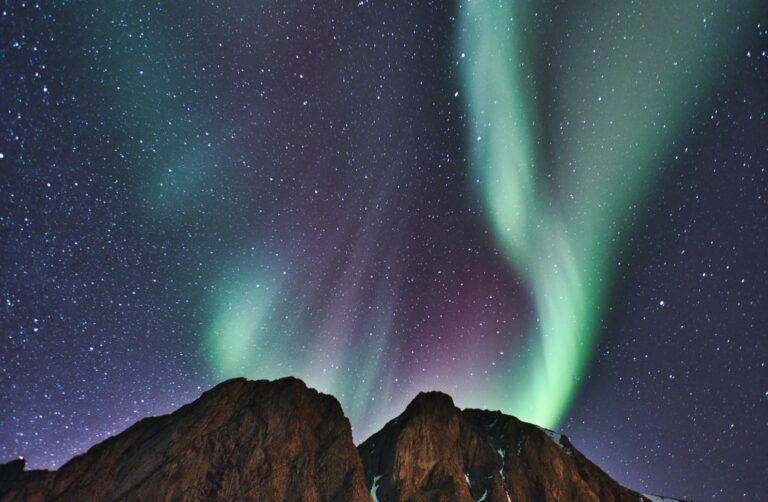 Energy from a recent coronal mass ejection (CME) reached the Earth last night, setting the stage for what could have been a brighter-than-normal performance by the Northern Lights, and raising some concerns about whether a geomagnetic storm might follow.

Space weather experts say the charged plasma arrived from the sun late on Wednesday, and although there are no signs of a storm yet, it remains a possibility during significant CME events.

Sky watchers on Wednesday night were on alert for a potentially bright display of the Northern Lights, or aurora borealis, as the ghostly appearance of shimmering green light was expected to peak. The displays may continue into Thursday evening, allowing a rare viewing opportunity for those located further south.

The lights often follow CMEs, which occur every few days and involve plasma and magnetic field which are released in large amounts—sometimes even billions of tons—from the sun’s corona. The most powerful CMEs can reach Earth in under 24 hours, traveling as much as 3000 km per second, according to NOAA.

In an update posted at SpaceWeather.com, astronomer and science writer Dr. Tony Phillips noted that the current CME had raised solar wind velocities to around 600 km/s, but that no geomagnetic storm had ensued yet.

“This CME brought a storm-killing north magnetic field,” Phillips said. “So even though the velocity of the solar wind flirted with the high value of 600 km/s, it was ineffective in causing geomagnetic storms and auroras.”

There is still some potential for disruption as the sun begins its latest period of heightened activity. Radio interference can be a common result of CMEs like this one, which erupted from the Sun on December 7. GPS systems can also be affected, as well as the power grid. In light of this, some have raised concerns about whether a significant CME might even cause widespread disturbance comparable to a famous solar event that occurred in September 1859.

SOL1859-09-01, also known as the Carrington Event, resulted in a geomagnetic storm that interrupted Telegraph services and caused significant problems for the fragile 19th century electrical equipment in operation at the time.

However, not everyone is convinced that the effects of such a geomagnetic storm would be the same if it occurred today.

“As for the Carrington Event, new research shows that these major events are more common than previously thought,” Phillips told The Debrief, who recently wrote that the events like SOL1859-09-01 may actually be far more common than once thought.

“In fact, power grid operators have been taking space weather seriously for some time noow, and many regional grids are well prepared to survive a major storm,” Phillips says.

Recently, NOAA issued a geomagnetic storm watch at its website, which is expected to last through Friday “due to anticipated CME effects.”

The CME that sparked the alert came from a C7.4 flare attributed to Region 2790, and can be seen below in a Tweet posted online by SpaceWeatherLive:

A great look at the C7.4 flare that just took place from sunspot region 2790. More updates in the hours to come. Follow live on https://t.co/XHATH0OOfT pic.twitter.com/FQN1Ytq5w2

Did MIT Scientists Invent a Tool That Can Predict the Future?

Although electrical and radio disturbance is expected to be minimal as we move beyond the height of the CME’s effects, the opportunity for viewers to enjoy a colorful display as the Northern Lights continue to peak during the next few hours could mark a high point for such viewings before the new year.

The skies over states at least as far south as Washington, Oregon, and Pennsylvania may be host to the dazzling green waves of light. Under the right conditions, other bands of color ranging from purple and blue to pink may also be visible, especially further north.

The vivid colors are the result of light particles that react energetically with molecules of nitrogen and oxygen in the upper atmosphere as coronal ejections from the sun reach the Earth.

Update: Dr. Tony Phillips at SpaceWeather.com now says that mid-latitude appearances of the Northern Lights are unlikely Thurday night, and there are currently no signs of geomagnetic storms resulting from the December 7 CME.