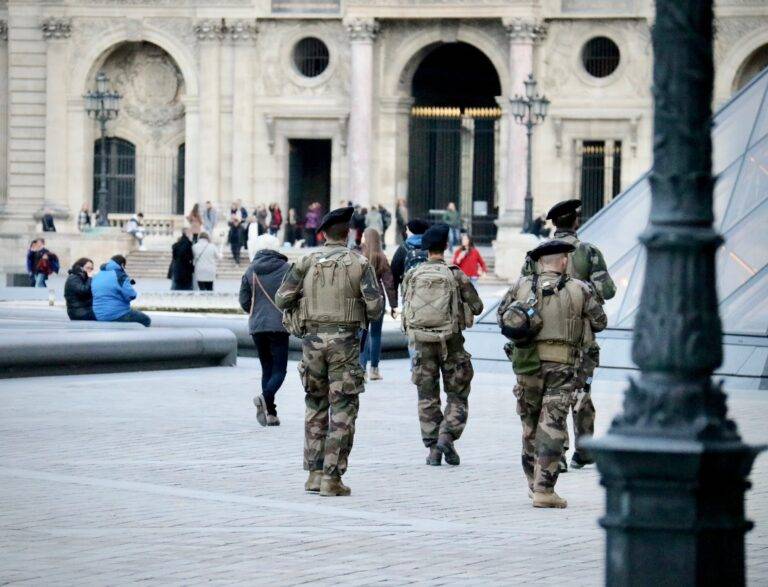 France latest to get OK to develop ‘super soldiers’

On Tuesday, a French military ethics committee approved development of “augmented soldiers” for the French army, according to CNN. The approval allows for medical advancements like prosthetics and implants, as well as tracking and connectivity technology.

It seems the French army still needs to operate within the boundaries of ethical human experimentation following the approval, as the country seeks “’operational superiority of its armed forces in a challenging strategic context’ while respecting the rules governing the military, humanitarian law and the ‘fundamental values of our society.’” Any “invasive” advancements that may affect the “humanity” of the soldier—like cognitive implants—will be forbidden, per the 18-person defense ethics committee that was formed in 2018.

France isn’t the only nation working on futuristic militaristic pursuits. The report comes after concern from intelligence officials like John Ratcliffe, U.S. Director of National Intelligence, who penned an op-ed in the Wall Street Journal warning against China’s “biologically enhanced capabilities.”  The Defense Advanced Research Projects Agency (DARPA), which serves as the research department of the Pentagon, spent millions working on an implant that would allow the human brain to communicate directly with computers, according to a 2016 CNN report.

ANALYSIS: Super Soldiers May Be the Future

While there are many ethical arguments to be considered regarding biological augmentation of soldiers, Ratcliffe alleges China already performed human testing on its own army and wrote in his op-ed that “there are no ethical boundaries to Beijing’s pursuit of power.” France’s defense committee, while operating with stricter ethical constraints than China, still poses some concerns for those uneasy about treading this path: In a news release on Tuesday, Minister of the Armed Forces Florence Parly made clear that the consensus of their ethics committee “isn’t set in stone and will be regularly reassessed in the light of future developments.”

Could Augmented Reality Change How We Read Paper Books?

As these advancements continue to take place, and the news of technological strides continues to reach the public, it will be interesting to see if other major powers follow suit. With the world’s military leaders open to innovation and flexible on the ethics calculations, the world as we know it—especially the way wars are fought—may look like something close to science fiction sooner rather than later.