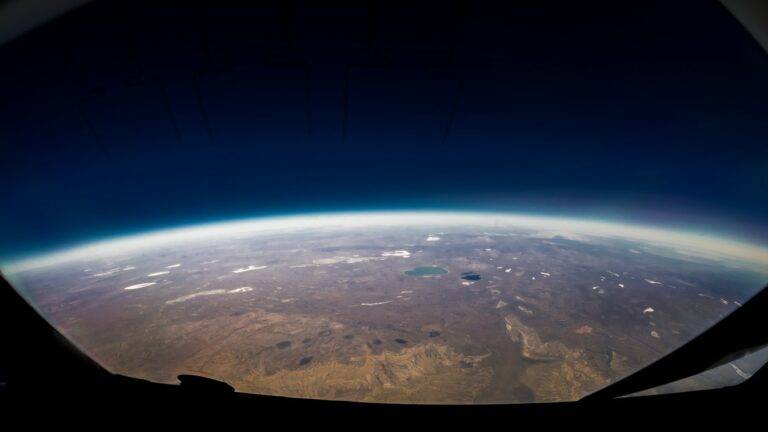 Israel’s former space security chief Haim Eshed has recently crept into the spotlight after he made the provocative claim that the US government—among others—has engaged with what he referred to as a “Galactic Federation” of extraterrestrial entities. Though there is currently no evidence to substantiate his claims, it is nevertheless a worthwhile endeavor to investigate how advanced an extraterrestrial civilization would have to be in order to traverse the vast expanse of space within the Milky Way galaxy. We do this using The Kardashev Scale.

The Kardashev Scale functions as a suitable rubric with which to speculate on the technological advancement of a given civilization in the cosmos. Developed by Soviet astronomer Nikolai Kardashev in 1964, the Kardashev Scale measures a civilization’s advancement by the amount of energy they are able to use. To provide perspective, it is widely held by the tech and science communities that civilization on Earth is still hundreds of years away from being able to cross into the entry-level tier of the scale. Type I designation on the Kardashev Scale represents a civilization that has the capability of harnessing all the available energy from a neighboring star—gathering and saving it in order to meet the high-energy demands of an increasing population.

Reaching Type I status would require that Earth boost its energy production by more 100,000 times. This would further entail civilization on Earth having total autonomy over the planet’s natural forces, such as the weather, volcanoes, and even earthquakes. This is almost unimaginable energy output for where our civilization is technologically. A Type II civilization would have spread itself out into its solar system, requiring vast amounts of energy to complete such a task. One hypothesis for how such a civilization would go about acquiring such colossal loads of energy is through what is known as a Dyson Sphere—a theoretical engineering project that encircles a star with certain types of platforms orbiting in tight formation. Other planets would be colonized, while gas giants would be used for mining.

The scale’s Type III stage is precisely where Eshed’s hypothetical “Galactic Federation” would fall. This stage would necessitate that a civilization has functionally mastered all knowledge and utility as it relates to energy. Some have concluded that a species that had breached this threshold would almost certainly have transcended an exclusively biological form. Indeed, it is possible that said species would be composed of cybernetic organisms—entities both biological and robotic.

It is theorized that this Type III civilization of cyborgs would have developed colonies of robots with the capacity for self-replication. Because of this, it is not outside the realm of possibility that this hyper-advanced civilization would grow in population by the millions, requiring more and more energy as they slowly populated stars all across the galaxy.

Though the species would have achieved a kind of immortality—allowing for space travel that takes millions of light years—they would still be bound by the laws of physics, which could prohibit them from traveling at the speed of light. One way to circumvent this issue would be for the species to create a working warp drive or use the massive energy cache at their disposal to master the potential for wormhole teleportation—both of which are still considered to be highly theoretical.

Suffice it to say that Eshed’s “Galactic Federation” would have to be made up of a federation of intergalactic species so much more technologically advanced than ourselves that it would make one wonder, among many other things, why they would have an interest in speaking with leaders of our most powerful governments on a planet that is little more than an anthill to them.

When Eshed was asked by an interviewer if there was really such a thing as a “Galactic Federation,” he said that “it exists,” adding that “I wrote about it even though it was perceived as a conspiracy theory, but lately, former senior generals are also saying to publish, and Trump was on the verge of finding out, and some mainstream professors are also saying: ‘Guys, tell.’ But the aliens in the federation say: ‘Wait, let’s first calm down, do not post yet because you will see what is happening to you. You are still fighting [with] each other, you will destroy yourself.’”

There is no doubt that these comments are like something drummed up from a high-budget science fiction film, but Eshed continued his statement and even elaborated a bit more on his alleged knowledge about these galactic entities. He stated that these extraterrestrial entities will not speak to us directly because “it will create panic and collapse humanity… the markets will collapse, there will be nothing to eat, people will become cannibals, hospitals will be shut down, all dark passions will come out, it may be the end—and they are not interested in it. On the contrary, they follow all the time. And there are a lot of reports about it—after the nuclear events in the world, they monitor all the stations and nuclear weapons bases—I’m willing to give you all the things written—and there were already things they prevented.” Eshed goes on to say that if it were not for these entities, human beings would have already destroyed themselves with nuclear weapons.

One of the most bizarre statements made by Eshed is that the US government has made an agreement with the federation—a collective of “nine elements of advanced aliens of various kinds”—giving them permission to conduct experiments here. When he was asked why they would target Earth, he said that “there is water here in quantities that are nowhere else, there is all kinds of vegetation, all kinds of animals, the ocean,” adding that our planet is a Petri dish for these entities.

It is worthwhile to consider whether a civilization that had virtually mastered the galaxy would have any interest in such a comparatively primitive planet such as our own, to the extent that they felt it necessary to come down and play by the Earthly rules of contracts and agreements. There is also a big question mark behind the bold statement that our planet is unique in its possession of water, animals, and vegetation. It was recently estimated that there are around six billion Earth-like planets in our galaxy, each potentially hospitable to life, perhaps with large reservoirs of running water on its surface.

While it is possible that there are Type III civilizations somewhere in the cosmos, it requires a massive suspension of disbelief to consider that this hypothetical ‘Galactic Federation’ would be discussing its intentions with the president of the United States in the name of respect and cosmic civility.