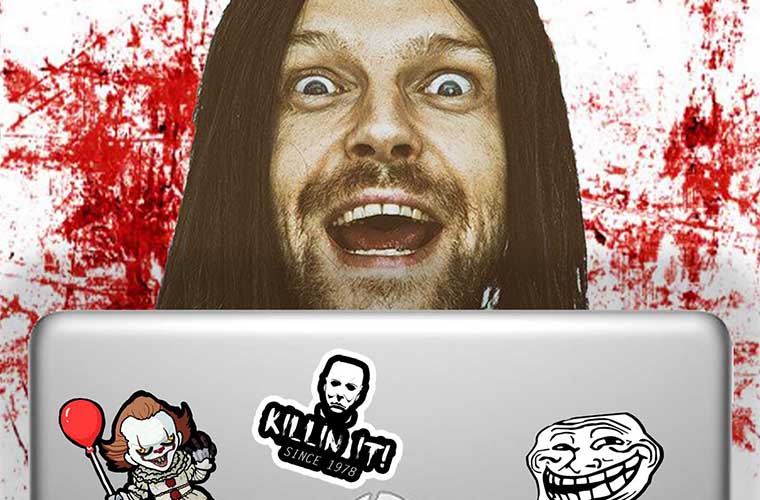 Today’s internet and social media platforms offer people the ability to express their opinions on literally anything. There are plenty of examples of how this unparalleled connectivity has allowed people to stay in touch with relatives, friends, and foster long-distance relationships that previously wouldn’t have been possible.

Unfortunately, the social web’s dispassionate distance also provides a venue for people to express hateful and derogatory comments and views easily. With people’s lives becoming further digitized due to the COVID-19 pandemic, in 2020, many researchers have noted sharp increases in online bullying and hateful comments in online chats.

With this recent study, published in the journal Frontiers of Psychology, the correlation between antisocial personality disorders and derogatory internet behavior suggests countering online hate may not be an easy task.

When it comes to understanding the personalities behind those who post hateful online comments, the vast majority of past studies have examined behaviors such as “trolling” – deliberately trying to upset people online – or cyberbullying. However, according to Dr. Piotr Sorokowski of the Institute of Psychology in Poland, very little has been done to examine what he and his colleagues call: “online hating.”

Researchers defined “online hating” as a distinctive behavior whereby a person directs hate speech toward another they do not personally know, such as public figures or other online users.

To establish a personality profile for online haters, researchers examined the characteristics of people who posted hateful and non-hateful comments about Polish athletes during the 2018 Winter Olympics in South Korea.

Sorokowski and his team identified hateful comments as being “statements expressing a negative, insulting attitude toward sports players; evaluative but not including constructive criticism.” An example of a hateful comment provided in the study was: “Representing our country while being so ugly should be banned.”

Researchers say they also examined positive and negative “non-hateful” statements directed at the Olympians. “It’s alright, we keep our fingers crossed, next time s/he will do better!” was an example of a positive non-hateful comment shared in the study.

By comparison, an example of a negative but non-hateful comment provided by researchers was: “Considering the moderately good results throughout this season, during Olympic Game s/he performed rather badly. I think s/he wasn’t sufficiently prepared for this tournament.”

Once researchers had identified hateful and non-hateful statements, they invited commenters to complete a survey that measured a host of personality traits, including the “Dark Triad:” Narcissism, Psychopath, and Machiavellianism. Researchers also included a “Satisfaction with Life Scale” and constructed a “Scale of Frustration” in questionnaires.

What exactly is a Psychopath?

According to the most recent fifth edition of the DSM, a person must meet the following criteria to be clinically diagnosed with Antisocial Personality Disorder.

Thanks largely to fictional portrayals, the general public commonly associates the term “psychopath” as being someone who selfishly acts with violent disregard for others. A simple example, in the fictional Gotham City, Batman’s archnemesis, the Joker, is a quintessential psychopath trope.

Yet, contrary to popular belief, the vast majority of psychopaths are not violent, sadistic killers.

In his 2012 book, The Wisdom of Psychopaths: What Saints, Spies, and Serial Killers Can Teach Us About Success, British psychologist specializing in the study of psychopathy, Dr. Kevin Dutton, describes how many “functional psychopaths” tend to be charming, engaging, entertaining, and possess high-intelligence.

According to Dutton, up to 1% or 2% of the population could be labeled as “psychopaths.” Yet, rather than being sadistic murders, functional psychopaths leverage their unique neurochemistry to gain very successful professional careers and occupy high positions in society.

Dutton notes that the ability to make decisions without feelings or morals, lack of fear or remorse, and boldness to take action makes many functional psychopaths aptly suited for leadership roles in business, politics, and high-pressure situations.

In 2000, Steven Rubenzer and Thomas Fashingbauer, a forensic psychologist and professor of psychology respectively, conducted a personality study of 41 past U.S. Presidents. Researchers found that most ex-presidents met the criteria of being psychopaths, with John F. Kennedy and Bill Clinton topping the list.

In his 2011 Great British Psychopath Survey, Dutton says the ten professions identified as having the highest proportion of psychopaths are:

With the ability to lay-off employees or argue in defense of someone you know committed an atrocious crime and still get a good night’s sleep – Dutton’s list of most “psychotic” professions isn’t particularly surprising. Except for chefs. That one will make you think twice before you bite into a pricey piece of filet mignon prepared by The Culinary Institute of America’s latest star.

Perhaps unsurprisingly, some journalists pushed back on Dutton’s listicle of professional psychopaths, pointing out it was not conceived by formal methodology and empirical study.

Regardless, Dutton’s treatise is that while persons with psychopathic personalities don’t lend themselves to having amicable personal relationships, these very antisocial traits allow functional psychopaths to excel in leadership positions necessary for specific societal roles.

Unfortunately, when it comes to “online haters,” authors of this recent study say psychopaths aren’t using their maladaptive personality traits for “good.”

Previous research has found that those who engage in “cyber-trolling” possess personality traits consistent with sadism, psychopathy, and Machiavellianism. Results suggest individuals engaging in consistent cyber-trolling do so because they take pleasure in hurting or upsetting others, and trolling is merely an internet manifestation of everyday sadism.

Conversely, in their recent paper, researchers note finding it interesting that neither of the other two traits of the Dark Triad; Narcissism, and Machiavellianism, were strong predictors for online haters. These results, however, confirm some other past published research on the relationship between dark personality traits and derogatory online behavior.

One such recent study, published in the journal of Personality and Individual Differences in 2019, performed a systematic literature review of a host of problematic online behaviors, such as trolling, cyberloafing, cyberbullying, technology-facilitated sexual violence, and sending non-consensual or unsolicited explicit images and texts.

“The lack of personal connection to others on social media certainly makes it easier to post hateful comments,” Dr. Anderson told The Debrief in an email. “Most commonly hateful content is targeted at people or groups of people that aren’t known to the person posting the content. I don’t know if social media platforms have made it easier to come into contact with people who possess these traits, but it certainly has created an environment in which there is social distance from the victim of the hateful comments. With this social distance comes decreased responsibility, a lesser likelihood of being confronted by the victim, and less chance of their being consequences for these antisocial acts.”

In this recent study, researchers found that Machiavellianism showed some of the lowest correlation in predicting online hate. The team also found age, sex, and narcissism to be among the lowest-associated traits. Envy showed a weak positive relationship, but not enough to be considered statistically significant.

In all, only psychopathy proved to be a significant predictor. The study’s authors say this supports the theory that online hate is distinctly different from trolling or cyberbullying.

While sadists derive pleasure from hurting or upsetting others, the correlation between psychopathy and online hate suggests hater’s lack of empathy, remorse, and egocentricity lend themselves to having a willingness to post hateful comments without any expectation of positive reinforcement. In essence, online haters don’t consider or even care if their words cause harm or distress to others.

Researchers noted that most of the hateful comments directed at Polish Olympians came from fans who were upset over athletes’ performance during the games. Negative comments were so prevalent, some Polish athletes publicly admonished fans for their hateful reactions.

Presently, psychopathy is considered untreatable, and there aren’t any effective treatments or pharmacological therapies for antisocial personality disorder.

“Some people are really good at engineering their online presence and interacting with others in a harmonious way. Others either don’t understand the rules, don’t respect the rules, or even get a thrill from breaking the rules. People who are high in levels of psychopathic or sadistic personality traits tend to fall into this last category,” Dr. Anderson explained.

In his conversation with The Debrief, Dr. Anderson pointed out that the depersonalization of social media allows for people with antisocial personality traits to easily manifest in a way that the same person would be unlikely to behave in face-to-face interactions.

“But, of course, this doesn’t make it acceptable,” said Dr. Anderson. “We don’t allow an individual’s personality to excuse them for socially unacceptable behavior – for example, we don’t just let extraverts talk at full volume in the library – social conventions mean we know that libraries are quiet places, and so we all (regardless of our personality) learn to follow these rules. The internet is no different; there are socially acceptable behaviors and socially unacceptable behaviors… the difference is that online, it’s easy to post hateful content and either hide behind an anonymous or even a fake profile or to be distanced from the people you are offending.”

When it comes to countering online haters, Dr. Anderson suggests the solution may ultimately rest on the internet’s non-psychopathic users’ actions. “Short of something drastic occurring (e.g., physical trauma to the brain, post-traumatic stress), our personality is believed to ‘set’ in early adulthood, so people who are high in these traits are unlikely to change their personality. Even our temperaments as children tend to follow us into adulthood (e.g., introverted children are often introverted adults),” explained Anderson.

“So, while we are unlikely to be able to reduce their willingness of people who possess these traits to post hateful content, we are able to reinforce the social norms around the appropriateness of posting such content. As more people enact these norms by reporting or blocking users, or even calling them out in a public online forum, the rules around what’s acceptable become enforced.”

Since this recent study was limited to sampling Polish sports fans, researchers hope that others can conduct further research to confirm the results in the context of the greater general population.

“Results of the present study are one of the first steps in broadening our understanding who the online haters are, which, in turn, may help identifying the best strategies for psychological interventions for haters, and creating counter-hating strategies,” researchers note.