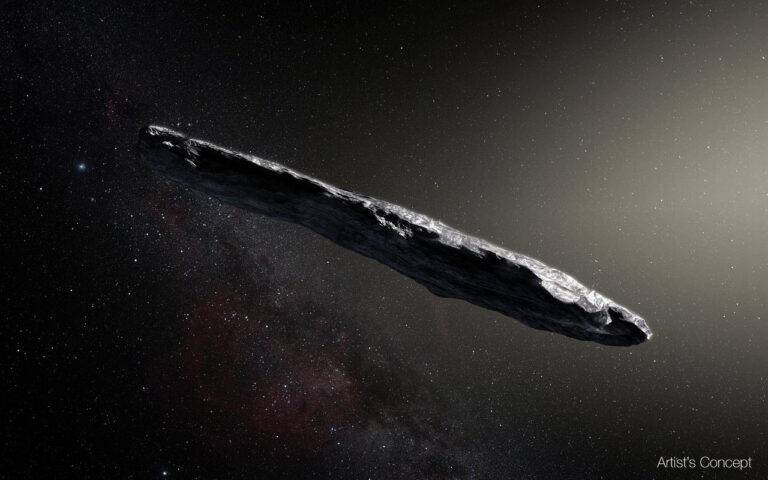 
Essay argues interstellar objects may be ‘message in a bottle.’

Harvard astrophysicist Avi Loeb’s recent essay for Scientific American challenges scientists and institutions like the SETI Institute to expand their search for evidence of extraterrestrial life beyond mere radio signals to the tangible: alien probes. Oumuamua may be the answer.

BACKGROUND: oumuamua in the Neighborhood

The essay, titled “Let’s Search For Alien Probes, Not Just Alien Signals,” argues that, given what we now understand to be the prevalence of Sun-like stars that host exoplanets with the ability to hold water and support life, searching for physical probes launched into space by other civilizations must be considered in our search for other intelligences, in addition to laser or radio communication.

Dr. Loeb, a former chair of Harvard’s astronomy department and the founding director of the university’s Black Hole Initiative, has an upcoming book titled “Extraterrestrial: The First Sign of Intelligent Life Beyond Earth” based on the interstellar object Oumuamua, which he describes as a “message in a bottle.”

Discovered by Robert Weryk using the Pan-STARRS telescope at Haleakalā Observatory in Hawaii, Oumuamua (from the Hawaiian for “scout”) was the first reported interstellar object observed moving through our solar system. Loeb believes sunlight helped power its movement, and he thinks Oumuamua is a prime reason to “continue to monitor the sky for similar objects.”

“If the senders of the probes prefer to remain anonymous, they might choose to deposit them in the galactic parking lot, the so-called local standard of rest, which averages over the random motions of all stars in the vicinity of the sun,” Loeb wrote in his essay. That would make it basically impossible to determine from which star an object is hailing — and, whether by chance or design, that is just where Oumuamua was found.

If Oumuamua is a probe “sent intentionally to Earth vicinity by an alien civilization,” as Loeb, postdoctoral scholar Shmuel Bialy, and others argued in 2019, then attempting to send some probes back is warranted. Not all buy into this idea, however. Alan Jackson, a fellow at the Center for Planetary Sciences at the University of Toronto, commented via email to CNN that the 2019 paper was ”distinctly lacking in evidence nevermind [sic] extraordinary evidence.” Undoubtedly Loeb’s forthcoming book will further develop his argument.

OUTLOOK: Should we Put An Eye to the Sky and Look for Alien Probes?

“If intelligent life like ours is common around Sun-like stars, then our technological civilization is a late bloomer, and most interstellar probes that were already sent by our predecessors around other stars are far more sophisticated than we can imagine,” Loeb told The Debrief.

“If we ever get our hands on an advanced probe from billion-year-old technology, it would look like magic to us — just like a cell phone would look to a caveman. Regarding their purpose, it is unclear whether the most abundant probes in interstellar space might be just space junk; or devices intended to collect or relay information; or platforms carrying 3-D printers which are aiming to produce more probes, or even life, out of the raw materials on distant planets.”

Discussion about Oumuamua and the search for potential extraterrestrial probes from advanced civilizations will both continue as mainstream astrobiology research moves increasingly into looking for technosignatures and research into UAPs gains steam. While its message is as yet incomplete, Oumuamua clearly communicates the need for us to monitor closely any anomalies in our solar system. It will take continued pressure from academics like Loeb to help move the needle.