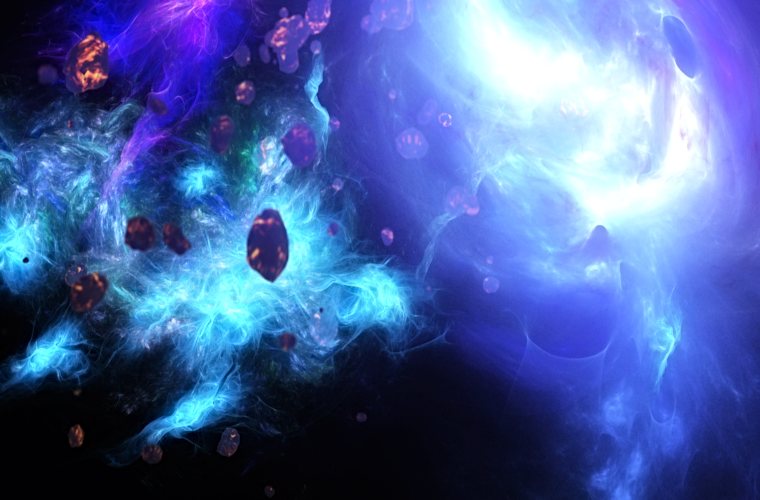 Last week, two Harvard astronomers, Amir Siraj and Avi Loeb published a study showing that there are more visiting interstellar objects in the Oort Cloud than previously thought, and, according to a press release, they outnumber our solar system’s objects by a long shot.

There’s a new (giant, and actually very old) cloud in town, and he’s hanging out with all the interstellar space objects you can imagine – and maybe hiding the secrets of the universe?

Background: Oort of this world

So interstellar means space that isn’t tied to the gravitational or magnetic force of the sun – so interstellar objects are from far, far, far away. And the Oort Cloud is a giant cloud at the farthest reaches of our solar system – as in, it would take the sunlight around a year and a half to reach the outer limits of the Oort Cloud compared to the 8-minute cruise it takes sunlight to reach Earth. NASA describes it as “ a big, thick bubble around our solar system, made of icy, comet-like objects.”

Knowing about objects linked to the Oort Cloud is an incredible feat of science because the astronomical distance of the cloud and the fact that objects in the Oort Cloud don’t produce their own light makes them very difficult to see. Also, our technology hasn’t caught up with our interest in exploring what the Oort has to offer.

Analysis: Are Interstellar Objects In the Oort Cloud?

‘Oumauma first flew into our field of discovery in 2017. After much speculation over the giant cigar-shaped object, including Dr. Loeb’s hypothesis that it could be alien technology, two years later in 2019, scientists suggested that ‘Oumuamua wasn’t artificial, but rather a chip off a Pluto-like world from another solar system.

More research has been published recently about the origins of ‘Oumauma, ruling out any natural explanation proposed to that point, Dr. Loeb told The Debrief. He adds that it’s interesting to see consistent arguments against a natural origin “after the community as a whole was pushing back against an artificial origin and claiming unequivocally that `Oumuamua must be natural in origin.”

As it turns out, `Oumuamua has not been the only visitor to our solar system.

The second known interstellar object to be spotted is called Borsiov. In 2019, he was “glowing dimly, with a broad stubby tail,” as beautifully described by Nature.

Just because they both decide to travel close enough to our planet to detect doesn’t mean all objects from other Solar Systems are the same. They both provided insight into the physics and chemistry of debris clouds that serve as birthing grounds for planets around young stars. But they are different. Not to choose favorites, but ‘Oumauma might be made of pure hydrogen or pure nitrogen, making it a type of object never seen before, Loeb explained to The Debrief. Borisov, on the other hand, appeared like a regular ol’ comet.

“Clearly, `Oumuamua and Borisov are of very different composition and origin (irrespective of whether `Oumuamua is natural or artificial in origin),” said Dr. Loeb.

So, where are we looking, literally? We’ve established objects in the Oort Cloud are camera shy due to the distance and the terrible lighting, but the good news is the Vera C. Rubin Observatory, a telescope that will “blow previous searches for interstellar objects out of the water,” Siraj said. Using a better camera could mean detecting a lot more fun and interesting interstellar objects –  and maybe a hot alien or two?

Once astronomers have 10 or 20 interstellar objects under their belts, they should have a much better picture of what (or who?) is floating around deep-space. “Eventually, we’ll be talking about the Galaxy as something in which we are exchanging the products of planetary systems,” Michele Bannister, a planetary astronomer, told Nature. “It will be an entirely different way of doing astronomy.”

The abundance of interstellar objects in the Oort Cloud suggests that much more debris is left over from the formation of planetary systems than previously thought, Siraj said in the press release.

Also, Dr. Loeb casually told The Debrief that “there should be about a hundred trillion Borisov-like interstellar comets out to the edge of the Oort cloud,” we just don’t have the technology to see them yet.

It sounds like more interesting, far-out visitors are incoming.

Sarah London studied business and communications at the University of Winnipeg. She’s a content coordinator, writer, and stand-up comedian who likes science even though she failed physics. Follow her on Twitter @sra_5000.