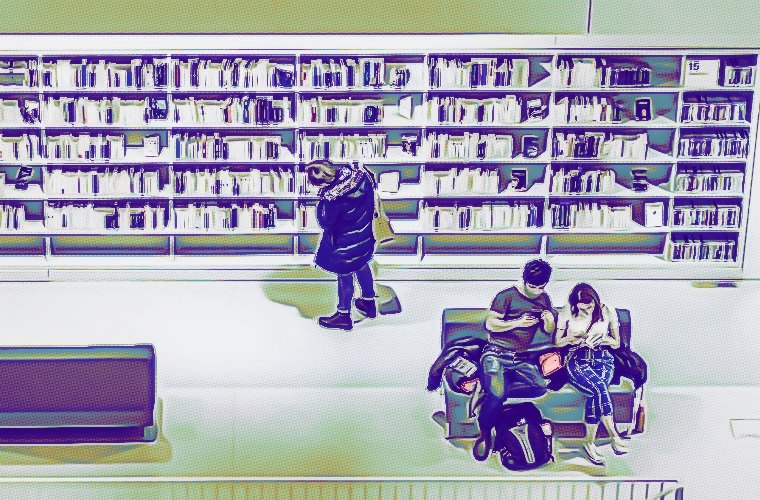 Getting a book published is difficult. Earning money from it is Herculean. While technology has made the physical act of book publishing easier, it has not solved the problem of writers earning a living wage from book writing. However, a handful of writers are using the recent NFT boom to publish their books, and it may just pay off.

“Buying the NFT becomes almost like a membership badge or something for people who are big fans and want to actively support and contribute to the artist’s development,” digital artist and author Tim Boucher told The Debrief. “From the creator’s perspective, there are many advantages.”

NFTs (non-fungible tokens) are specialized, encrypted digital tokens that can be verified as “authentic.” Any digital file, like an image, audio file, 3D rendering, or digital book, can be duplicated. However, when that digital file is “minted” as an NFT, that file becomes secured in a digital infrastructure called a “blockchain.” Even though copies can be made, the buyer of the NFT owns the original version of that file they purchased and can prove it.

The NFT market has experienced a surge in interest as cryptocurrencies, and several high-profile individuals have placed their digital art onto NFT marketplaces and earned large sums of money. In March, The Debrief reported that a Canadian artist sold a “virtual home” for half a million dollars.

While music and digital art have become a hot market in the NFT world, selling books, especially works of fiction, on these marketplaces has yet to happen in a big way.

Analysis: THe Rise of The Book NFT

“It’s so early in NFT books as a field that literally anything is possible. The key thing right now is for creators to learn, experiment, and find ways to improve on the process that works best for them,” Boucher stated. “If you have a small following, but your fans are extremely dedicated, this could still work. I think we’re in an age where small dedicated fan bases might even be better because they can better support a creator’s unique vision than in trying to please everyone.”

Based in Quebec, Boucher published his first novel in January of 2020. Like many self-published authors, sales were low. Even though his fantasy novel, The Lost Direction, was reviewed by one of Canada’s most prestigious literary magazines, it never took off. Recently, he jumped into the NFT art scene and has done quite well for himself. Now, he’s “minting” his book as an NFT on the popular NFT marketplace, Rarible. Though modest, he is already seeing an increase in sales.

“I don’t think conventional print/ebook publishing is going to go away, but it’s clear from upheavals in traditional publishing that many aspects of the old model are no longer workable anymore due to costs and changing behaviour patterns of buyers,” Boucher told The Debrief. “So I think even big established publishing houses (and big brands in general) are going to need to start experimenting here, and seeing what fits best for them.”

Boucher has started a blog to help other writers jump into the NFT book publishing world. The biggest hurdle, according to Boucher, is getting set up in the cryptocurrency world, which means purchasing a digital currency called Etherium, and taking the proverbial plunge into a weird new and risky digital market. Call him crazy, but Boucher is not a lone wolf.

Author Emily Segal took a different approach. According to Fortune, Segal published her first novel, Mercury Retrograde, in 2020 and began a small publishing house to sell her work. This year, she turned to the NFT world to fund her second book, Burn Alpha. Using Mirror, a crowdfunding NFT platform where members vote to decide which new writers can join their ranks, Segal sold 70% of her next book (retaining 30% for herself), raising 25 Etherium (which at the time of publication is about $65,000 USD). This money is an investment for Segal to write the book, much like an advance. In exchange for the money, buyers get a copy of the book, and they receive the usual benefits like merchandise and limited edition copies. The Debrief reached out to Segal, but she did not respond to a request for comment.

“I think NFTs are part of the future. I think they are a huge part of the online world that includes video games, social media, remote conferencing, remote work, and more. I think NFTs will play a huge role for artists of all stripes,” author Hugh Howey told The Debrief. Howey, who has published over 25 books ranging from science fiction to travel literature, is personally considering jumping into this world himself. “I am working on two projects adjacent to the world of NFTs right now, and I’m looking at ways to release them in a fun and interesting way.”

Howey expressed some skepticism, however.

“I don’t see huge swaths of text as being the best source for NFTs, not when photos and fine arts can be made at a much quicker pace and have a more visual element (so more instantly digestible). Writing a novel is a huge investment in time. Reading one is as well,” he explained.

Outlook: Should Authors Publish Their Books as NFTs? Frankly, No One Knows…

Currently, the NFT world is about collecting, and many NFT artists can pump out hundreds of digital art pieces in a small amount of time. Can books and novels also cash in on this bubble? Howey suggests that if there is a significant shift to NFT publishing, it’ll require some creative and unique thinking.

“The folks who figure out how to do something unique and captivating in this space will make waves. I look forward to seeing what those enterprising authors come up with. I might even be a potential buyer,” he stated.

NFTs and cryptocurrencies are still a brave new world. However, as the user base of this technology continues to grow, some authors view it as a potential opportunity.

“The NFT bubble has already ‘popped’ probably a number of times and will continue doing so. I think of it more like a bubble bath than a single bubble. It’s an extremely volatile market, but if you can keep your costs down as a creator, you may stand to benefit from it substantially [and] help to shape the technology in a direction that serves creators & everyone else,” Boucher concluded.

That being said, this last decade was supposed to see the rise of the ebook. Simply put, it was a technological revolution that never really happened as good old-fashioned paper books still dominate 80% of the market. One could argue that the NFT market is less about how one reads the book, which is where ebook readers failed, and more about owning the book itself. It seems that the real value to authors here, as Boucher points out, is that whoever owns a digital copy of your book can resell it. Since the author gets a royalty for every trade or re-trade of that sold copy, it could become lucrative. Or, it all just collapses under our collective digital feet.

There is no telling where any of this will go, and while some consider the NFT art world to be a joke, others view it as a revolution that will shape the future of economics, entertainment, and the written word.