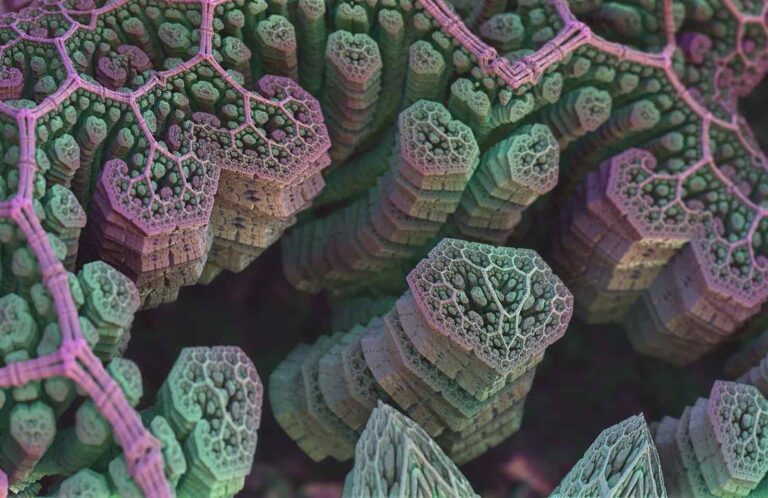 Panspermia is the idea that life exists throughout the universe and is seeded on new planets by comets, meteors, and other interstellar travelers.

Readers of Wikipedia will see the idea labeled as a “fringe” theory. But is it? Or, is panspermia as likely as the idea that life on earth developed from a soup of chemicals, via lightning strikes and heat, as the most widely-accepted theory of life’s origins on our planet states?

The current theory states that a brew of primordial chemicals was struck by lightning, cooked by heat, and developed into an organism that could replicate. This first step toward viable organisms capable of replicating is likely the hardest step any life must undergo.

Interestingly, despite its advances, modern science has never been able to replicate this development, beyond a few promising chemical constituents. As this first step is so hard and unlikely, is it possible it has only happened a few times over the course of our universe’s development, and those few developments of life were moved across space to “seed” the universe with life.

At one point, this subject was what I wanted to be a focus of study in my scientific career. Along with a physics professor who possessed an instrument that facilitated a super-low vacuum (to the point that molecules leaking through three inches of stainless steel were a source of contamination), I decided to look into this. The idea was that we would take microorganisms, spores, and other forms of life and see if they could survive the vacuum of space; this, essentially, would show that panspermia was possible.

So why didn’t we do it? Because it had already been done. Since the heyday of the early space program, NASA funded this very sort of research and found what we had initially expected: that panspermia was possible.

Origins of a Controversial Theory

The panspermia theory is hardly a new one. Philosophers from as early as 500 BCE are known to have argued that life existed throughout the universe. More than a century ago, Swedish physicist and chemist Svants Arrenhius was likely one of the earliest modern scientists to postulate that panspermia might be possible. Arrhenhius thought spores could have passed through the vacuum of space and brought life throughout the universe, although this was, of course, impossible to test at the time.

More recently, two different versions of how panspermia might occur have been postulated, a “soft” panspermia where amino acids and nucleic acids are sent through the universe, and “hard” panspermia, where actual spores and organisms are seeded, and not merely the building blocks of life.

Another theory of “hard” panspermia is that instead of traveling through interstellar space, life might have formed on one early planet in our solar system and was transported through collisions with meteors and asteroids from one planet to another on the resulting cosmic ejecta.

But what is the evidence for this theory? Can life survive in outer space? Scientists recognize that mammals like us would have a hard time out there alone; our lungs would burst in the vacuum of space and we would have trouble with ultraviolet light and the extraordinary cold. The question comes down to what type of life could survive.

In order for panspermia to function, a viable organism must escape the atmosphere and gravity

well of one planet, travel through space, and survive re-entry through an atmosphere to another planet. Each of these stages has been investigated, and there are viable routes for each. In fact, the “escape” scenario may not even require things like a meteor impact. The presence viable microbes and spores in low earth orbit have been discovered aboard The International Space Station (ISS). The key seems to be not the ability to survive in the chilly vacuum of space, but instead being protected from UV radiation, which quickly degrades nucleic acids when they are exposed to it, even inside a cell. Possible forms of protection from UV can be found within meteors, or even just soil, where the rough surface allows spaces that are protected from radiation.

As far as viable pathways for panspermia, methods of travel through space have also been studied (this is the area I was previously interested in studying professionally). In 1985, a Nature paper showed that panspermia was possible in simulated space, albeit constrained as discussed above. In fact, lower temperatures helped to stabilize the spores. Elsewhere, this has further been studied in space, and not just via simulation. In one study, Bacillus subtilis spores survived six years in outer space when protected from UV radiation by mixing the spores with soil-type materials on the PERSEUS mission. This may seem rather stunning, but when you look at the stability of spores under trying conditions here on Earth, maybe it shouldn’t be. Spores are extremely stable and can survive high doses of radiation, cold, and UV; at least when compared against their living counterparts.

But as resilient as they are, could spores survive re-entry through the atmosphere of a planet? As it turns out, yes they can.

In the paper “Survival of bacteria and spores under extreme shock pressure”, published in 2004 in Monthly Notices of the Royal Astronomical Society, researchers M. J. Burchell, J. R. Mann, A. W. Bunch found that when spores and living bacterial cells are put through shocks that are the equivalent of those they would have on re-entry and striking the planet, although they do not fare particularly well, their survival rate is finite, and was found to be at least sufficient to allow for the seeding of life. Further, they can also survive the heat of re-entry, as only the leading exterior of meteors and asteroids are subjected to extreme heat during such reentry events.

But do interplanetary/interstellar objects make their way to earth? The short answer is yes: rocks that have been shown to have originated on Mars have been located on Earth. More recently, the unusual interstellar object ‘Oumuamua was also detected; while this mysterious object was very large, there is nothing that precludes the notion that much smaller objects could transit interstellar space far more often than we realize.

Given that panspermia is certainly a valid possibility, what are the near-term implications? First, it might be surprising if Mars and Earth did not share a biological background. Our relatively close proximity, and the knowledge that we have exchanged objects in the past, might mean that finding life on Mars—either past or present–should be a reasonable expectation. If anything, not finding life (or at least a past history of life) on Mars might be more surprising.

We also know life can survive in space. Does this mean we should expect that methane or gasses of primarily biological origin found on other planets should be assumed to be biological until shown otherwise?

In conclusion, from our studies of life on Earth, we know it is hearty and can survive in nearly any extreme environment on our planet. This begs the question: why couldn’t the same be said if the right conditions were to be met in space?

Curtis Bradley holds a Ph.D. Molecular Genetics and Cell Biology from the University of Chicago.