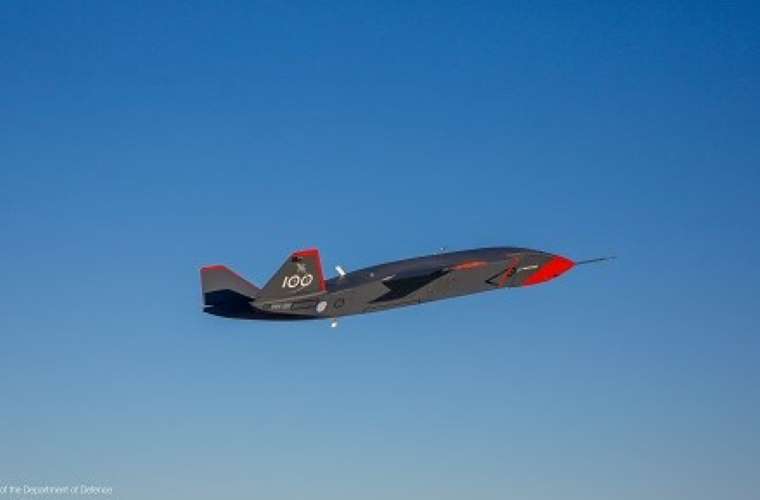 GHOST BAT IS NEXT PHASE OF LOYAL WINGMAN PROGRAM

Drones have become an increasing part of the modern battlefield. Some are off-the-shelf systems that offer limited performance and effectiveness, while others are customized military crafts that provide a wide array of functionality.

The Debrief has covered efforts by the U.S. military to combat the use of drones on the battlefield, with mixed success. More recently, the U.S. Navy test-fired a drone-killing laser, successfully zapping the approaching drone out of commission.

In the U.K., the Ministry of Defence is developing the Loyal Wingman program, an effort to team uncrewed aerial drones with piloted craft. A similar effort by the U.S. Air Force known as Skyborg launched an AI-controlled drone from a cargo plane in a successful test last year.

“The introduction of the new popular name is a rare and special moment in aviation history for our RAAF partners and industry team of over 35 Australian suppliers,” said Boeing’s Glen Ferguson, director of Airpower Teaming System Australia & International, in a statement. And, says Ferguson, the new name is right on the money.

“Selecting the Ghost Bat, an Australian native mammal known for teaming together in a pack to detect and hunt, reflects the unique characteristics of the aircraft’s sensors and Intelligence, Surveillance and Reconnaissance abilities,” said Ferguson, “and is a fitting name for this pioneering capability.”

Australian officials announced the new name in a ceremony held at RAAF Base Amberley on March 21st.

“This new capability allows us to introduce more mass into the battlespace,” added Dutton. “An adversarial aircraft would not only have to contend with our crewed capability but also numbers of uncrewed aircraft such as the MQ-28A Ghost Bat.”

At the same ceremony, the RAAF’s Air Vice Marshal Robert Denney also pointed out the appropriateness of the new name.

“A ghost bat is an Australian hunter which uses sophisticated multi-spectral sensors to detect, hunt, and kill prey both in the air and on the ground,” he said. “They team together in large numbers to confuse and overwhelm their adversaries and are native to Australia.”

SYSTEM NAMING IS A KEY MILESTONE

While Boeing notes that the new Ghost Bat name will phase out over time, the resulting AI drone system will continue to thrive under the company’s Airpower Teaming System program. Still, as far as the Australian forces are concerned, the temporary name is a perfect fit.

“The selection of the new common name Ghost Bat is a key milestone in our continuing advancement of this critical capability for Air Force,” said Denney, “and this unique name aligns well with the intent of the aircraft.”