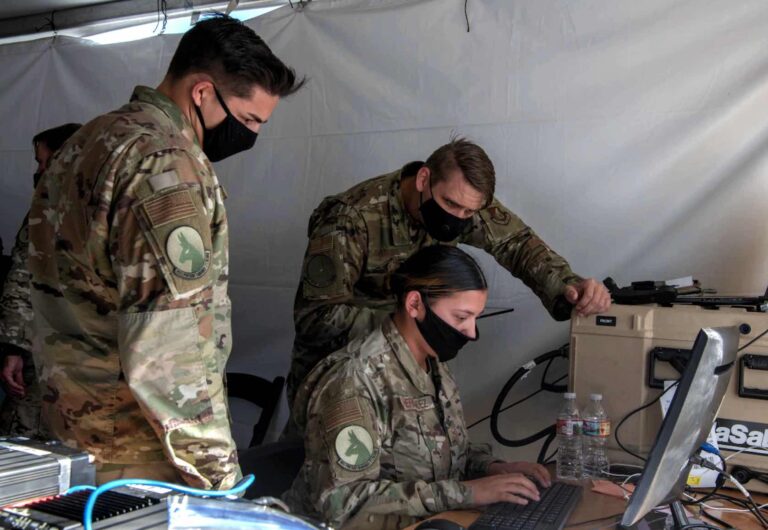 This effort, named the DOD AI and Data Acceleration Initiative, or ADA initiative, aims to advance concepts like the Joint All-Domain Command and Control (JADC2), the Pentagon’s plan to rapidly pass the best data from AI-backed systems to war personnel.

Let’s start with JADC2. Basically, this is the DoD’s plan to unify the networks from all military services— Air Force, Army, Marine Corps, Navy and Space Force— into a single network. The assumption behind this plan is that someday soon, DoD officials will have to make urgent decisions within hours, minutes, or even seconds. JADC2 would streamline this decision-making process.

DoD officials also argue that the current decades-old programs in usage, C2, are not adept for the speed, complexity and lethality of future conflicts. Yet some analysts are hesitant to embrace JADC2, citing concerns about its “technical maturity” and affordability. The big question is a matter of who; who would have access to this centralized network and who is making the decisions?

Nonetheless, the DoD has already held at least two major JADC2 exercises to test the coordination of the U.S. armed services. The first, held in Florida in December 2019, focused on a simulated cruise missile threat; the second, led by the Air Force in July 2020, focused on a simulated encounter with a potential Russian threat in the Black Sea.

Analysis: What will the ADA initiative do?

The ADA initiative will utilize a software-engineering approach to “generate foundational capabilities through a series of implementation experiments or exercises, each one purposefully building understanding through successive and incremental learning,” said Hicks.

Essentially, this initiative will expand what the Pentagon is capable of through different lines of effort.

The military plans on sending “operational” data teams to 11 combatant commands to catalogue, manage and automate data. These technical experts will help in streamlining workflows through the integration of AI.

“These flyaway teams will bring top-tier talent and technology, building real capabilities that can be evaluated in real operational environments,” said Hicks.

The information gathered by the data teams and collected at the combatant command exercises will enable the department to update network infrastructure, remove policy barriers and ensure the “reliability and effectiveness of our global war-fighting capability,” she noted.

A Secretive Technology Could Be Bad News For Capitol Rioters

The acceleration of AI initiatives is crucial as the U.S. faces increasing threats from global adversaries, most notably, from the People’s Republic of China.

“Beijing talks about using AI for a host of operations and missions, ranging from reconnaissance to targeted strikes,” she said. “The PRC views AI as not just the means to offset conventional U.S. superiority, but as a pathway to surpass the United States militarily — and the [People’s Liberation Army] is making progress.”

But the department is on a clear path toward countering such efforts from China. “We will match resources to strategy, strategy to policies, and policies to the will of the American people,” Hicks said. “AI is one such area where we are moving from the rhetoric of disruption to its implementation.”