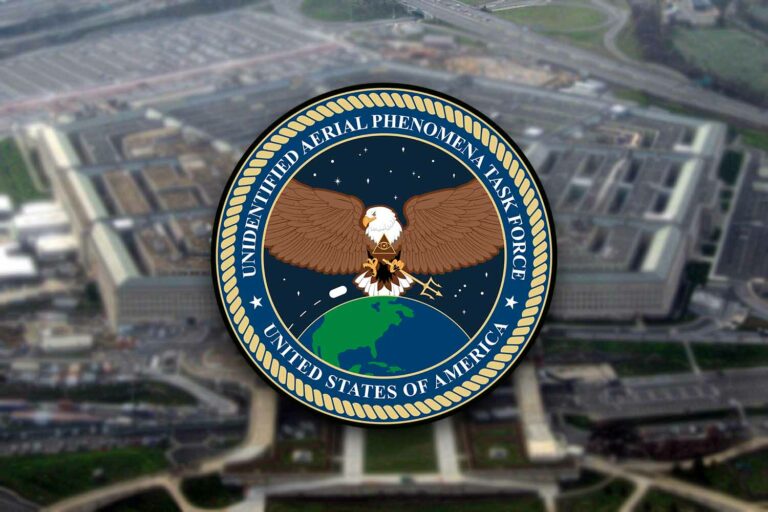 The Office of the Director for National Intelligence has released a highly anticipated report detailing the U.S. government’s assessments of military encounters with unidentified aerial phenomena (UAP).

The nine-page report, titled “Preliminary Assessment: Unidentified Aerial Phenomena,” details the results of an analysis of 144 reports drawn from United States government sources. “Of these, 80 reports involved observation with multiple sensors,” the report states, adding that the majority of the incidents examined “described UAP as objects that interrupted pre-planned training or other military activity.”

According to the report, the UAP Task Force focused primarily on reports from between 2004 and those occurring as recently as this year, of which a majority were “a result of this new tailored process to better capture UAP events through formalized reporting.”

The report states that a majority of incidents that were examined “probably do represent physical objects,” noting that they were detected by multiple sensors that included radar, infrared, electro-optical, weapon seekers, and also visual observations by pilots and other military personnel.

Among the report’s key takeaways had been that multiple types of UAP are likely to exist, each requiring different explanations that take into account the variety of appearances and behaviors they appear to demonstrate. The report also says that UAP “clearly pose a safety of flight issue,” citing 11 incidents where pilots reported near misses with UAP. More broadly, the report states that UAP could also represent a “challenge” to U.S. national security.

The preliminary report also appears to convey that further studies of unidentified aerial phenomena would be beneficial in terms of resolving the many remaining questions about their behavior and possible origins, noting that the UAP Task Force is “conducting further analysis to determine if breakthrough technologies were demonstrated.”

“Consistent consolidation of reports from across the federal government, standardized reporting, increased collection and analysis, and a streamlined process for screening all such reports against a broad range of relevant USG data will allow for a more sophisticated analysis of UAP that is likely to deepen our understanding,” the report states.

Noting cultural stigmas against what in decades past were more commonly called UFOs, the UAP Task Force says that a wide variety of information the reports presented made observation of trends difficult, but that there were nonetheless “some clustering of UAP observations regarding shape, size, and, particularly, propulsion.” The authors also note that a concentration of UAP observations appeared to have been made around U.S. training and testing grounds.

The report places various UAP that it examined into five possible classification groups, comprised of the following:

While technologies developed by an adversary of the United States were not entirely ruled out, the report also suggested that “a non-governmental entity” might be a potential source for some UAP observations. Notably, the report also stated that the UAP Task Force will plan to employ artificial intelligence to aid in building a database of information from both known aerial objects, and those potentially representing UAP.

Leading up to the publication of the report, questions had been raised about whether the U.S. Air Force, which has remained largely absent from the UAP discussion in recent years, would be contributing data.

“Although USAF data collection has been limited historically,” the report states, “the USAF began a six-month pilot program in November 2020 to collect in the most likely areas to encounter UAP and is evaluating how to normalize future collection, reporting, and analysis across the entire Air Force.”

Interestingly, the report also states that the FAA has assisted in collecting data which the UAP Task Force may find useful, noting that the agency “continuously monitors its systems for anomalies, generating additional information that may be of use to the UAPTF.”

“The FAA is able to isolate data of interest to the UAPTF and make it available,” the authors state. “The FAA has a robust and effective outreach program that can help the UAPTF reach members.”

“In line with the provisions of Senate Report 116-233, accompanying the IAA for FY 2021, the UAPTF’s long-term goal is to widen the scope of its work to include additional UAP events documented by a broader swath of USG personnel and technical systems in its analysis,” the authors of the report state.

“As the dataset increases,” they add, “the UAPTF’s ability to employ data analytics to detect trends will also improve.”

The report appeared online at the website of the ODNI shortly after 4:30 PM Eastern Time on Friday.

In December 2017, the New York Times revealed that an obscure program under the Office of the Undersecretary of Defense for Intelligence, the Advanced Aerospace Threat Identification Program (AATIP), had been quietly investigating reports involving unidentified aerial objects for a number of years. Since then the subject–more commonly known as UFOs–have increasingly become a topic of serious attention both in the public sphere, and in government.

In 2020, the Department of Defense officially released three Navy videos that had previously been circulating after they were leaked through unauthorized channels. “After a thorough review, the department has determined that the authorized release of these unclassified videos does not reveal any sensitive capabilities or systems, and does not impinge on any subsequent investigations of military air space incursions by unidentified aerial phenomena,” read a DoD statement accompanying the release.

“The aerial phenomena observed in the videos remain characterized as ‘unidentified’,” the statement added.

Also in 2020, the Pentagon announced it would be backing a UAP Task Force to examine mysterious sightings of unexplained aerial objects by members of the military. “On Aug. 4, 2020, Deputy Secretary of Defense David L. Norquist approved the establishment of an Unidentified Aerial Phenomena (UAP) Task Force (UAPTF),” read a DoD statement which confirmed the task force’s existence. “The Department of the Navy, under the cognizance of the Office of the Under Secretary of Defense for Intelligence and Security, will lead the UAPTF.”

This was followed in late December 2020 by a provision in the FY 2021 Intelligence Authorization Act, where the Senate Select Intelligence Committee requested that the UAP Task Force and Director of National Intelligence’s Office produce an unclassified report detailing the analysis on unidentified aerial phenomena (UAP).

Only days ago, lawmakers on Capitol Hill received a briefing by the Navy and the FBI on details contained within a classified version of the report. Committee Chair Rep. Andre Carson (R-IN.) told Fox News shortly after the briefing that Congressional hearings could follow the report’s release.

“We’re looking forward to having a public hearing at some point,” Carson said, adding that “there’s some national security concerns that we want to take into consideration.”

Following the recent briefing on Capitol Hill, Rep. Sean Patrick Maloney (D-NY) said that he and other lawmakers take the report and its findings seriously, “to the extent that we’re dealing with the safety and security of US military personnel or the national security interests of the United States.”

“So we want to know what we’re dealing with,” Maloney added.

“For years, the men and women we trust to defend our country reported encounters with unidentified aircraft that had superior capabilities, and for years their concerns were often ignored and ridiculed,” Senator Marco Rubio (R-FL) said in a press release at his website coinciding with the release of the report by the ODNI. “This report is an important first step in cataloging these incidents, but it is just a first step.”

“The Defense Department and Intelligence Community have a lot of work to do before we can actually understand whether these aerial threats present a serious national security concern,” Rubio said.

“I was first briefed on these unidentified aerial phenomena nearly three years ago,” said Senate Intel Chair Mark R. Warner in a statement at his website that appeared shortly after the report was published. “Since then, the frequency of these incidents only appears to be increasing.”

“The United States must be able to understand and mitigate threats to our pilots, whether they’re from drones or weather balloons or adversary intelligence capabilities,” Warner added. “Today’s rather inconclusive report only marks the beginning of efforts to understand and illuminate what is causing these risks to aviation in many areas around the country and the world.”

Congressman Adam Schiff (D-CA.), Chairman of the House Intelligence Committee, also weighed in on the report.

“Through the Intelligence Authorization Act, the Congress and the Intelligence Committee required the preparation and release of today’s report, as it has become increasingly clear that unidentified aerial phenomena are not a rare occurrence and our government needs a unified way to gather, analyze, and contextualize these reports,” Schiff’s statement read.

Schiff, who had previously said that he had been surprised by some of the information conveyed during the classified briefing that occurred recently on Capitol Hill, added that such studies should be approached “without preconceptions to encourage a thorough, systematized analysis of the potential national security and flight safety risks posed by unidentified aerial phenomena, whether they are the result of a foreign adversary, atmospheric or other aerial phenomena, space debris, or something else entirely.”

Schiff added that additional classified briefings will be held later in 2021.

“We look forward to reviewing the report and will host a classified briefing for the Members of the House Intelligence Committee later this year based on its findings and to build on the Member briefing held last week,” Schiff wrote.

“As we continue to receive updates, we will share what we can with the American people as excessive secrecy will only spur more speculation.”