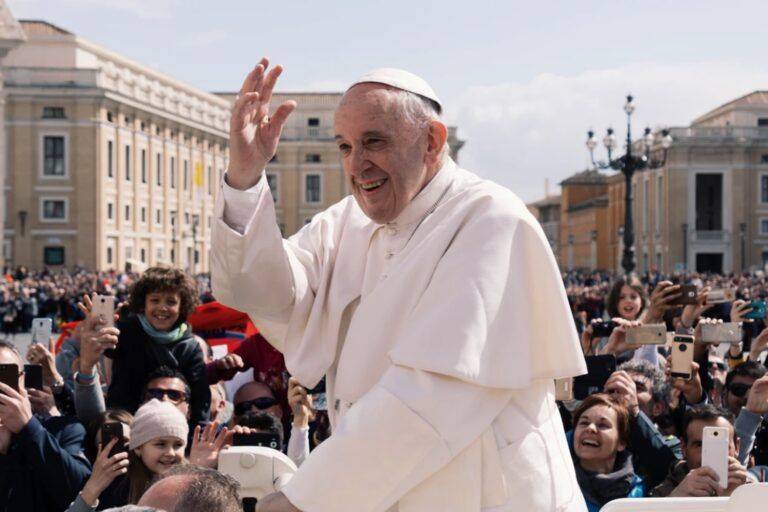 
The pontiff says robotics "can make a better world possible."

Pope Francis recently weighed in on the issue of robotics and artificial intelligence urging for prayers that such technologies will continue to “always serve humankind.”

“Artificial intelligence is at the heart of the epochal change we are experiencing,” the Pope said during his monthly online Prayer Intentions for November. “Robotics can make a better world possible if it is joined to the common good.”

“Indeed, if technological progress increases inequalities, it is not true progress,” he added. “Future advances should be oriented towards respecting the dignity of the person and of Creation.”

“Let us pray that the progress of robotics and artificial intelligence may always serve humankind,” he concluded, adding that “we could say, may it ‘be human.’”

The Pope’s statement underscores the fundamental uncertainty that surrounds projections for robotics and machine learning in the coming years, and the potential that unforeseen consequences might result.

According to the United States Conference of Catholic Bishops, the Pope’s monthly intentions are entrusted to the Worldwide Prayer Network, which is aimed at encouraging the faithful to address such issues when raised by the Holy See.

“This is not the Pope’s first foray into these issues,” noted Jack Clark in his Import AI newsletter “[E]arlier in 2020, the Vatican released the ‘Rome Call for an AI Ethics’, whose signatories include Microsoft and IBM.” According to its website, the event culminated with company representatives in attendance signing a document which outlines ethical approaches toward the development of artificial intelligence, both in the tech industry and in government.

Although potential concerns for such future technologies can never be fully abated, not everyone is as concerned about the threat potential of artificial intelligence.

Samuel Zinner, Ph.D, a historian and scholar of languages whose work includes holocaust and genocide studies, maintains an interest in artificial intelligence and related developments from both an ethical and historical perspective. In his opinion, current trends in AI do not necessarily point to the eventuality of a superintelligence, let alone one that may be harmful to humanity.

“There are fewer and fewer AI experts who believe in that as time passes,” Zinner told The Debrief.

Based on his interactions with colleagues in the field of AI development, there will certainly be advanced machine intelligence, but replicating or exceeding human intelligence could be more difficult.

“What is the computational system for homo sapiens sapiens? The idea that’s what the brain is [may be] outdated,” Zinner argues, adding that “There are no experts in anatomy who believe that.”

Whether or not truly autonomous AI ever comes to fruition, there are still concerns that arise from developments in machine learning. As James Vincent noted at The Verge, “Examples include biased facial recognition systems that lead to false arrests and algorithmically allotted exam results that replicate existing inequalities between students,” adding that “regardless of whether you think prayer is the appropriate course of action, the pope certainly has a point.”

The Pope is also not the first to frame his concerns about AI in terms of spirituality or religion. Elon Musk famously warned an audience at MIT in 2014 that “With artificial intelligence, we are summoning the demon.”

“We should be very careful about artificial intelligence,” Musk said, calling it “our biggest existential threat.”