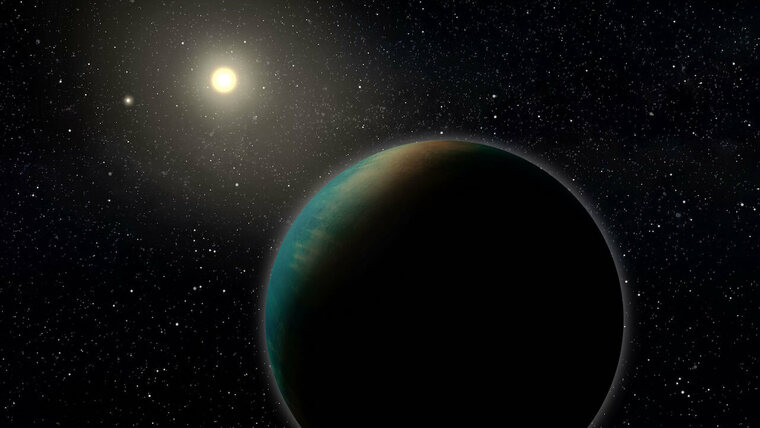 A team of international scientists led by the University of Montreal announced the discovery of a possible alien water world that, in astronomical terms, is relatively close to Earth’s backyard.

According to the team’s study, published in The Astronomical Journal, the exoplanet named TOI-1452 b is roughly 100 light-years away from Earth, orbiting a red-dwarf star in a binary system located in the Draco constellation.

TOI-1452 b is believed to be a “super-Earth,” or a planet that is potentially rocky like Earth. However, the exoplanet is suspected to be roughly 70% larger and approximately five times as massive as Earth.

“TOI-1452 b is one of the best candidates for an ocean planet that we have found to date,” said Charles Cadieux, lead author of the study, a doctoral student at the University of Montreal, in a press release on August 24. “Its radius and mass suggest a much lower density than what one would expect for a planet that is basically made up of metal and rock, like Earth.”

Researchers say, if TOI-1452 b is indeed a water world, it would resemble something vastly different from Earth.

While some might consider Earth primarily a water world, thanks to 70% of its surface being covered by oceans, water makes up less than 1% of Earth’s mass.

As for TOI-1452 b, computer models by the discovery team showed water might account for as much as 30% of its mass, meaning the exoplanet could have exceptionally deep oceans far beyond those on Earth.

The discovery of TOI-1452 b was made by using observations from NASA’s Transiting Exoplanet Survey Satellite (TESS).

Since launching in 2018, TESS has already discovered over 5,800 planet candidates and 234 confirmed exoplanets by detecting faint dips in light caused by an exoplanet orbiting a parent star.

Some of TESS’s more intriguing discoveries have included a “Hell-like” exoplanet covered in molten lava and burning rocks and a scorching alien world that, in the words of NASA, “possibly rains glass -sideways- in its howling winds.”

TOI-1452 b makes a complete orbit of its star every 11 days. However, because its parent star is a red dwarf, smaller and cooler than the Sun, the possible water world receives a similar amount of light from its star as Venus does from the Sun.

Researchers believe that TOI-1452 b lies within a “Goldilocks Zone,” meaning its temperature would neither be too hot nor too cold for liquid water to exist on its surface, despite its close orbit.

Ultimately, what excites researchers about the discovery of TOI-1452 is where the possible water world happens to be located.

The planet’s relatively bright parent star and close distance of 100 light-years should allow Webb to capture a spectrum of starlight shining through its atmosphere to provide more clues about TOI-1452 b’s composition.

“And, in a stroke of good fortune,” the University of Montreal press release states of TOI-1452 b, “it is located in a region of the sky that the telescope can observe year-round.”

“Our observations with the Webb Telescope will be essential to better understanding TOI-1452 b,” said René Doyon, a professor at the University of Montreal and Director of iREx and of the Observatoire du Mont-Mégantic (OMM). “As soon as we can, we will book time on Webb to observe this strange and wonderful world.”