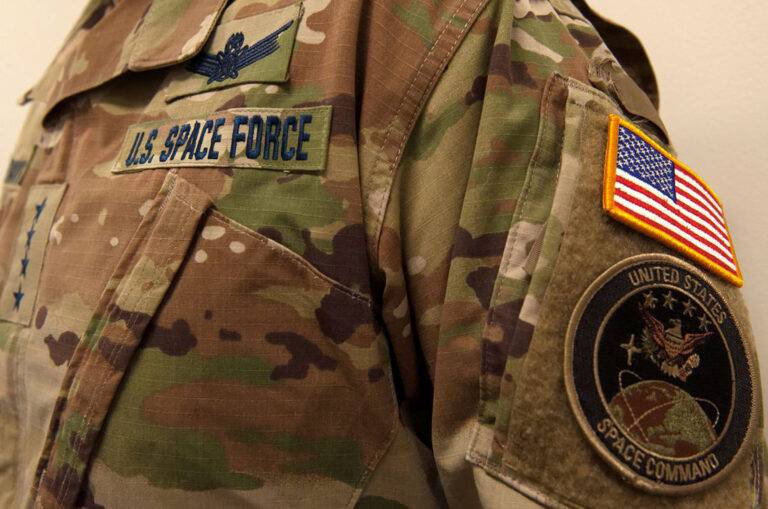 Space Force to Triple in Size by 2021

As the United States Space Force approaches its first anniversary, there are plans for the sixth branch of the military to balloon in size, from just 2,400 active-duty troops to around 6,400 by the end of 2021. While the Space Force is primarily composed of Air Force space-focused personnel, General Jay Raymond—the chief of Space Operations—announced that the new military branch intends to bring on active members from the Navy and Army, according to a report by Stars and Stripes.

President Donald Trump announced in the summer of 2018 that he had directed the Department of Defense (DOD) to prepare for the installment of the sixth branch of the military. The intent was meant to replace the Air Force’s space-focused efforts, thus creating more specialized funding as a result.

Trump’s announcement of the Space Force occurred around the same time he signed Space Policy Directive 3, which “deals with space debris and space traffic control,” adding that the DOD modernize its ability to track objects in space by using “commercial tracking services,” according to Popular Mechanics.

The first iteration of the Space Force was called “Space Corps,” and had been passed by the House of Representatives in 2017 under the National Defense Authorization Act (NDAA). The Act, according to the Senate Armed Services Committee, was estimated to cost a staggering $696 billion. This estimation of funds did not take into account what was needed to get the Space Corps off the ground but rather made room for a new officer to watch over space defense in the Pentagon. The NDAA was eventually shot down in the Senate.

ANALYSIS: Why is the Space Force Essential?

Many have questioned why there is a need for a Space Force when the U.S. Air Force is typically overseeing what takes place outside our atmosphere. There has been no shortage of frustration about the inception of the sixth branch of the military, with Air Force General Robert Kehler (ret.) saying: “When I was head of STRATCOM I thought I was commanding the U.S. space forces.” Kehler conceded to the House Armed Services Committee in 2018 that it was essential for the military to rethink its position in space.

Kehler mentioned that it was pertinent for the U.S. to “gain and maintain superiority” in the skies as a condition for a successful military campaign. One argument in support of the Space Force is that it consolidates a focus on space, which has, historically speaking, been spread across the Air Force, Navy, and Army. Similarly, the Navy has the necessary resources to maximize success at sea. The same resources are reportedly required for a successful military presence in space.

“Just as the inception of the Air Force was put in place after powerful aerial weapons were developed during World War II, the Space Force is essential to carry out space operations that so much of our daily lives depend on, such as GPS satellites and technology required to deliver internet connection,” David Thompson, U.S. Air Force Lieutenant General, said during the Satellite 2020 conference.

The Debrief reported last week that the Trump administration had released a national security policy highlighting “America’s goals in civil exploration, commercial growth and national security in space,” adding that “the new military branch also has the mission of maintaining, protecting, and expanding America’s fleet of advanced space satellites,” noting that these “satellites make up the backbone of U.S. global military operations.”

Though the U.S. Space Force has gotten off to a rocky start—what with the general ridicule and creation of the satirical Netflix original series Space Force—it appears that the sixth branch of the U.S. military will have many more anniversaries to come.