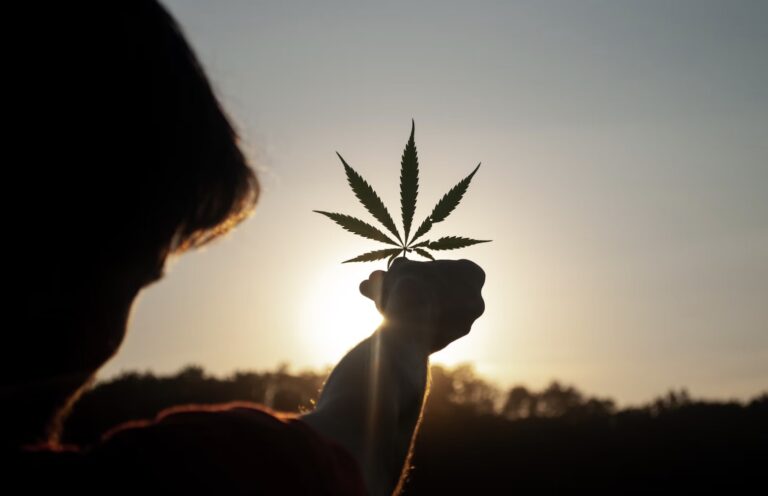 Researchers Bust the Myth That Cannabis Users Are Lazy

Researchers studying the potentially harmful effects of regular cannabis use say they have upended the myth of the lazy stoner, according to a new research study.

The team says its findings indicate that regular users are no more or less motivated than non-users, with the study also finding that regular cannabis users were equally able to enjoy pleasure, and willing to exert effort to achieve pleasure, as non-users.

I Was Gonna Clean My Room, But Then I Got High…

Whether it’s the dude from “The Big Lebowski,” Argyle in “Stranger Things,” or 20th-century comedy stoner icons Cheech and Chong, the media has consistently portrayed regular cannabis users as lazy and unmotivated. In 2001, Musician Afroman released a song titled “Because I Got High,” which chronicles his lack of motivation to complete even the most basic tasks after smoking cannabis.

Curious if this reputation was warranted and determined to focus anti-abuse efforts on actual health risks associated with cannabis use disorder, a group of researchers from Kings College in London and the University of Cambridge conducted a study to see if the reputation is true. Surprisingly, according to their results, the “lazy stoner” is indeed a myth and not representative of the experiences of real-world regular recreational cannabis users.

TESTS REVEAL NO DIFFERENCE IN MOTIVATION AND PLEASURE FOR CANNABIS USERS

To conduct their study, the research team recruited 274 adolescent and adult cannabis users whose consumption averaged four days a week. This group was matched with an equal number of non-users.

Once assembled, both groups were offered questionnaires designed to measure their level of anhedonia, or the inability to enjoy pleasure. These questionnaires also rated each participant’s level of apathy, focusing on their ability to see a task through to completion and their desire to learn new things.

Surprisingly, and contrary to popularly held beliefs, regular cannabis users were no less motivated than non-users. Furthermore, regular users actually scored lower on anhedonia than non-users, indicating that they were (slightly) better at enjoying pleasure than their non-user counterparts.

“We were surprised to see that there was really very little difference between cannabis users and non-users when it came to lack of motivation or lack of enjoyment, even among those who used cannabis every day,” said researcher Martine Skumlien, a Ph.D. candidate in the Department of Psychiatry at the University of Cambridge. “This is contrary to the stereotypical portrayal we see on TV and in movies.”

The research team’s results, published in the International Journal of Psychopharmacology, were significant for adult users but also helped shed some light on concerns about cannabis use in adolescents.

“There’s been a lot of concern that cannabis use in adolescence might lead to worse outcomes than cannabis use during adulthood,” explained Dr. Will Lawn from the Institute of Psychiatry, Psychology, and Neuroscience at King’s College London. “But our study, one of the first to directly compare adolescents and adults who use cannabis, suggests that adolescents are no more vulnerable than adults to the harmful effects of cannabis on motivation, the experience of pleasure, or the brain’s response to reward.”

Hoping to confirm the promising results from the questionnaires with real-world experimentation, over half of the regular users were put through a pair of lab experiments designed to further test motivation and anhedonia.

The first test, designed to measure the willingness to exert physical effort for a reward (i.e., how lazy the participants were), directed participants to push a button to receive chocolates or other sweets. The test progressed through three difficulty levels, with faster button pushes needed to receive the reward at higher levels.

The second test, which focused on anhedonia, asked participants to estimate how much they desired one of three rewards; a 30-second clip of their favorite song, a sweet, or a £1 coin. After receiving each reward, the participants were directed to rate their level of pleasure, from “do not like at all” to “intensely like.”

Once again, the results of these two tests matched the questionnaires, with cannabis users and non-users performing more or less equally. Furthermore, and also matching the questionnaires, no measurable difference was detected between older and adolescent users.

“We’re so used to seeing ‘lazy stoners’ on our screens that we don’t stop to ask whether they’re an accurate representation of cannabis users,” explained Skumlien. “Our work implies that this is in itself a lazy stereotype and that people who use cannabis are no more likely to lack motivation or be lazier than people who don’t.”

This clarification is particularly important, Skumlien added, because medical experts and addiction specialists should be focusing their efforts on the actual harms associated with cannabis use disorder and not on outdated, inaccurate stereotypes.

“Unfair assumptions can be stigmatising and could get in the way of messages around harm reduction,” he said. “We need to be honest and frank about what are and are not the harmful consequences of drug use.”

This latest study builds on previous research performed by the same team.

In that study, cannabis users underwent anhedonia tests while connected to an MRI machine that measured the regions of their brains associated with pleasure. Like this latest study, the results seemingly defied the myth that cannabis use can reduce the pleasures of everyday life.

“They found no relationship between activity in this region and cannabis use,” the press release states, “suggesting that cannabis users had similar reward systems as non-users.”

“It seems cannabis may have no link – or at most only weak associations – with these outcomes (lack of motivation and anhedonia) in general,” explained Dr. Lawn. “However, we need studies that look for these associations over a long period of time to confirm these findings.”

Professor Barbara Sahakian from the Department of Psychiatry at the University of Cambridge echoed these sentiments, noting that more research is still needed to solidify these unexpected results, especially when it comes to adolescent cannabis users.

“Until we have future research studies that follow adolescent users, starting from onset through to young adulthood, and which combine measures of motivation and brain imaging, we cannot determine for certain that regular cannabis use won’t negatively impact motivation and the developing brain.”

“Our evidence indicates that cannabis use does not appear to have an effect on motivation for recreational users,” summarized Sahakian. “The participants in our study included users who took cannabis daily, and they were no more likely to lack motivation. However, we cannot rule out the possibility that greater use, as seen in some people with cannabis use disorder, has an effect.”