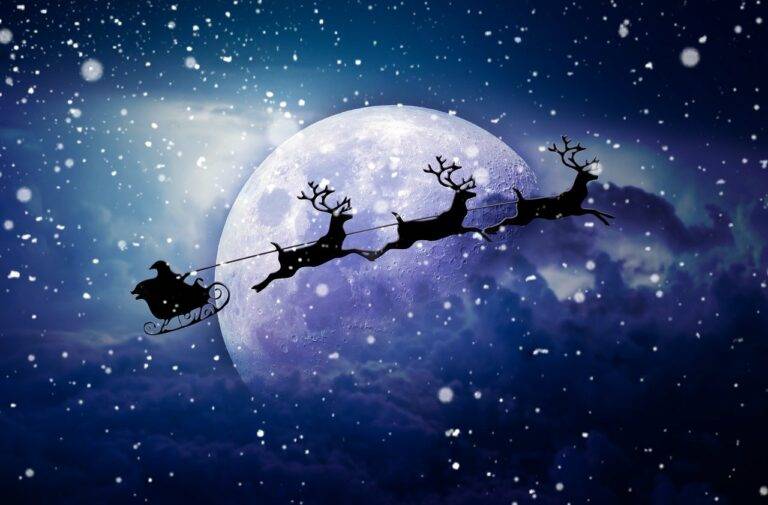 In a first, the Federal Aviation Administration (FAA) says they have approved Santa for spaceflight.

Last week, NASA tipped off Saint Nick would be headed to space when they announced Santa would be performing a ceremonial fly-by of the International Space Station to honor the ISS’s 20th anniversary. Now, in a press release issued Wednesday (Dec. 23), the FAA says Santa and his “StarSleigh-1 space capsule” powered by the “Rudolph Rocket” have been granted a special commercial space license for a crewed mission to space.

“We are pleased to help Santa safely navigate through the National Airspace System to bring his unique and universal brand of goodwill and joy to children and adults of all ages—even to those orbiting the Earth,” said FAA Administrator Steve Dickson.

The news of Santa’s visit to space comes during a historic year for private space flight. In May, SpaceX became the first private company to launch a crewed mission into space, successfully sending NASA astronauts Bob Behnken and Doug Hurley to the ISS aboard the Crew Dragon spacecraft. In November, SpaceX’s Crew-1 successfully ferried four astronauts to the ISS for a six-month sting as part of NASA’s Commercial Crew Program.

In addition to being approved for space travel, in their release, the FAA said they had also issued Santa “special operating authority to engage in interstate air-cargo-delivery services directly to rooftops throughout the United States on Christmas Eve.”

The FAA notes Santa “wholeheartedly agrees” with the administration’s plan to let flights carrying COVID-19 vaccines to take priority over his reindeer powered sleigh this Christmas Eve. Nevertheless, the FAA says Santa will be aided by NextGen satellite navigation, and the Big Guy is “confident he will deliver all his gifts by Christmas morning as he has done for centuries.”

FAA chief Stephen Dickson said, “Let’s face it, 2020 was a difficult year, and we all could use some special holiday cheer that only Santa can deliver.”

You can track Santa as he travels the globe and pays a special visit to the ISS via NORAD’s Santa Tracker.