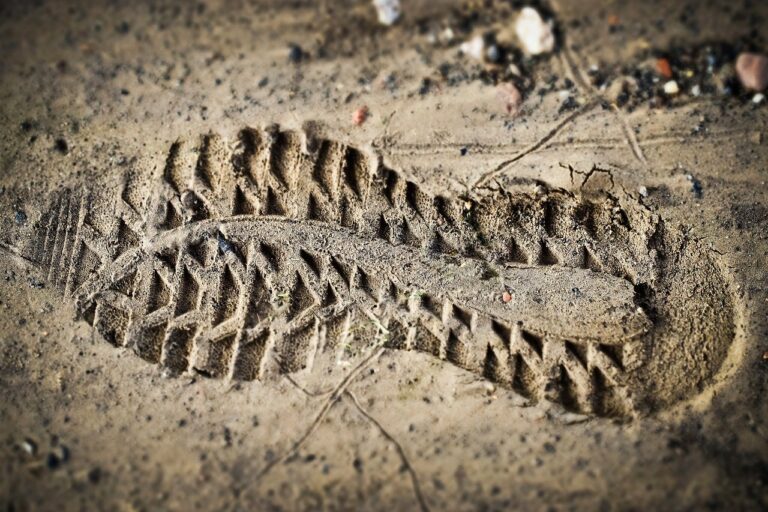 In a study recently published in the Journal of Forensic Sciences, Australian researchers examined several practical ways forensic geology, or the geochemical analysis of soil, dirt, and dust left behind at crime scenes, could be used by police to track down criminals.

The use of natural materials such as soil, minerals, or oils to help solve crimes goes back over a hundred years. Yet, even today, methods for conducting forensic geology tend to be time-consuming, expensive, or unreliable, making the practice rarely used in the majority of criminal investigations.

A team of forensic scientists from Geoscience Australia and the Australian Federal Police examined several geochemical analysis methods against existing geological survey data to see if they could find a more practical way to use forensic geology in everyday criminal investigations.

Ultimately, researchers said by using existing geological data, they found that the origin of a dirt or dust sample could be narrowed down from an initial grid of 162 sq miles to roughly 99 miles.

“Much of forensics is about elimination, so being able to rule out 60 percent of an area is a substantial contribution toward successfully locating a sample,” explained lead study author Dr. Patrice de Caritat during the keynote lecture at the Goldschmidt Geochemistry Conference on July 9.

“You can reduce the time, risk, and investment of the ongoing investigation. The more parameters we look at, the more accurate the system is. We have reached 90 percent detection in some cases, although we think that would involve too many factors for real-world crime detection.”

BACKGROUND: What is the History of Forensic Geology?

The use of forensic geology to help solve crimes is hardly new. In 1891, the Austrian criminologist and “Founding Father” of criminal profiling, Hans Gross, used microscopic analysis of soils from a suspect’s shoes to link him to the scene of a crime.

Notwithstanding this 100-year history, forensic geology has largely failed to gain the same level of popularity or technical prowess as other forensic fields, such as latent fingerprint, DNA, or ballistic analysis.

However, in the early 2000s, forensic geology began to experience a renaissance in the form of “trace evidence” – the analysis of soils, natural or man-made minerals which may be transferred onto a victim or crime scene- and “search evidence” – the application of instruments typically used in geotechnical ground investigations to search for concealed evidence.

In 2013, a team of researchers presented their findings at the  4th International Conference on Criminal and Environmental Soil Forensics, showing how geological forensics had helped provide “significant evidence” in several murder investigations in Australia.

Forensic geological techniques have remained relatively costly and time-consuming in light of the renewed interest, making the practice typically limited to “high-profile” or significant criminal investigations.

ANALYSIS: Can Forensic Geology Be a practical tool for criminal investigations?

Key to the study, instead of gathering soil samples from each grid square themselves, researchers used a 2017 geochemical analysis of topsoil samples as the point of reference variances in soil composition. Conducting a blind experiment, researchers were then given 3 different soil samples and asked to identify from which square they originated.

The combination of using Fourier transform infrared spectroscopy, which provides an infrared spectrum of absorption of hydrated minerals in the soil, and magnetic susceptibility, which reveals the presence of magnetic minerals, demonstrated the highest average rate of precision in determining a blind sample’s origin at 80.7%. X-Ray Fluorescence followed closely behind, showing an average accuracy of 80%.

Across all three blind samples, the combination of all geochemical analysis methods provided an average accuracy rate of 61.3%, allowing researchers to narrow down their search area from 260 to 159 sq km.

“This shows that our systems work and that we have a potential new tool for criminal and intelligence investigations,” said Dr. de Caritat.

OUTCOME: WILL MUDDY FOOTPRINTS BECOME THE NEXT FINGERPRINTS?

The ability to definitively match soil samples has not been a challenge for forensic geology. Outside of criminal investigations, archaeologists have been using geochemical analysis of residues found on recovered artifacts for decades.

Instead, the major challenge in using forensic geology to help locate areas where a criminal has traveled or may reside is the necessity for location samples to compare trace evidence against.

Fingerprints collected at a crime scene can be significant pieces of evidence because recovered latent prints can be compared against a massive database of existing fingerprints already obtained. However, no existing databases of geographical soil compositions are explicitly designed for forensic scientists to quickly compare a sample taken from a crime scene.

This recent study is unique because researchers used an existing geochemical survey as the database to determine a soil sample’s provenance. Ultimately, this open-source and nearly 5-year old data on the makeup of regional topsoil was enough to allow researchers to reduce their search area by 60%.

Researchers acknowledge their study was not designed to address some other concerns with forensic geology, such as the sample size available for analysis in a geochemical survey situation vs. a legitimate crime scene, or “the potential for a questioned soil sample from an urban/suburban environment being impacted by human activity.”

However, the study’s authors say their findings are a significant first step in demonstrating that existing geological data can be practically applied to forensic geology and in helping track down criminals.

“It’s the next stage which is potentially most interesting,” said Dr. de Caritat. “Most developed countries have existing soil databases, used for such things as mineral exploration or land-use decision support. We’re plugging our methods into these databases to see if we can locate samples from the database information, rather than needing to collect samples specifically for each investigation.”