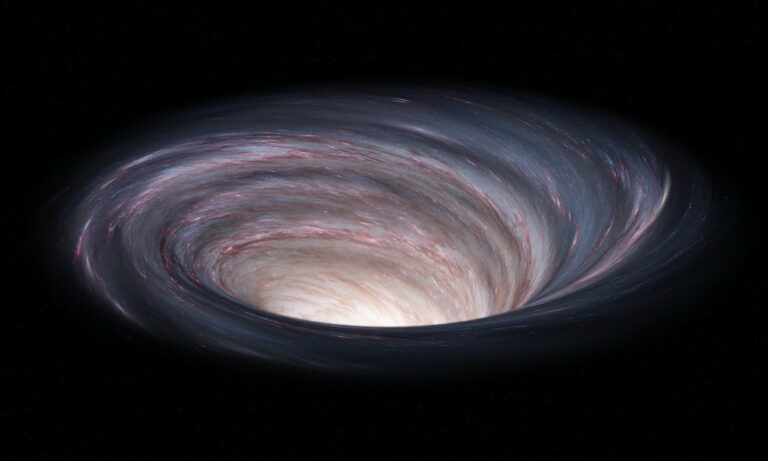 This Surprising Discovery May Hold the Key to Unraveling Wormholes

With confirmation of the existence of gravitational waves, first proposed more than a century ago by Albert Einstein but not confirmed until 2015, physicists were provided confirmation of a major prediction in general relativity theory: that the distance between stars was decreasing precisely the same as Einstein had predicted in 1916.

However, new research has recently revealed how the groundbreaking discovery could also be the key to proving the existence of wormholes.

Background: Wormholes Past and Present

Wormholes are primarily thought of as a byproduct of science fiction; something one would see only in Star Trek or films like Interstellar. However, they could technically exist in accordance with Einstein’s theory of relativity.

If one were to imagine space time as a sheet of paper, with it warping around a ball in the middle of it, you could theoretically jump from one end of the paper to another by folding it on top of one another; this, in essence, would be a simple way to describe the creation of a wormhole.

Black holes were once similarly thought of as an almost fantastical occurrence that could potentially happen as a result of general relativity. While both wormholes and black holes can exist according to general relativity, the laws of quantum mechanics nonetheless pose a few problems for them.

In 2015, gravitational waves–another phenomenon predicted by Einstein’s general relativity–were first detected by scientists. Current theories suggest that the waves were produced through the violence caused by two supermassive black holes colliding and merging with each other. Scientists hypothesize that wormholes would create similar gravitational phenomena, meaning they would be able to detect them from Earth. While the gravitational waves produced by black holes died out extremely quickly, scientists believe that wormholes would produce a unique signature- one where the waves ricochet off of each other and almost “echo”.

After the 2015 discovery of gravitational waves, the existence of wormholes became less science fiction and more of a potentially reality-based phenomenon. The only thing that was missing was concrete proof of their existence, so scientists began looking.

The Laser Interferometer Gravitational-wave Observatory (LIGO), which detected the first gravitational waves, currently does not have the technology to detect the gravitational echo that wormholes would likely produce. Researchers are therefore currently working to improve LIGO’s detection capabilities, and will likely be able to detect the waves within the decade.

In addition to LIGO is the Laser Interferometer Space Antenna (LISA), which is a space probe proposed by the European Space Agency and NASA designed to detect gravitational waves from beyond our atmosphere. It doesn’t shorten the current timeframe, however, as its planned launch date comes at 2034.

Some researchers believe that the gravitational echoes, or “ringdowns”, may not be the only way of proving the existence of wormholes. The answer may instead lie within black holes themselves. The most accepted theory of what lies at the deepest point of a black hole is the singularity, an infinitesimally small and dense point at which there is no other place for information to travel.

However, the existence of the singularity collides with the theory of relativity, and its math begins to fall apart around it. Alternative theories of space time, when applied to black holes, transform perceptions on the space object entirely, suggesting that wormholes and black holes are one and the same. The singularity would not exist, instead entering a black hole would have one exit into some other point in the universe, rather than be shredded to subatomic bits. In the future, after a significant amount of data on various gravitational wave occurrences has been collected, it may be possible to determine this outcome through analyzing how general relativity breaks down within the results.

Outlook: The Long Road Ahead in the Search for Wormholes

The search for wormholes is not a short term mission. While gravitational waves were first detected in 2015, LIGO has been attempting to do so now for more than a decade. Now that their instruments have vastly improved, gravitational waves–once believed to be an incredibly rare phenomenon– are being detected almost weekly.

Both LIGO and LISA will likely not be able to detect the special gravitational echos that wormholes hypothetically would produce until at least the next decade, and even then the technology may still not be precise enough to do so. However, if history is anything to go by, then the outlook is bright.

Einstein’s theory of relativity was world shattering (almost literally) for its time, and it saw repeated further confirmations throughout last century. Although no such theory may be 100% accurate, the more extreme and fantastical aspects of relativity have gradually proven over time to be scientific fact, rather than mere theory.

When it comes to whether wormholes exist or not, it may be only a matter of time–within most of our lifetimes, in fact–that technology catches up to the point where we will be able to confirm yet another exciting and mysterious aspect of our universe.