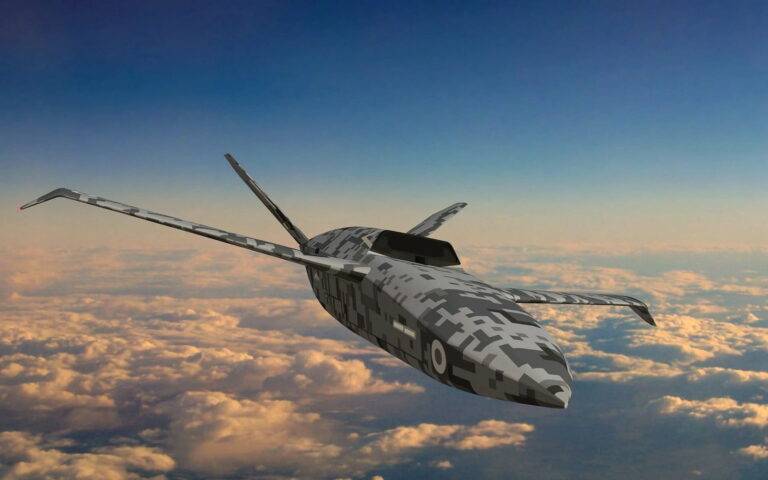 In a bid to deliver cutting-edge aviation technology to the Royal Air Force, the United Kingdom’s Ministry of Defence (MoD) has announced the signing of a $41M (£30M) contract with Kansas-based aerospace manufacturer Spirit AeroSystems to lead a team tasked with developing the prototype of the UK’s first crewless fighter aircraft. Spirit AeroSystems, which took over Bombardier’s Northern Ireland operations in October 2010, will head up a development group known as “Team Mosquito” at their Belfast facility to create the prototype unmanned jet. Bombardier was one of three bidders selected in July 2019 to build and fly a prototype demonstrator aircraft to prove the concept.

Air Chief Marshal Mike Wigston, Chief of the Air Staff, summed up the potential gains offered by the project. “We’re taking a revolutionary approach, looking at a game-changing mix of swarming drones and uncrewed fighter aircraft like Mosquito, alongside piloted fighters like Tempest, that will transform the combat battlespace in a way not seen since the advent of the jet age.”

Officially designated the Lightweight Affordable Novel Combat Aircraft (LANCA), but possibly better known as the “Loyal Wingman” concept, it originated in 2015 within the UK MoD’s Defence Science and Technology Initiative as an RAF Rapid Capabilities Office (RCO) project, part of the Future Combat Air System Technology Initiative (DSTL) program. DSTL will provide project management for LANCA and is the MoD’s technical authority for the project, operating on behalf of the RCO.

The pilotless jet is designed to operate at high speed alongside existing and future RAF combat aircraft. The autonomous aircraft is armed with missiles, electronic warfare software, and surveillance systems. LANCA will also be developed with both flexibility and ease of upgrade in mind, ensuring its survivability and relevance in the face of constantly-evolving threats from potential adversaries. Heavy use of artificial intelligence is expected so that the platform will be able to “decide for itself” regarding specific actions in a combat environment and potentially fly missions autonomously if required.

The project will use a mixture of the latest software development techniques and expertise from civilian aerospace and manufacturing companies to place a fully-tested, combat-ready platform into service, utilizing dramatic reductions in cost and development timeframes. These objectives include producing a LANCA platform for a tenth of the cost of a new-generation fighter such as Tempest, and in a fifth of the time.

The initial Spirit AeroSystems prototype is expected to be called “Mosquito,” reusing the name of the successful World War II twin-engined British fighter-bomber, itself an extremely capable and flexible aircraft. If development trials are carried out successfully and on track, Mosquitoes will fly alongside the RAF’s new-generation Tempest fighter, slated to enter service in 2035. If successful, it may be used to make up a whole fleet of combat-capable pilotless aircraft designed to survive in hostile environments. Live trials involving other “swarming drones” were conducted in July 2020.

Outline requirements issued for the bidding process included a transonic design that had to be capable of operating as part of a combat mix with other crewed and unmanned aircraft.

A full-scale prototype of the Mosquito is expected to be constructed and ready for the initial stage of its flight-test program by the end of 2023. The prototype will be a technology demonstrator, which will generate the necessary data to facilitate a follow-on LANCA program. If testing is successful, production examples could be in operational service with the RAF as early as the end of this decade, deploying in concert with Typhoon and F-35B Lightning fighters.

Defence Minister Jeremy Quin said of the contract: “The £30 million project will accelerate the development of the UK’s future air power by delivering cutting-edge uncrewed aircraft, maintaining our position as a world leader in emerging technologies.”

OUTLOOK: Crewless Support Aircraft Will Be the Future

The UK is not alone in wishing to develop such a capability. The United States Air Force Research Laboratory is currently flight-testing the Kratos XQ-58A Valkyrie crewless stealthy combat vehicle as part of their Low Cost Attritable Aircraft Technology portfolio. At the same time, Australia unveiled its own Airpower Teaming System design in February 2019. The Russians are also developing their own “loyal wingman” with the Sukhoi T-70 Okhotnik low-observable crewless fighter, which is expected to operate in partnership with the Su-57 piloted jet.