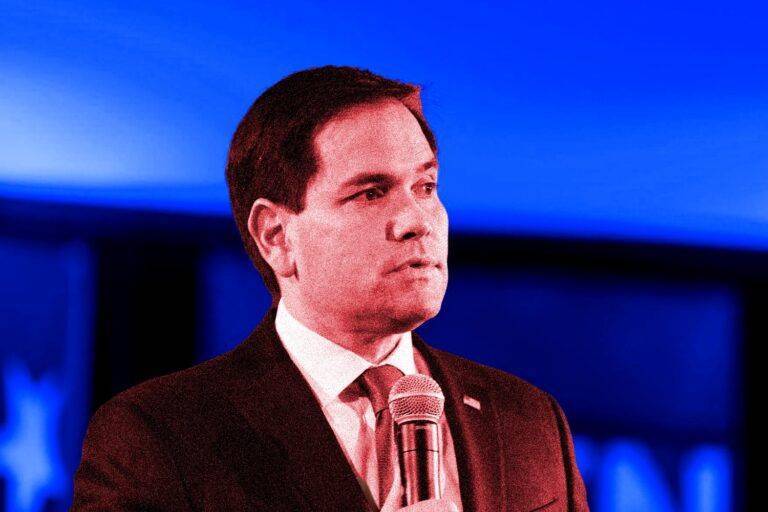 
The Senate Intelligence Committee has requested a report... but will we get one?

A few weeks ago, the debate over unidentified aerial phenomena gained momentum following the revelation of the existence of a “UAP Task Force,” as described in a Senate Intelligence Committee report that appeared online. It outlined an effort spearheaded by Florida Senator Marco Rubio, wherein the Committee has requested that this task force conduct a comprehensive review of UFO-related material from several branches of government, after which an unclassified report will be produced and, presumably, made available to the public.

It was only the latest in a now long string of similar developments that have been taking place since the end of 2017, following the disclosure of a Pentagon program that studied UAP, and the unauthorized release of three videos purporting to show unidentified aerial objects with novel technological capabilities operating in controlled airspace.

During a recent interview with Jim DeFede of CBS4 News in Miami, Senator Rubio spoke publicly for the first time about the Senate Intelligence Committee’s report. Although there was no particularly new or significant information disclosed during the exchange, it provided some unique insights into Rubio’s own thoughts on the UAP subject, as well as the length and scope of that interest in an official government capacity.

According to Rubio, “the interesting thing for me about [UAP] and the reason why I think it’s an important topic [is] we have things flying over our military bases and places where we’re conducting military exercises, and we don’t know what it is, and it isn’t ours. So, that’s a legitimate question to ask.”

The Truth Is Out There.
And @marcorubio wants the answer.
As acting chair of the Senate Intelligence Committee, Rubio is pushing to have the military prepare a public report on “Unidentified Aerial Phenomenon” – better known to the rest of us as UFOs.
cc @CBSMiami pic.twitter.com/KctTUt6STa

The Senator, when asked about the prospect that these unidentified craft might have exotic origins, told DeFede that this would be preferable in his view to other alternatives: namely involving technological advances by other world superpowers.

“I would say that, frankly, that if it’s something outside this planet, that might actually be better than the fact that we’ve seen some technological leap on behalf of the Chinese or the Russians or some other adversary that allows them to conduct this sort of activity.”

“But the bottom line is, if there are things flying over your military bases and you don’t know what they are because they’re not yours, and they exhibit, potentially, technologies that you don’t have at your own disposal, that to me is a national security risk and one that we should be looking into.”

Rubio’s responses to DeFede’s questions were measured and, frankly, respectable (and this, despite DeFede’s unimaginative phrasing of questions like “Are we alone?” and “What’s your gut?”). However, there were some other interesting takeaways from the exchange.

At one point, Rubio notes that he has “seen reports on this now for the better part of a decade,” and that “other countries have had similar reports.” Obviously, Rubio seems to indicate having been aware of intelligence gathered on the UAP issue for a number of years. This aligns more or less with our present knowledge of the Pentagon’s AATIP program and its predecessor, AAWSAP, which throughout much of the last decade were looking not only at UAP, but also unexplained happenings at Utah’s infamous Skinwalker Ranch, a property which had for years been owned by businessman and space mogul Robert Bigelow

Bigelow has remained an intriguing figure in the study of UAP for many years. Following an encounter decades ago where a pair of family members observed an unidentified flying object, Bigelow has put his wealth behind the study of UFOs, which took the form of a civilian science organization called the National Institute of Discovery Sciences in the 1990s. The now-defunct scientific investigative group carried out studies that were similar, in likelihood, to what government programs like AATIP have undertaken more recently; in fact, it was Bigelow who had been instrumental in securing the earmarks necessary for funding the Pentagon’s own venture in UAP studies.

Despite many years of studies—official ones, and those occurring in the civilian sector—one thing remains evident: we don’t appear any closer to having a full understanding of what the origins of various UAP are, or what the technologies behind these reports may represent. This was affirmed by Rubio during his exchange with DeFede, who expressed his desire to see a better understanding of the phenomenon.

“Our perspective is there is someone flying in the airspace that no one else is allowed to fly in, and we don’t know who it is, and it isn’t something we have. We need to know what that is,” Rubio said.

“I mean, in my mind, I don’t understand why we wouldn’t want to know what it is,” he added. “Maybe there’s a completely sort of boring explanation for it, but we need to find out. And so, that’s really what we’re asking about, and we’re asking to make public as much as possible that information. None of it fits into the mold of classified, per se.”

It remains to be seen whether any report will be produced by the mysterious “UAP Task Force,” as proposed in the Senate Intelligence Committee’s report (and beyond that, how much of the report might thereafter be made available to the general public is anybody’s guess). However, Rubio’s cautious responses were admirable, and displayed a level of comprehension in discussing the nuances of the UAP issue shown by few elected officials who have addressed it publicly in the past. Although his discussion of the subject lacked any particularly meaningful insights and was certainly void of any revelations pertaining to such things as “disclosure,” approaching the problem from a clear-minded, rational stance is preferable, as opposed to coming at a little-understood topic with obvious preconceptions.

Simply put, we don’t know the nature or the origins of the unidentified aerial objects being studied by our military, and Senator Rubio seems to accept this as among the only reliable facts about the phenomenon.

“It’s unexplained,” Rubio said. “I just want to know what it is, and if we can’t determine what it is, then that’s a fact point that we need to take into account. I wouldn’t venture to speculate beyond that.”