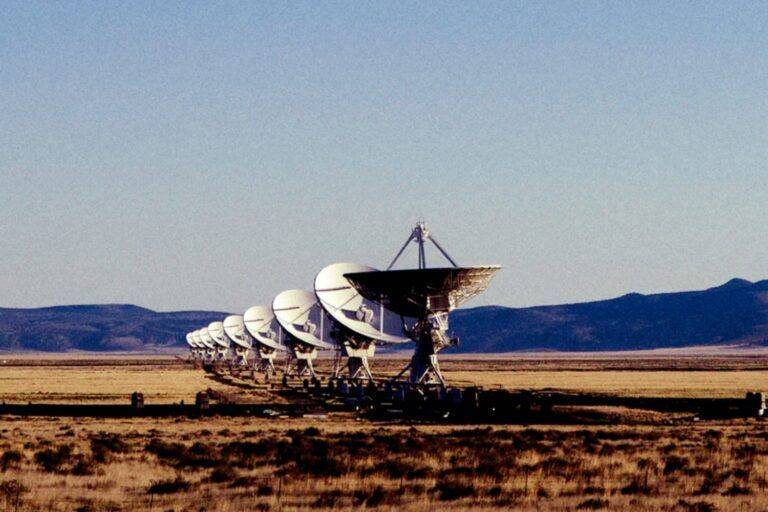 Extraterrestrial Intelligence Might Exist Throughout Our Galaxy, New Research Says


A new study raises the chances that extraterrestrial intelligence might exist, whether or not we can find them.

Are we alone in the universe? The answer to this perennial question may really depend on how one chooses to define “alone.”

To put it another way, if you were to live alone in a forest, the fact that animals populate the land around you would be a different kind of company from having a neighbor nearby in cabin like your own, with whom you could talk and interact.

With little doubt, the discovery of any life forms in our galaxy would be of great interest to science. However, those which possess intelligence and technologies comparable to ours may not only be easier to detect, but might also be capable of communication and interaction with us.

But how likely are there to be other intelligent communicating civilizations in our galaxy?

A recent study by researchers at the University of Nottingham applied new approaches toward answering this question. The study relied on the premise that for intelligent life like us to exist, it would therefore likely have formed in ways similar to life on Earth. The result, according to the researchers, is that more than 30 intelligent civilizations capable of communication should exist somewhere in our galaxy.

In decades past, the approach used to calculate the existence and proliferation of extraterrestrial intelligence has relied on a number of factors, few of which agree with one another. The new study attempted to resolve this by using a less complicated model: for communicating intelligent life to exist elsewhere, it would require roughly the same amount of time for it to evolve that it took us here on Earth.

“There should be at least a few dozen active civilizations in our Galaxy,” said Christopher Conselice, Professor of Astrophysics at the University of Nottingham, lead researcher in the recent study. Speaking with Eureka Alert in June, Conselice added that this premise works “under the assumption that it takes 5 billion years for intelligent life to form on other planets, as on Earth.”

Of course, a number of factors could account for variances in the amount of time required for extraterrestrial intelligence to evolve on habitable planets. Using Earth again as a model, we have variables that include massive die-offs that occur over time. The greatest in our planet’s history was the Permian–Triassic extinction event, a mass extinction also known as the “great dying” on account of the number of life forms that were affected. Fossil evidence from around 252 million years ago when the event occurred, marking the end of the Permian geological era, indicates that the level of devastation that befell life on Earth was even greater than the mass die offs that occurred 65 million years ago that led to the extinction of the dinosaurs.

Taking into account that similar calamities might occur throughout time on another planet capable of hosting life for extended periods, the calculated time required for a communicating civilization to come into existence holds true. After around 5 billion years, planets meeting such “strong” criteria as having a nearby metallic richness equal to our sun should number around three dozen, according to Conselice and his team.

The number of likely civilizations is also contingent on how long they are engaged in communication; the recent study assumed that such civilizations would develop the technologies required for communication, and last at least as long as our own has managed to do (around a century, in other words). The result is that around 36 civilizations should exist, which are currently capable of technologies similar to our own.

If extraterrestrial intelligence capable of communication could exist throughout our galaxy, then what might account for the fact that we haven’t managed to find them? The recent study also placed the calculated number of intelligent civilizations at an average distance of 17,000 light-years from one another. At this range, it would be nearly impossible for us to detect such civilizations using our current levels of technology. Assuming that our galactic neighbors are at a level somewhere near our own, they would likely have equal difficulty spotting us.

Conselice says the recent study provides “clues for how long our own civilization will last,” and that if intelligent civilizations capable of communication are indeed a frequent development throughout our galaxy, it may suggest “that our civilization could exist for much longer than a few hundred years,” and that through the search for life like us “we are discovering our own future and fate.”

The new research was published in The Astrophysical Journal.