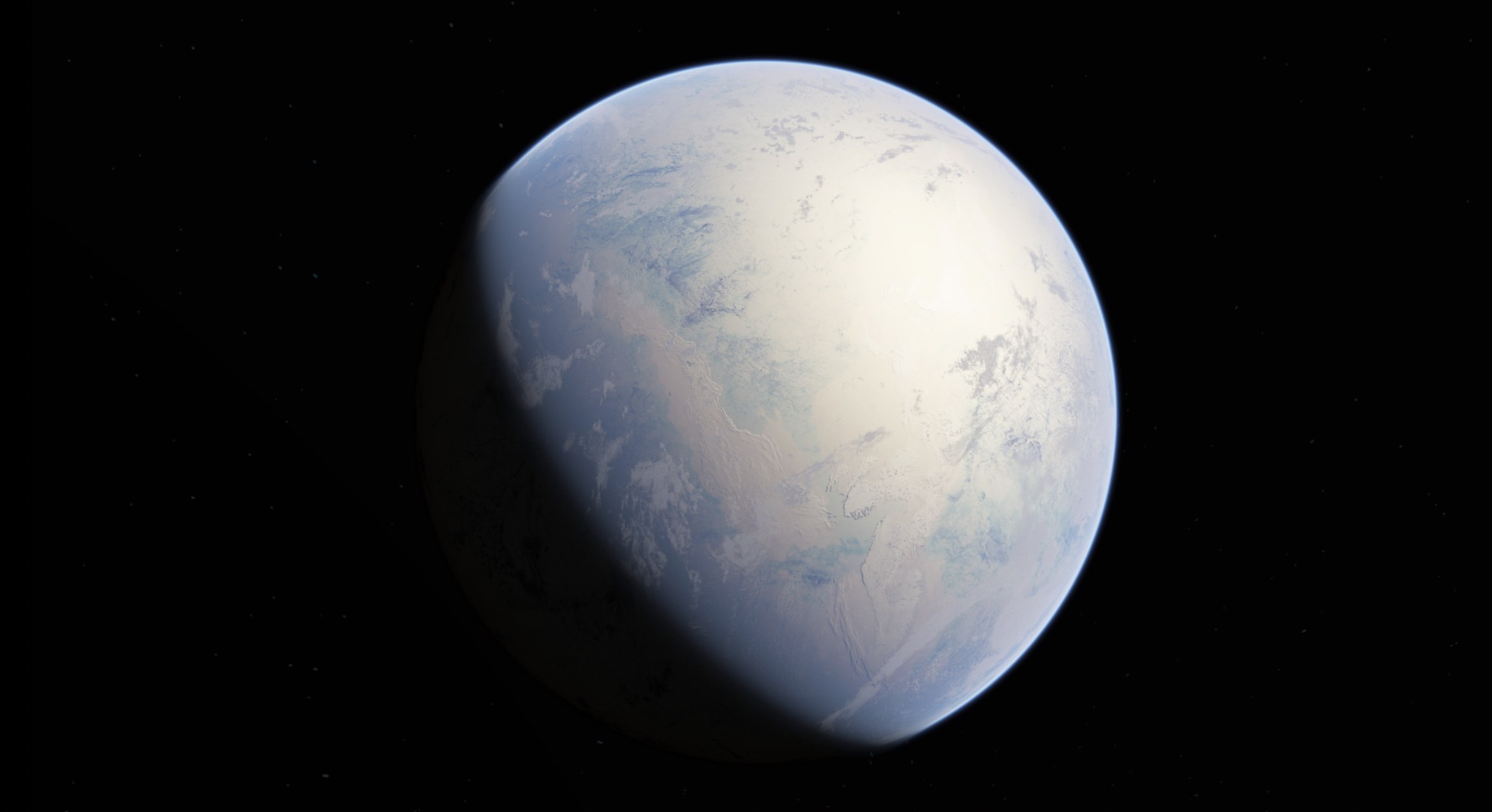 Snowball Earth: Was the Surface of Our Planet Ever Completely Frozen?

The standard solar model implies that the newly born Sun, 4.6 billion years ago, was a third fainter than it is today. Four billion years ago, the Sun was shining at three-quarters of its present-day luminosity. If Earth trapped the same fraction of sunlight 4 billion years ago as it does today, then its surface temperature would have been 20 degrees Kelvin colder.

The impact of reduced Solar irradiation on the Earth’s climate must have been larger though, as a result of the higher reflectivity of ice, further enhancing the cooling that occurred. Climate models show that this feedback results in runaway glaciation and completely ice-covered oceans, a state called “Snowball Earth”. The oceans would not have been frozen solid down to the ocean floor because of the flow of geothermal heat from the Earth’s interior.

Despite these expectations, there is ample evidence for the presence of liquid oceans on the surface of the young Earth, 2.5-4 billion years ago.

Tentative evidence for liquid water is derived from zircon crystals preserved in young rocks. In addition, geological evidence for liquid surface water is based on sedimentary rock laid down in a variety of liquid-water conditions up to 3.5-3.8 billion years ago. There is no evidence for widespread glaciations at that time. Additional signs of liquid water include pillow lavas which are formed when lava extrudes under water, ripple marks resulting from sediment deposition under the influence of waves, and mud cracks.

Moreover, there is evidence for microbial life derived from microfossils or microbial mats in rocks of ages between 2.5-3.5 billion years. The early appearance of photosynthetic cyanobacteria and stromatolites confirms that early Earth was not totally covered by ice.

Why was the surface of early Earth not fully frozen?

The simplest explanation is that Earth may have been warmed by an atmospheric blanket of greenhouse gases, such as carbon dioxide and methane, along with nitrogen and hydrogen. The warming could have been provided entirely by a higher carbon dioxide concentration, which is predicted to result from the geochemical cycle that transformed carbonate rocks back into silicate rocks through volcanic activity. Additionally, the faster rotation of the early Earth may have changed how the oceans circulated–and thus how they trapped heat.

Was Earth’s surface ever totally frozen throughout its history?

Although these Snowball Earth episodes are neither well-understood nor universally accepted, the textbook titled “Life in the Cosmos” that I co-authored with my former postdoc, Manasvi Lingam, suggests that they could have been important for the eventual development of animals for multiple reasons.

The end of the Sturtian and Marinoan glaciations was accompanied by high weathering rates linked to melting glaciers, which led to an increased flux of nutrients such as phosphate into the oceans, enabling the rise of algae in the oceans. In turn, the algae could have served as an excellent source of food for animals, thus facilitating their diversification. This expectation is validated by analyses of sedimentary rocks that indicate an increase in phosphate availability during this period.

This could explain why the Snowball-Earth episodes occurred just before the sudden rise in diversity of multicellular life forms known as the Cambrian explosion. The most recent snowball episode may have triggered the evolution of multicellularity.

The history of Earth leads to the sober realization that habitability, just like the value of real estate, is not just a matter of location. It is also a matter of timing. We are lucky to live at the right place at the right time.

But everything keeps changing. In particular, the Solar luminosity keeps rising up. In a billion years, the Sun is expectedto boil off all the oceans on Earth, as a result of the greenhouse effect. We better find another home by then, potentially an artificial space station with a tunable distance from the Sun. The advance warning could help us plan the exodus over the remaining billion years of terrestrial life.

If we care to check what other civilizations have done under similar circumstances, we might learn how to mitigate the inevitable astrophysical catastrophe that awaits us. By searching for technological relics of other civilizations, the Galileo Project could reveal what others did when conditions deteriorated as a result of the inevitable evolution of their host star.