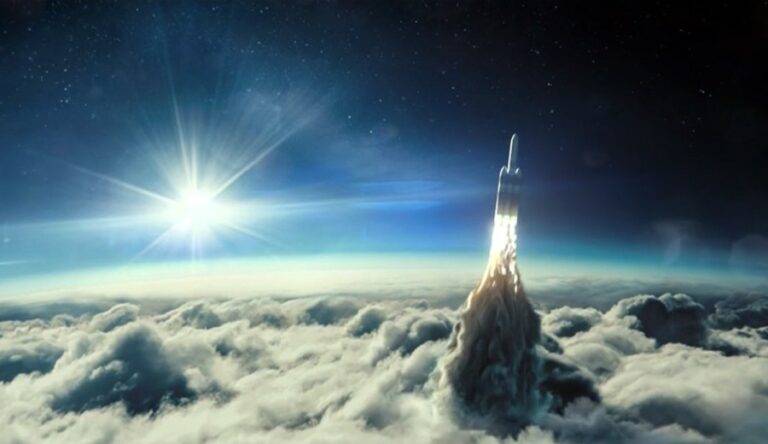 That’s not to say it has been an entirely smooth road since last year, when Congress formally mandated that U.S. Space Command would become an all new, independent military branch under the Department of the Air Force.

Almost immediately after the announcment of its formation, memes began appearing online comparing the newly-designated military branch to the 1997 film Starship Troopers. This was followed by criticism once the DoD announced that the Space Force’s uniforms would employ the same camouflage pattern the Army and Air Force use, as opposed to some of the more exotic ideas proposed by the public.

Similar controversy ensued earlier this year when it was revealed that streaming service Netflix had successfully secured the trademark for the name “Space Force” before the U.S. Government. Also, at the time that its official seal was revealed, many drew attention to the fact that the branch’s new insignia closely resembled one employed by the fictional Starfleet Command depicted in Star Trek. However, the Air Force Space Command had actually begun using the delta logo years before the fictional Star Fleet began going where no man has gone before.

These hiccups aside, with SETI betting we’ll find aliens by 2036 and SpaceX’s Elon Musk saying he’ll have humans on Mars by 2026, it’s clear space is going to have a significant influence on humanity’s near future (and that’s not even counting those mysterious flying objects the DoD is now admittedly investigating). As such, the Space Force’s future role in protecting U.S interests will no doubt be significant, in what is rapidly becoming the next major contested domain.

The Internet’s Future Is The Metaverse, And Facebook Is Diving In Headfirst

The new military branch also has the mission of maintaining, protecting, and expanding America’s fleet of advanced space satellites. These satellites make up the backbone of U.S. global military operations and largely account for a number of modern comforts that most are unaware of or take for granted.

While there’s still no occupational specialty for “Starship Infantrymen,” after watching the recently released “Origins” video linked below, we’ve got to admit: America’s cosmic defense force is starting to look a little more badass.

You can also check out Air Force Space Command’s montage below, and learn more about some of the United States military’s missions in space: