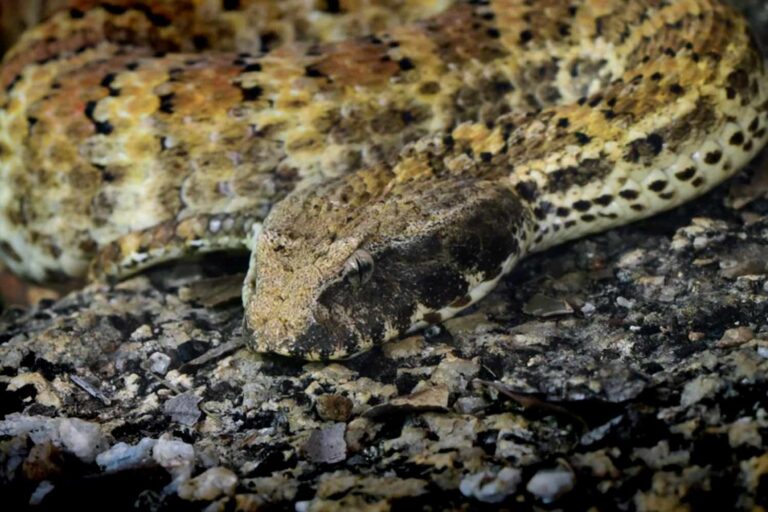 Study Finds Surprising Connections Between Snake Venom and Our Saliva

Most of us are familiar with the meaning behind calling someone “toxic,” although at some point in the future this could take on an entirely different, and perhaps very literal meaning, according to new research published in the Proceedings of the National Academy of Sciences.

According to the study, many different animals—and even humans—have the same genetic basis for the development of a venomous bite like certain varieties of snakes and other poisonous creatures.

The research, conducted by researchers with Japan’s Okinawa Institute of Science and Technology, focused on tissue which plays a role in the production of venom in certain varieties of East Asian pit vipers. Researchers Agneesh Barua and Alexander S. Mikheyev found in their study that toxins produced in snake venom tend to evolve very quickly, which makes it difficult to compare them to how they might have appeared in the ancient ancestors of modern venomous snakes. In order to overcome this, the researchers focused instead on the actual genes that govern the formation of such toxins.

“Although oral venom systems are ecologically important characters, how they originated is still unclear,” the study’s authors write. However, the new research managed to reveal some clues, as well as a few surprises. In likelihood, the researchers think that oral venom systems found in creatures like poisonous snakes likely stem from a genetic regulatory system goverened by more than 3000 different genes which they call the “metavenom network.”

To their surprise, the researchers found that this metavenom network, present in the venom glands of snakes, can also be observed in the salivary glands of mammals.

“This suggests that while these tissues have evolved different functions, they share a common regulatory core, that persisted since their common ancestor,” Barua and Mikheyev write.

“These similarities suggest repeated cooption of shared molecular machinery for the evolution of oral venom in mammals and reptiles, blurring the line between truly venomous animals and their ancestors,” the researchers say. However, if the essentials of this “metavenom network” persist today in mammals that share common ancestry with varieties of venomous reptiles, does that mean that certain mammals, or even humans, could eventually evolve to have similar venomous capabilities?

Although it would likely take a very, very long time, it isn’t entirely impossible. Barua and Mikheyev argue that venom, having essentially been a product of the salivary biology that appears in earlier organisms, can evolve in a couple of ways. One involves exaptation of existing components—that is, when the function of a trait an animal already possesses changes during evolution. Given such a scenario, a biological trait which evolved to serve one function can begin to serve another.

Another way venom can evolve in organisms involves the addition of entirely new genes. According to the recent study, Barua and Mikheyev believe that both modes of evolution played a role in the evolution of snake venom.

“Furthermore,” the authors say, “the architecture of the ancestral salivary [gene regulatory network] and comparisons to other venoms, such as those of solenodon and shrews, suggests a general model by which venoms have evolved across a range of taxa.”

The recent study by coauthors Agneesh Barua and Alexander S. Mikheyev, titled “An ancient, conserved gene regulatory network led to the rise of oral venom systems,” was published in the April 6, 2021 edition of Proceedings of the National Academy of Sciences.