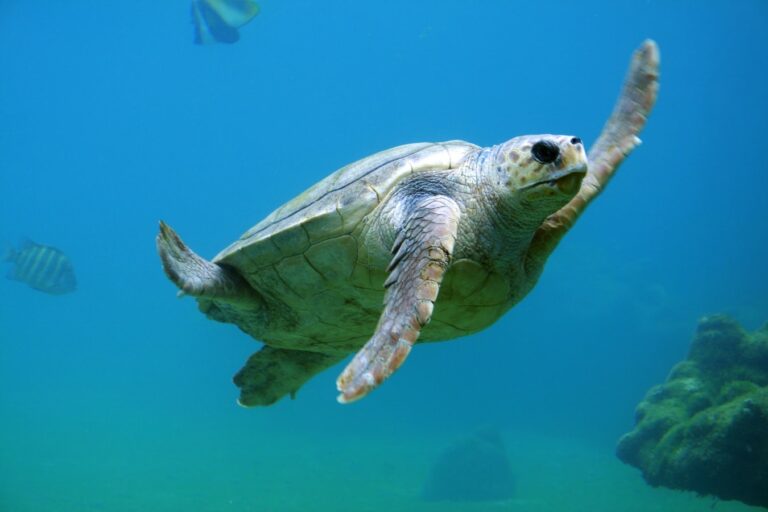 Among the many geometric forms that appear in nature, circles are among the most abundant that attract the human eye. From the ripples that spread across ponds, to the shape of planets and our own lunar disk that illuminates the night sky, humans have long been attracted to the spherical shape, despite the fact that “true” perfect circles are absent in nature.

It may be due in part to their rarity that we have been so captivated by the circular form, and hence why scientists pay attention when they take shape in natural settings. Such had been the case in one recent study, where a team of researchers employing the technology of biologging—the precise tracking of animal movements in three dimensions—discovered that several different kinds of marine animals all swim in patterns involving strange circles, which are not presently well understood.

The researchers involved in the research, which was published recently in iScience, found that several different aquatic species, especially larger marine animals that included sharks and whales, all followed similar circling patterns that involved consistent speeds, which the researchers observed the animals doing more than twice.

Tomoko Narazaki of the University of Tokyo, who led the study, says he and his team initially noticed the odd circles made by green turtles which had been relocated during their nesting period. At that time, the researchers were using biologging to study the navigational abilities of the marine reptiles, who are able to orient themselves with the help of Earth’s magnetic field across what are often distant transoceanic migrations.

Narazaki compared the odd circling behavior the reptiles displayed to being machine-like in its precision, which was so consistent that he initially doubted his observations until he reported it to colleagues, who had been employing similar biologging technologies with various other kinds of marine animals. However, when they began to compare the data sets across a range of different species, what the researchers found was surprising: virtually all of them followed these repeating circular movements.

One aspect of the discovery that makes it so baffling to the researchers has to do with efficiency. The simplest and most direct path between two points is a straight line, and contrary to what the researchers would have intuitively guessed, many marine animals they observed appeared to favor the long circular movements instead.

Among the reasons Narazaki and his colleagues have guessed that the animals might perform such wide circling movements are the ways it might aid them in finding food. However, some species that were observed over the course of the study appeared to follow such movements even during periods that did not coincide with their primary feeding times. Fur seals, for instance, were found to circle mostly in daylight hours, despite the fact that their prime feeding hours occur at night.

Biologging observations with other varieties of marine turtles suggested that another reason for the circling behavior could have to do with their navigational abilities. According to Narazaki, sea turtles appeared to engage in the unusual circular movements at what he and his team interpreted to be locations of significance to the creature’s navigation, particularly near the end of their oceanic journeys.

Narazaki and his colleagues no wonder if the circular movements might actually aid marine animals in detecting the Earth’s magnetic field, much the same as submarine vessels circle when conducting observations of the Earth’s geomagnetic properties.

“Simultaneous analysis of high-resolution 3D movements and animal-borne video recordings would be useful to examine circling movements in the context of social interactions and/or prey capture,” the team writes.

Although such ideas are provisional, Narazaki and his team hope that future biologging studies may help to shed light on whether the circular movements of marine animals could be related to such factors, as well as their geomagnetic navigational abilities.

And subscribe to The Debrief YouTube Channel to check out all of The Debrief’s exciting original shows: