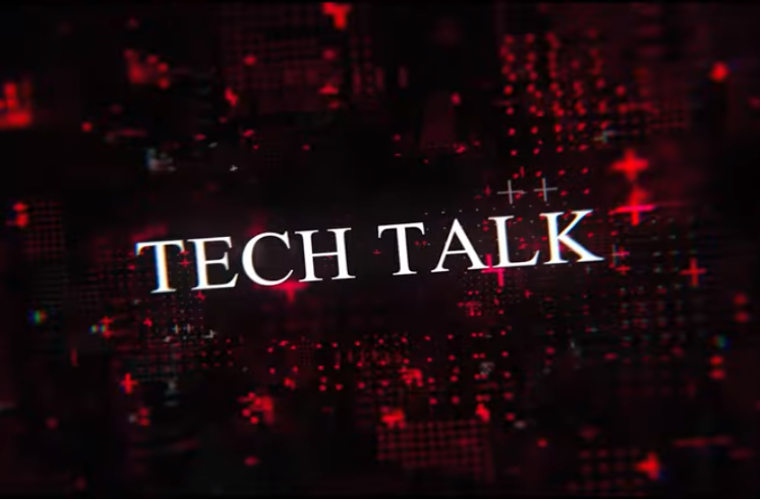 Tech Talk: Not Your Dad’s Windows


It's an APP: Radio Garden

When the hosts of Tech Talk, Mr. Stefan Gearhart, and Josh Rutledge, approached The Debrief about doing a series of shows, the pitch was simple: we’ll review the latest, greatest, most cutting-edge tech on the market and put together a series of shows essentially echoing the futurism approach of the news site. For the most part, the guys have come through, offering shows on Top 21st Century Weapons, Night Vision, UFO Hunting Gear, and a range of other exciting topics.

Now they take a deep dive into the murky waters of humanity’s ongoing technological transformation by breaking down just about as futuristic a product as has ever been made….Microsoft Windows?

Jokes aside, Microsoft hasn’t issued a new Windows OS in 7 years, making this latest release undoubtedly newsworthy. Also, for the first time in the history of The Debrief’s Tech Talk, the guys’ analysis is essentially error-free. (Full disclosure: Their analysis of Windows 11 may actually be full of holes and factual inaccuracies. But unlike previous shows about things like space telescopes, I have no idea if any of what they are saying is accurate or true. I mean, it’s Windows.)

To open their analysis, the software hardheads break down the hardware needed to run Windows 11. This includes a look at the processors approved for the upgrade. As if portending the high level of excitement, anticipation, and suspense around what insanely original Windows functions the guys reveal as the show proceeds, both Josh and Stefan note that the custom PC rigs they both own were unable to accommodate the upgrade.

So, since neither can upgrade to Windows 11, the guys don’t review the OS and instead spend the rest of the show talking about that one time Stefan had a mustache. (No, they don’t)

In truth, the tech talk talkies forge ahead, highlighting how Android phones can sync with Windows. Bam! They also note how the new OS includes emulators of older versions of Windows. This means that your old programs will still work, or whatever. Bazinga!

Fortunately for the more steadfast TT viewer, Rutledge and Gearhart really turn up the heat in the next segment, focusing like a laser on the new taskbar at the bottom of the Windows screen. BOOM! Both are excited about the change, with Gearhart even declaring that he wants to marry the new taskbar (no, he doesn’t).

(BTW, at this point, you aren’t even halfway through the show, even though it already feels like you’ve spent your whole Saturday in traffic school.)

After a gripping exchange about how Windows 11 lets you use panels if you are “restricted to one monitor” (we got it, nerds, you have the gear), the pernicious pair take a detour to talk about the three types of computer users; Apple fans, PC users, and a third group of “oddballs” that work in Linux.

“I can’t,” said Gearhart, sharing the universal reaction to the fact that people still use PC. (I actually think it was a Linux joke. But again, who could tell?)

“Oh, my goodness. Gaming on the Windows 11 machine is amazing,” Rutledge screams at one point, waking me up from a dream about Linus finally kicking the football. “The gaming experience within the Microsoft Game Bar or other places within Windows 11 is far beyond whatever computer gaming experience from a computer you can go and buy off of the shelf was able to provide in the past.”

That sounded significant. I am going to read that quote again.

After finishing up an analysis of the new, staggeringly impossible components of Windows 11, the guys quickly run down some of the small yet notable improvements. The “accouterments,” Rutledge calls them. (Or I just wrote that in my notes. Not going to check.) This list includes small touches like acrylic right-click menus and the ability to copy and paste GIF’s.

“Jif is a peanut butter; GIF is a moving picture,” Gearhart states, agreeing with his co-host that they are pronouncing GIF’s with a hard G. (Really? Even if it is a GIF of a gyrating Geoffrey Giraffe?)


Discovery Expected to Aid the Search for Extraterrestrial Life

The guys also point out that Windows users will no longer be greeted with a blue screen of death in the case of a catastrophic failure. Instead, users will now receive a similar system failure message only on a black screen. A black screen of death, if you will. According to research, this change is unrelated to the #screenofdeathsoblue movement of 2017.

Ultimately, both hosts talk about aspects of the new Windows they liked and seemed to support the new OS overall. However, their final review may be the best part of the show, involving a point-by-point breakdown of what aspects of WIndows 11 they liked and what things they would have liked to have seen included. It starts at about the 30-minute mark and is undoubtedly the best 7 or 8 minutes of the whole episode.

As happens every show, Rutledge and Gearhart close the show by reviewing an APP. This time, they take a closer look at an APP called Radio Garden.

In short, Radio Garden features live feeds of radio from over eight thousand stations around the world. It sounds cool, and so is the review. Watch it.

All in all, the Tech Talk titans of time-wasting do a good job walking potential users through the ups and downs of Windows 11, even if it isn’t exactly the most gripping of all topics. Stay tuned for their next show, where the guys will break down another cutting-edge piece of futuristic tech: the light bulb. (No, they won’t)