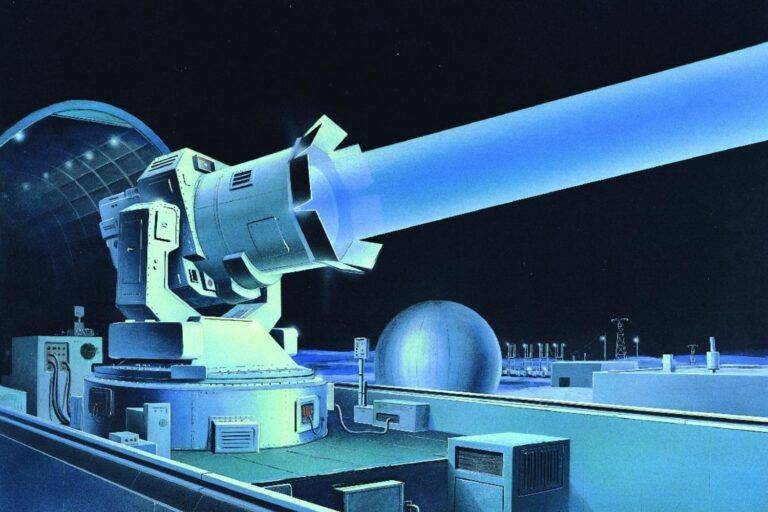 
Once considered science fiction, the future of warfare may rely on these advanced laser weapons systems.

An array of new directed energy programs and technologies were recently showcased at Virginia’s Naval Surface Warfare Center at Dahlgren, during a visit to the facility by Chief of Naval Operations (CNO) Admiral Mike Gilday.

While visiting with sailors and civilians at the facility on November 17, Gilday was briefed on programs related to directed energy weapons and other technologies, according to a press release.

“As we develop the Fleet of the future, it’s important that we invest in weapons that are more precise, have longer range, and give us the ability to make our ships more survivable,” Gilday said, noting that directed energy technologies and other advanced weapons systems currently in development at the Dahlgren facility are no longer merely speculative technologies.

The briefings occurred within weeks of a Department of Defense news release which reported that the military is currently developing new kinds of high-powered laser and microwave directed energy weapons, “in concert with industry in a way designed to achieve optimal outcomes.”

“Consequently, these advantages will support the development of a wide spectrum of military equipment and capabilities,” the report added.

Among the many beneficial functions of DEWs in modern warfare, the report cites their efficacy in neutralization of ballistic missiles, as well as unmanned aerial vehicles (UAVs), rockets, and even enemy electronic warfare capabilities. They can be readily deployed on vehicles designed for land, sea, or air, as well as platforms where their use in non-lethal applications like crowd control may be beneficial.

The report emphasized that while directed energy weapons at their present level of development have potential for use in an offensive capacity, the majority of their practical uses at the current time “are focused on defense systems.”

During his visit to the Naval Surface Warfare Center earlier this month, Gilday was briefed on a variety of laser technology programs similar to those detailed in the GlobalData report, which ranged from High Energy beam technologies to Solid Laser Technology Maturation (SSL-TM) and Layered Laser Defense (LLD).


Science fiction author S.T. Campitelli weighs in on the future of supersoldier technology

The CNO was also provided with updates on the Navy’s Optical Dazzling Interdictor, Navy (ODIN), developed as part of the facility’s Program Executive Office Integrated Warfare Systems. The first of these systems was installed earlier this year aboard the USS Dewey (DDG-105), an Arleigh Burke-class guided missile destroyer with Destroyer Squadron 1 of Carrier Strike Group One.

“The ODIN program is still in its infancy,” notes Colton Jones writing for the Defense Blog, “but the Navy hopes to roll it out with other ships in the fleet over the next couple of years.”

“The development and fielding of new technology like directed energy and high-velocity projectiles are not science fiction,” Gilday said during his visit.

“They’re happening today,” he said, adding that “the workforce here in Dahlgren is making that happen.”