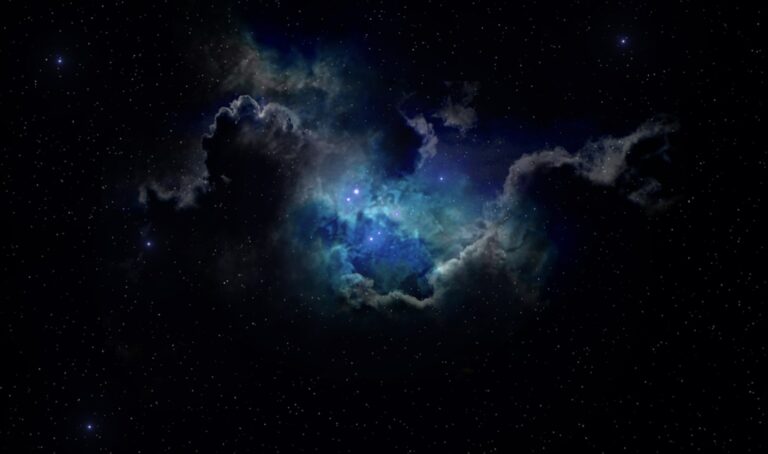 The Enigmatic Cosmos: Universal Laws and Life on Other Worlds

Decades ago, many of us naively expected science to figure out the simplicity of the physical universe long before grasping the complexity of life. Is this the case now?

Great progress had indeed been made in understanding the sequence of events that followed the Big Bang, including the synthesis of light elements, the emergence of galaxies and their large-scale distribution from the gravitational growth of seed inhomogeneities, and the imprint of these tiny-amplitude seeds as faint brightness fluctuations in the wallpaper of the cosmic microwave background.

But the fundamentals appear more mysterious than ever. We still do not know the nature of most of the matter in the Universe, labelled as “dark matter” since Fritz Zwicky first noticed it in 1933. The existence of this matter is inferred through its influence on ordinary matter and radiation. The situation resembles an invisible actor who is never seen on stage but whose existence is implied from what other actors say or do throughout the play. And there is also the cosmological constant, added by Albert Einstein to his equations in 1917 to counteract the attractive gravity of cosmic matter but now recognized to accelerate the expansion of the rarefying Universe.

The constant can be associated with the energy-momentum tensor in Einstein’s equations and hence interpreted as the constant energy density of the vacuum. But its observed magnitude, which may be considered a constant of nature – like the mass of the electron, represents a low energy scale of a billionth of the electron mass, where new physics is not expected. If the current state of the vacuum will not decay in our cosmic future, then the merged product of the Milky-Way and Andromeda will be surrounded by a dark void of emptiness with no visible galaxies out to our cosmic horizon, as soon as the Universe will age by a factor of ten.

As far as we know, most cosmic matter is “dark matter”, the vacuum is full of “dark energy”, and our future is literally dark. These realizations are not as uplifting as we would have hoped decades ago. In addition, we do not know what happened before the Big Bang.

Altogether, the repetition of the word “dark” in our cosmic vocabulary can be regarded as an admission in ignorance. Yes, we have a precise, percent-level account of the mass budget and expansion history of the Universe. But we lack understanding of the nature of the constituents that are responsible for that, except the minority of familiar matter that we find in our backyard of the Solar system. In addition, we lack knowledge of the distant past and future of cosmic evolution. Altogether, it is clear that what we find in the Solar system at the present time is not sufficient to explain what we infer to exist in the cosmos at large.

Our imagination is naturally limited by experience. But the surprise is that new data accumulated over the past century informs us that our local experience in the Solar system is insufficient to explain the big picture. We have groceries in our bag which we had never seen on the shelves of our kitchen at home. The same holds for material objects venturing into the Solar system from interstellar space. The first two out of the three interstellar objects discovered over the past decade appear unlike the familiar comets or asteroids in the Solar system.

This all has to do with the physical universe. What is the scorecard for life? We are only starting to venture now into the biological universe. What we have learned about the physical universe was based on the laws of physics that we unraveled through laboratory experiments, sometimes under extreme, artificially-manufactured and controlled physical conditions. These laws appear to be universal and apply throughout the cosmos to exquisite precision. Could we extend the same approach to the study of life on other worlds from elsewhere in the cosmos?

This protocol would mean producing synthetic life in our laboratories under conditions that were not realized on Earth, and then checking whether the resulting forms of life or their signatures are found in celestial objects like planets, Moons or asteroids. This endeavor would resemble writing a cookbook of recipes for life on other worlds.

We have not yet produced synthetic life, but one of the pioneering  laboratories in this research frontier is headed by the Nobel Laureate, Jack Szostak. Jack told me that he is much more convinced now compared to a decade ago, when he started his laboratory work on synthetic life, that natural life started randomly from a soup of chemicals on early Earth.

In parallel  to laboratory efforts, astronomers may conduct a blind search for life beyond Earth. We can start with objects we can visit on a short trip in the Solar system. If we find extraterrestrial life on other worlds, such as the surface of Mars, in the clouds of Venus, or in the plumes coming out of the cracks in the icy surface of Enceladus or Europa, the follow-up question is whether this life on other worlds is similar to terrestrial life here on Earth? Based on our experience with the physical universe, we should be open to the possibility that anything in foreign territories would be very different from “life-as-we-know-it”.

If, despite the diverse range of possible life forms available, we will find islands of similar forms of life on objects that reside close to each other, then this would suggest that life may have been transferred from one object to another, potentially carried by rocks ejected by meteor impacts.

The seeding of life on other worlds could also be supervised by an advanced technological civilization that manufactures a plethora of synthetic life-forms and decided to match each seed to the environments where it can grow, like a gardener seeding plants in different soils.

We will be able to distinguish among these possibilities with future data on the living universe beyond Earth?

We should also recognize that sometimes the correct ideas predate robust data. The overarching theme was already noted in 1781 by the philosopher Immanuel Kant in his book Critique of Pure Reason: “A plant, an animal, the regular order of nature — probably also the disposition of the whole universe — give manifest evidence that they are possible only by means of and according to ideas“.

In retrospect, there is a good reason for us to celebrate Kant’s ideas. In the Universal Natural History, Kant correctly deduced in 1755 that the Solar system had formed from a large cloud of gas. Kant also correctly inferred that the Milky Way was a disk of stars, which he theorized formed from a larger spinning gas cloud. He further suggested that other distant “nebulae” might be other galaxies.

This was 165 years before the Great Debate between Harlow Shapely and Heber Curtis on the same issue in 1920. Shapley had much more data at his disposal than Kant, yet he reached the wrong conclusion.

As such cases show, we should recognize that, at least sometimes, ideas that end up proving to be correct do actually predate the robust data needed to confirm them.